A breakfast meeting focusing on climate and health 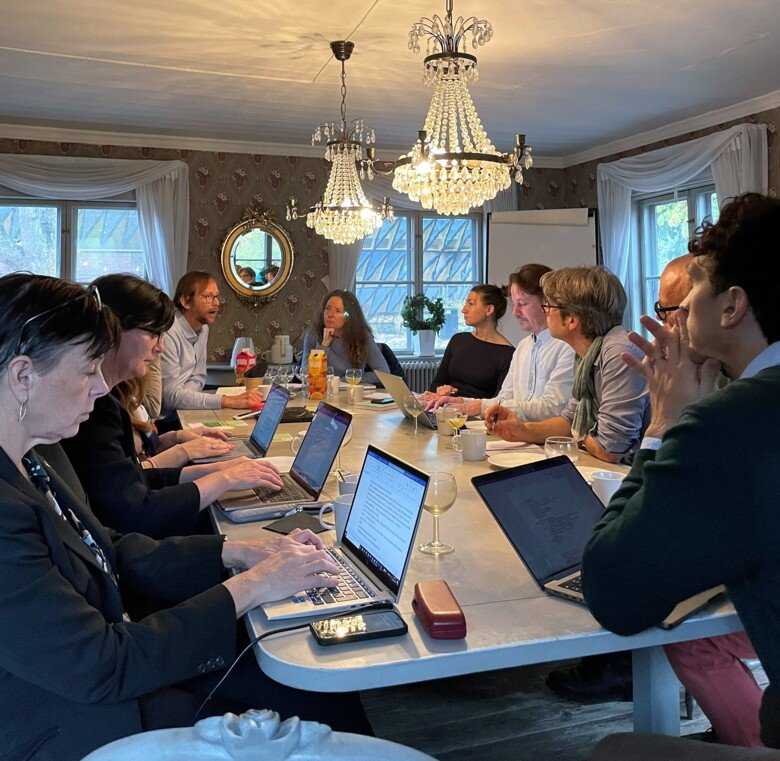 Representatives from centres within Stockholm trio met at KI for a breakfast meeting and a chance to engage in conversations about activities and collaborations within the topic of climate and health. The collaboration group on climate and health creates spaces and opportunities for interdisciplinary cooperation in this wide and complex field. 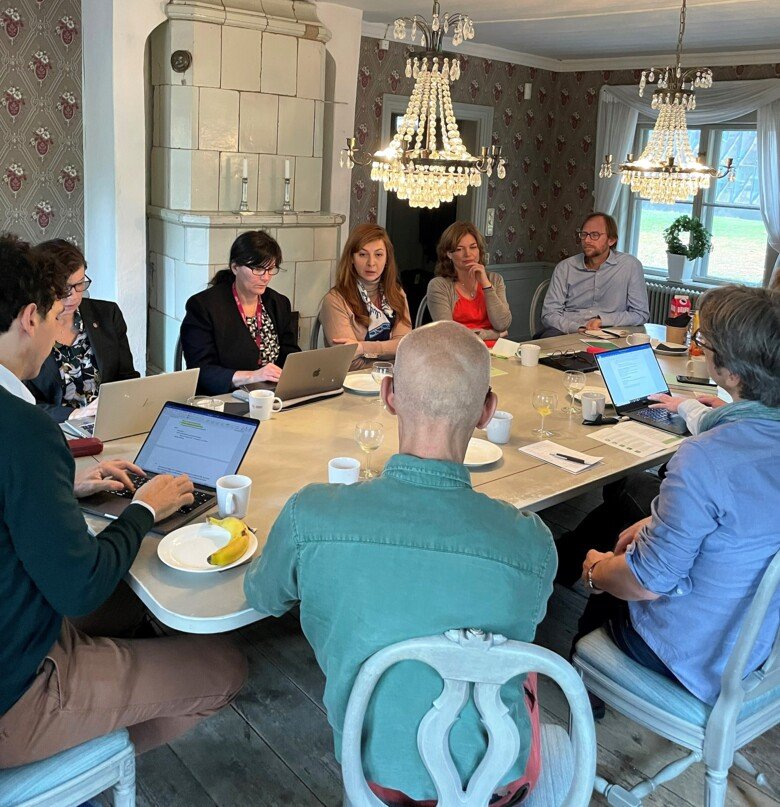 Caption:
Breakfast meeting on the collaboration on climate and health in Stockholm trio Photo: Sonia Hammi

On the 26th of October representatives from the Bolin Centre on Climate Change at Stockholm University, KTH Climate Action Centre, SIGHT at the Royal Academy of Science, and the Centre of Excellence for Sustainable Health (CESH) and Centre for Health Crises at KI met in the picturesque Gammelgården on KI’s Solna campus. The aim of the breakfast meeting was to present the research that is being conducted at the various centres and discuss forums for cooperation and collaboration on the topic of climate and health.

This was the second time the group met. The idea behind it is to give the representatives of the centres an opportunity to exchange experiences and share what is going on within this broad and multifaceted field. All the centres in the group are connected to one of the three universities that make up the alliance Stockholm trio.

Johan von Scheeb and Anna Zorzet welcomed everyone to the meeting and gave a brief introduction to the work being done by the Centre for Health Crises, focusing on one of the centre’s strategic goals, namely that to ”catalyse research collaborations within the field of health crises and create meeting spaces for interdisciplinary collaboration". Petter Ljungman from the Institute of Environmental Medicine and the Centre for Health Crises told the group about, among other thing, his work in India on air pollution and the possibility to see that as a short-term indicator of climate change. He also conducts research on both extreme heat and the effect of more moderate temperature changes, for example for pregnant women.

Tobias Alfvén from CESH presented on their collaboration with Makarere University in Uganda, where they run several capacity-building projects, such as the development of Tools for Action and the introduction BVC-model (BVC = barnavårdscentral, child care centre). The centre also runs other projects on mental health and sexual and reproductive health, along with, among others, universities in Somalia and the DRC.

Representing the Bolin Centre on Climate research, Gustaf Hugelius introduced the centre’s organisation. The centre was established in 2006, works in four thematic areas and has over 400 affiliated researchers. From among the research they conduct, he highlighted the work on modelling extreme weather as a result of climate change, which has made great strides in the last few years. Here they collaborate with SMHI (the Swedish Meteorological and Hydrological Institute) and academics in Lund and Göteborg, and he suggested that this could be a potential future area of collaboration.

Conferences and a focus on AI and machine learning

On behalf of SIGHT, Sara Causevic presented on the work with the Lancet-SIGHT commission on ‘Peaceful societies through Health and Gender Equality’. She also mentioned that SIGHT is involved in the Prince Mahidol Conference that is held every year in Thailand, and where this year’s theme is Climate Change and Health. SIGHT collaborates with the WHO on various projects (on different levels, for example with the national office in Somalia) as well as with Heidelberg University and partners in Burkina Faso.

Francesco Fuso-Nerini and Karin Larsdotter from KTH Climate Action Centre told the meeting about the centre’s first year in operation, and how they have decided to make sure to include researchers from all of KTH’s five schools. They have recently employed five post-docs, who, among other things, will focus on AI and machine learning. Another research area, which connects to the previously mentioned topic of air pollution, is access to more modern fuel for cooking indoors. At the moment, indoor cooking is done on woodfired stoves in many parts of the world. In this research area they collaborate with Clean Cooking Alliance in Nepal and Kenya, as well as with Duke University.

After the presentations there was a lively discussion about how to make potential collaboration projects a reality. One idea that was considered is to pick one issue with clear health effects and highlight the ’cost of inaction’, i.e., what the result will be if we do not act on climate change, both in terms of lives lost, as well as economic costs, to maximise impact with decision makers. It was decided that these ideas will be developed further at the next meeting, which will be held on the 15th of December and  hosted by the Bolin Centre of Climate Change at Stockholm university.