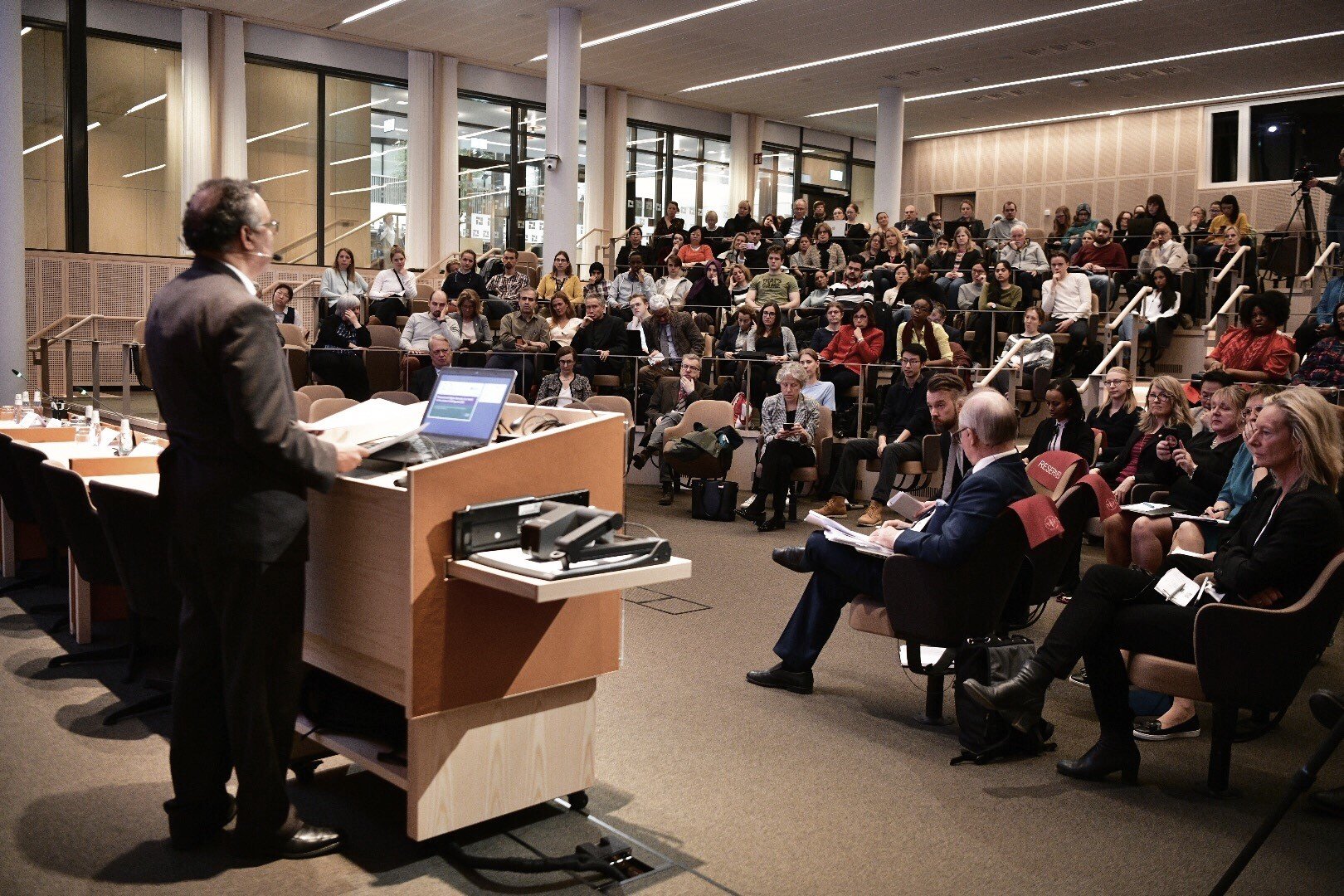 WHO Director-General Dr. Tedros Adhanom Ghebreyesus, visited Karolinska Institutet and Campus Solna on Tuesday morning. In the presence of students, teachers, researchers and other KI employees, he discussed the education and research and KI's role for the WHO and for the opportunities of achieving the UN Global Goals for Sustainable Development.

Basic research, knowledge development, education and communication about this are crucial keys to a more equitably distributed global health. The World Health Organization is currently in the process of strengthening its research-oriented knowledge development activities, and in this context, it is important to expand and cooperate with the research that is taking place around the world. Here, a recognized medical university like KI has a great and crucial part.

It was one of the messages from the WHO Director-General Dr. Tedros' message he spoke in Biomedicum’s aula before Tuesday morning. The visit to KI took place at President Ole Petter Ottersen's invitation. For just under two hours, the Director-General got to know KI's activities and discuss various approaches and issues based on WHO's role, the UN's 17 global goals for sustainable development and what research and education can contribute.

President Ole Petter Ottersen led a discussion on this subject with a panel of six KI researchers: Danuta Wasserman, Kristina Gemzell Danielsson, Emily Holmes, Marie Arsenian Henriksson, Johan von Schreeb and Knut Lönnroth – all in many ways very active in international health issues. In addition, KI students Tianqi Charles Zhang and Anne Flint were given the opportunity to post and ask questions directly to the Director-General.

The morning at KI became intense and committed and there were many very interesting questions and discussions that were raised. As often as such occasions, the meeting could safely continue for several hours. The Ministry of Foreign affairs was next on the agenda for Dr. Tedros, Ole Petter Ottersen had to round off the seminar with some closing words. However, there is good hope that the WHO Director-General will visit KI again soon, he has provisionally accepted an invitation to a conference that is still at the planning stage. More on this later.

For the WHO Director-General, the Stockholm visit continued with the conference Introduction WHO Partners Forum, which began on Tuesday afternoon and continued throughout Wednesday.

Watch movie from the visit