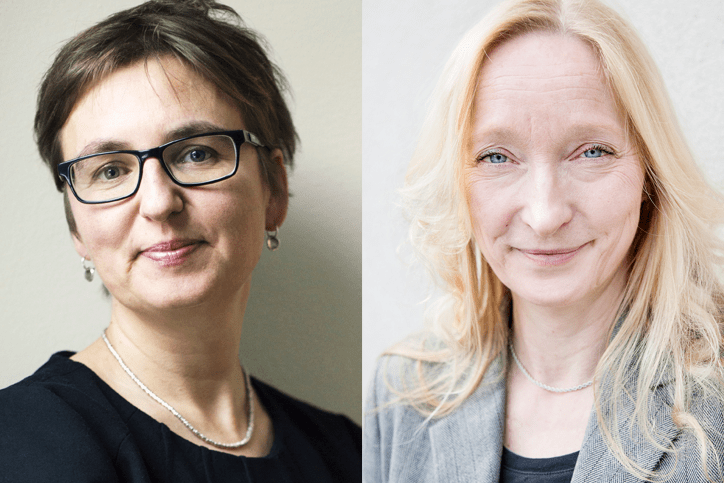 Birgitta Henriques Normark conducts research in the field of experimental and clinical infection biology. An overriding theme of her work is the study of pneumococci, bacteria that can cause, e.g., ear infections, pneumonia and meningitis.

Pneumococci are found in the normal flora of healthy people. One key issue is the identification of the mechanisms that cause them to result in serious infections in certain cases. Another goal is to determine how new strains form and become resistant to antibiotics. Birgitta Henriques Normark also conducts national surveillance of severe pneumococcal infections and monitors the effects of the introduction of a pneumococcal vaccine into the Swedish vaccination program.

Birgitta Henriques Normark is a senior physician and in 2017 she was named as a Wallenberg Clinical Scholar.

Emily Holmes’ research focuses on how advances in basic research can be used to develop and improve psychological treatment methods. She is specifically focused on how we think and remember in images, and how understanding the manner in which mental images function can allow us to develop new and more effective treatments. Her research has shown that mental images and visual thinking play an important role in psychological illnesses such as post-traumatic stress disorder (PTSD).

Emily Holmes also works with the prevention of mental illness, including by investigating whether early interventions conducted in connection with emergency care can prevent the development of intrusive, unpleasant visual memories in people who have experienced traumatic events.

Emily Holmes is also a visiting professor at the Department of Psychiatry at the University of Oxford.

The Royal Swedish Academy of Sciences was founded in 1739 and is an independent, private organization whose overall objective is to promote the sciences and to advance their influence in society.