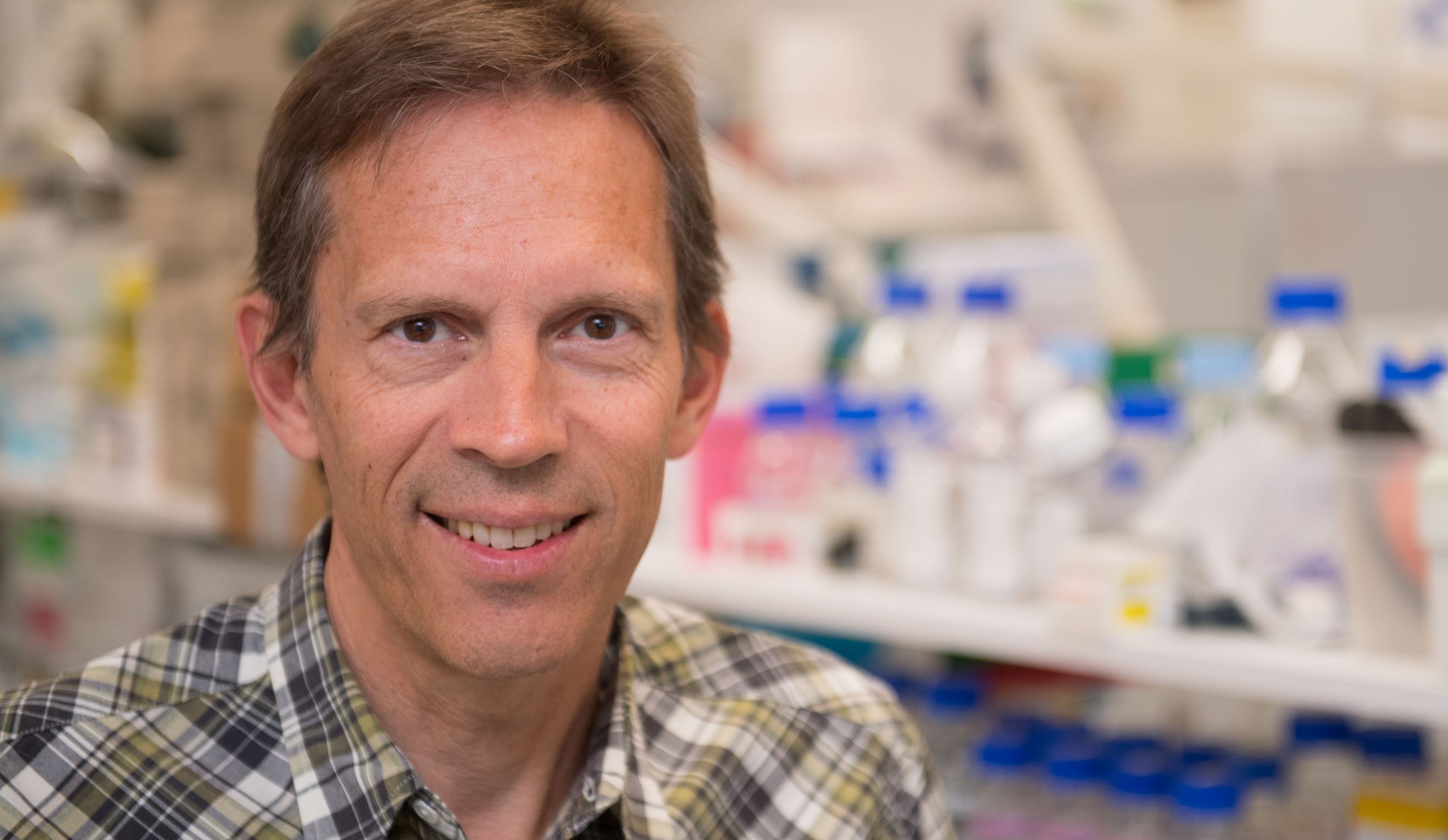 KI researcher Thomas Perlmann has been awarded the 2017 Torsten Söderberg Academy Professorial Chair in Medicine for his “groundbreaking research into the growth of dopamine-producing neurons”. The grant is for SEK 10 million over a five-year period.

Is it possible to make the human brain grow new dopamine cells and thus repair itself from serious diseases such as Parkinson’s? This is one of the main questions being investigated by Professor Thomas Perlmann at the Department of Cell and Molecular Biology, who has just recently moved his research group into KI’s new Biomedicum research building in Solna.

“This grant comes at a very good moment, just when we’re planning to take our research in partly new directions. It means a great deal and it will help us to make faster progress,” says Thomas Perlmann in a press release from the Royal Swedish Academy of Sciences.

Thomas Perlmann’s research seeks to understand how nerve cells are formed in utero, and what it is that causes stem cells to become dopamine cells. The loss of dopamine cells is associated with many of the serious symptoms that affect patients with Parkinson’s disease. The dysfunction of dopamine cells is also linked with other serious conditions, such as schizophrenia, autism and drug addiction.

“We want to understand why new cells of this type are not normally produced in humans, unlike in some other animal species,” he says. “This is an important fundamental question in biology but it would also be very exciting if we could make the brain repair itself by re-activating the formation of new neurons. If we could manipulate this mechanism, it would enable us to work on ways to cure or at least improve the prognosis of people suffering from conditions such as Parkinson’s disease.”

The Torsten Söderberg Foundation awards grants for scientific research, primarily in the fields of medicine, economics and law. The Torsten Söderberg Academy’s Professorial Chair in Medicine is to promote internationally outstanding research in medicine by enabling the incumbent to devote his or her time to research for a five-year period at a Swedish medical faculty. The grant is prepared and decided by the Royal Swedish Academy of Sciences following a peer-review process.