Stockholm trio sets up in Brussels 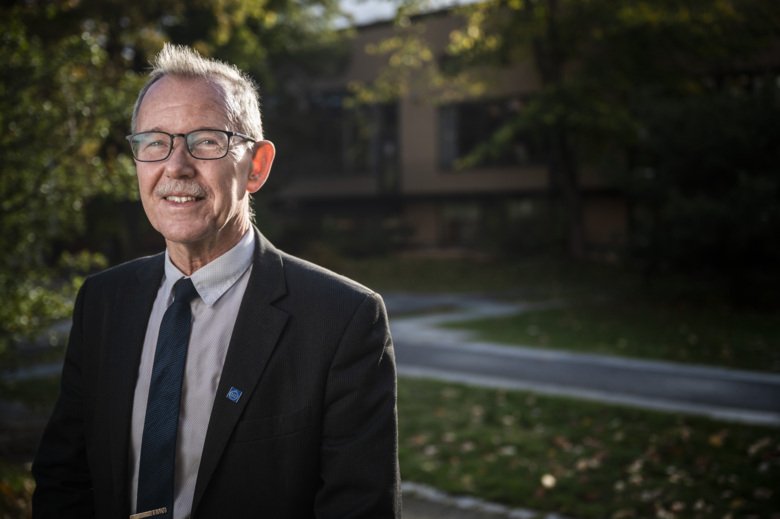 A year has passed now since Karolinska Institutet, the Royal Institute of Technology (KTH) and Stockholm University formed the university alliance Stockholm trio. Together, the three academic institutions seek to develop and promote the international research and education environment of the Stockholm region, and will establish a joint office in Brussels. Veteran of the EU scene, Dan Andrée is now laying the foundations of the office.

After 23 years in various positions, Dan Andrée has learnt pretty much all there is to know about networks and visibility in the EU Commission’s gigantic machinery.

“It promises to be really exciting and there are excellent conditions for Stockholm trio there,” he says.

Andrée has been stationed in the Belgian capital working for, amongst other bodies, the EU Commission, Vinnova (The Swedish governmental agency for innovation systems) and the government offices, and has worked with most EU research programmes, of which Horizon Europa – a seven-year programme starting next year – is the ninth in succession.

“Everyone wants to be in Brussels,” he says. “Companies, individual operators, government agencies, and Higher Education Institutions in particular – but then you should bear in mind that there are 6,000 HEI’s in Europe.”

Stockholm trio is well-placed in this respect. After Brexit, the alliance between Karolinska Institutet, Stockholm University and KTH is the largest actor as regards research grants in the EU.

“Sometimes you look perhaps a little too much at the resources you’ll get and if it’s worth applying for research projects in the EU.”

He points out instead the crucial gains to be made in scaling up your research in a European research group and in taking home new knowledge.

“Take AI, for instance. Swedish research, even if it’s good in this field, is just a drop in the ocean. But in a European research context, there are rich pickings. It’s about choosing projects with care and finding synergies with your own programmes/projects.”

Another aspect is being able to influence the EU agenda, and one good way of understanding the mechanics of the system is to be a part of evaluation and expert committees:

“I swear there is no better course for anyone wanting to write an application than to be an evaluator.”

Sweden’s good reputation as a research and innovation nation is a boon in the establishment of Stockholm trio in Brussels. Another is the different strategic collaborations between the three institutions. Andrée explains:

“Collaborating with Stockholm City, the region and other users in the regions makes the benefits and effects of the research and the impact on projects easily demonstrable.”