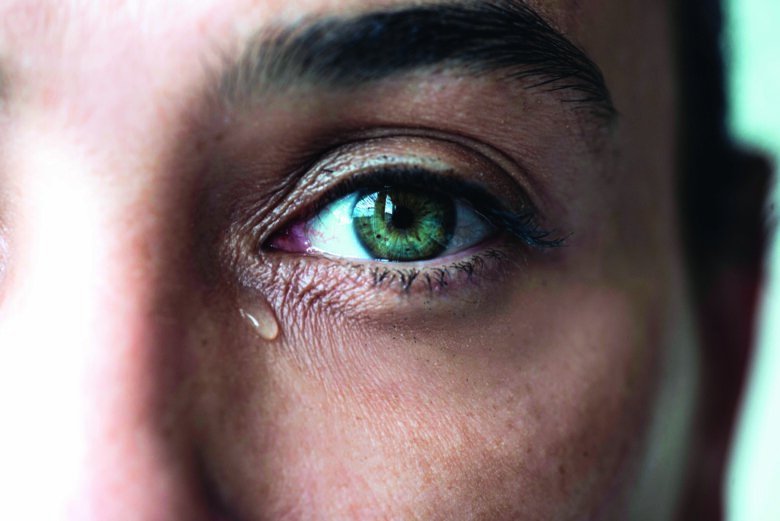 Caption:
Grief is one of the few emotions that does not have a biological benefit. Photo: Getty Images

Deep grief has both mental and physical health consequences for the sufferer that can take decades to heal. People can even die of grief. It is therefore important to try to alleviate the effects of severe grief, something that we in Sweden aren’t particularly good at. 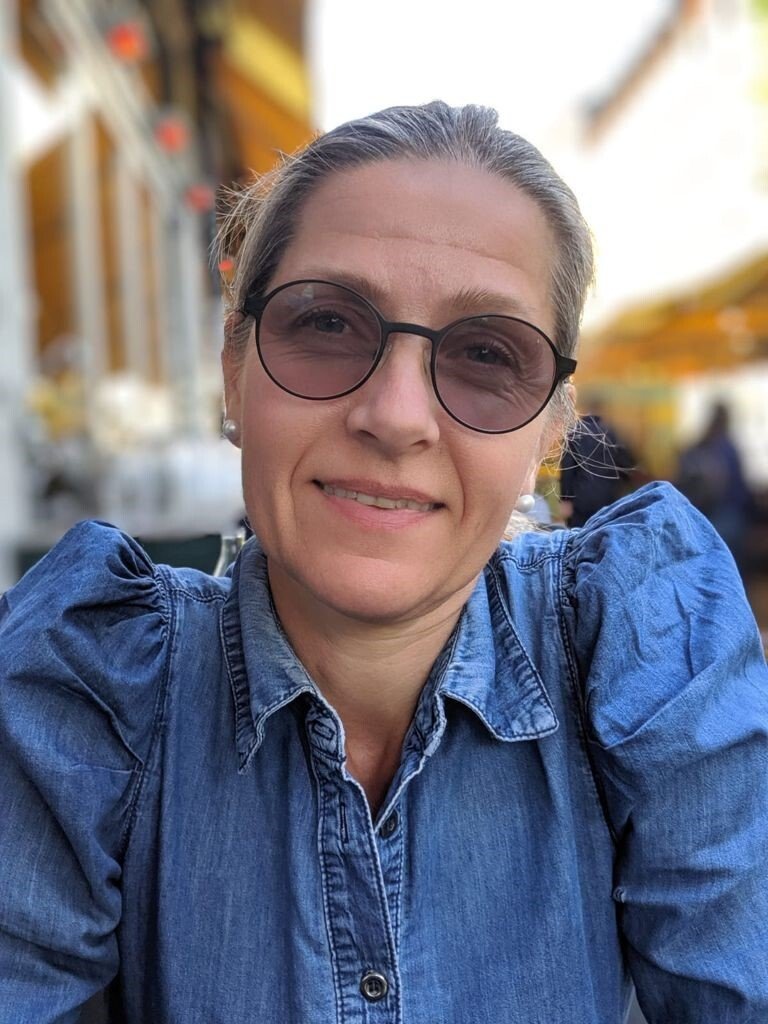 ‘Grief is the price of love. If you love someone, if you have a strong bond, then you also experience a lot of grief when you lose that person,’ says Ulrika Kreicbergs, professor in palliative care of children and young people at Marie Cederschiöld University in Stockholm and researcher at the Department of Women’s and Children’s Health, Karolinska Institutet.

For many years, Kreicbergs has been studying families who have lost a child. Something that affects them both deeply and for a long time. In her studies, she has found that four to six years after a loss, the parents still suffer from anxiety and depression to a much greater extent than parents who have not lost a child.

‘Parents who have lost a child are at a higher risk of mental illness,’ she says. ‘They sleep badly and they don’t feel well. It is only after seven to nine years that they begin to feel about the same as parents who have not lost a child.’

Kreicbergs refers to a large Danish registry study of over one million parents showing that parents of a child who died have a 60 to 80 per cent higher risk of being hospitalized for psychiatric disorders, with mothers having the higher risk, and a 40 per cent higher risk of themselves dying during the first 18 years after the loss of a child than parents who have not lost a child. That it is possible to die of grief is thus a medically proven fact. 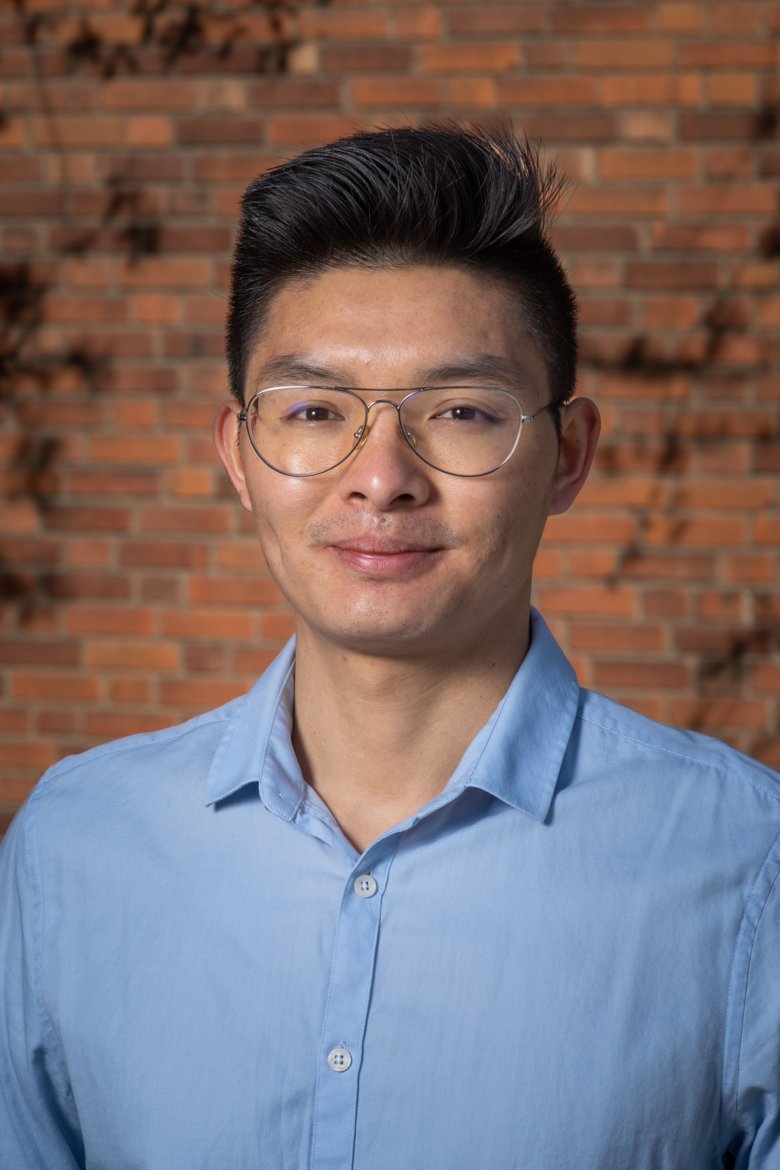 ‘When you experience deep grief, such as with the loss of a child,’ Wei says, ‘you also suffer a sort of shock that affects the body’s hormone secretion and cardiovascular system. Different biomarkers are released that lead to inflammation, high blood pressure, high heart rate and low heart rate variability. These changes increase the risk of cardiovascular disease.’

There is even a condition called ‘broken heart syndrome’.

‘If a person suffers a life-changing event,’ says Wei, ‘the person’s heart can be damaged, and it then isn’t able to pump enough blood to the organs. So there is a connection.’

Wei has used both the Swedish and the Danish birth registries and analysed over 6.7 million parents who had children between 1973 and 2016. He found that parents who lost a child had a significantly higher risk of developing cardiovascular disease and cardiac infarction. The risk is by far the greatest the week following the death of the child, when the parents are at nearly four times greater risk of having a heart attack than parents who have not lost a child. The risk is somewhat higher among parents whose children have died of a cardiovascular disease, which may point to heart-related risks in the family, but even for parents whose children died of other causes, there is a clear increase in the risk for cardiovascular disease and cardiac infarction.

The risk decreases over time, but even with a follow-up period of over 20 years, the risk does not decrease to zero.

‘Even after ten years,’ says Wei, ‘we can see that the parents have between 10 and 15 per cent increased risk for heart disease and after 20 years, they are still affected. Not as much as in the beginning, but still.’

The reason that the increased risk of cardiovascular disease remains for so long, Wei says, is due to a combination effect. The direct physiological shock effect increases the risk immediately after the death, while the psychological effects have an impact for a longer period of time. Parents who suffer depression and anxiety after their child’s death often lose focus on their own lives. They stop taking care of themselves, they exercise less, they eat worse, some start smoking, others drink more alcohol. This results in secondary physiological effects that also increase the risk of cardiovascular disease. And because the psychological effects remain for many years, the consequences of them are even longer lasting.

‘It is our hypothesis that the different psychological and physiological effects of powerful grief covary in an unfortunate way so that the heart-related risks remain elevated for a prolonged period of time,’ says Wei.

To lose a child

Both Dang Wei and Ulrika Kreicbergs also point to the rather paradoxical fact that in Western societies today, it’s even tougher to suffer the grief of losing a child than what it was before.

‘In Sweden 150 years ago,’ says Kreicbergs, ‘almost all families bore the grief of losing a child or two, but today, it’s so unusual to lose a child that you become very alone in this feeling. I think that our ignorance of grief makes it even more difficult to bear.’

This is also noticeable when parents who have lost a child meet in different networks. They have a completely different language and bearing there, she says.

‘I was absolutely horrified the first time I was at one of these. They laugh, sit in saunas and drink beer. They said that “when we’re with other people who’ve lost a child, we can be ourselves because everyone knows how it is”’.

Ulrika Kreicbergs’s studies of parents who have lost a child are based on major national surveys and show that grief affects the parents relatively equally and it is difficult to point to any clear differences in gender.

However, men often handle their grief differently than women.

‘Men tend to prefer to talk to their partner about their grief,’ says Kreicbergs. ‘They seldom want to go to a therapist. Sometimes they can find, for example, a tennis partner and handle their grief in that way.’

But she emphasizes that single men, for example after a divorce following the loss of the child, are often forgotten.

‘The health care services must therefore get better at paying attention to men who no longer have a partner,’ she says. 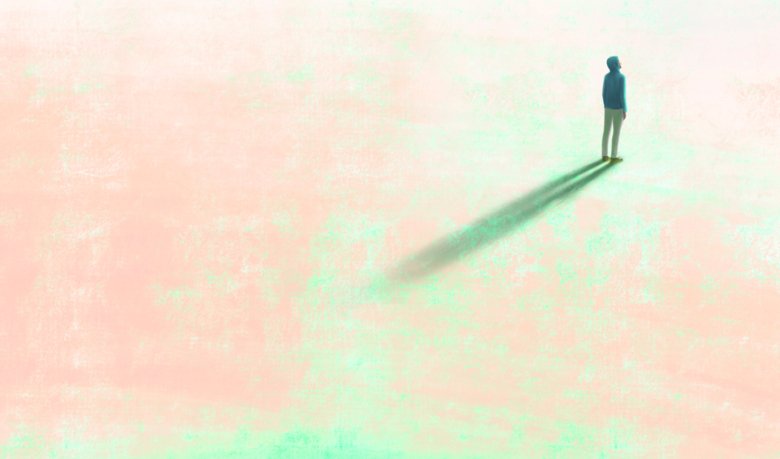 Other who are also easily forgotten after a child’s death are the siblings of the child who passed away.

‘They suffer double grief because they have first lost a brother or sister and then also lose their parents to grief,’ says Kreicbergs. ‘Then when they’re walking around town or at school, everyone asks “How are your mum and dad?” but no one asks “How are you?”. And they also may have not received much attention over the past three years because their brother or sister had a brain tumour.’

She says that siblings often avoid talking about their dead sibling because they want to protect their parents, but at the same time this contributes to an increased risk of psychological effects because they don’t talk. To determine if it’s possible to avoid this, a study is now being conducted in which researchers are taking a new approach to the issue.

‘We’re doing an intervention that is family-oriented rather than grief-oriented,’ says Kreicbergs. ‘Already during the illness period, we open up for family communication in which we talk to the family about the illness and speak with each member of the family about their needs, including the child who is sick. “How do you want us to talk about this together? What have you not said before? Can we help you to say that to your family?” We think that we can help both the families in which the child survives and the ones in which the child dies.’

She has previously shown that parents who talked about their problems during the child’s illness and those who received psychological support during the child’s last month of life were able to process their grief to a significantly higher degree than those who did not receive this type of support. But in Sweden, the handling and the care of grieving families is far from optimal. There is no systematic plan for how support should be provided. On the contrary, support has been dismantled.

‘They’ve reduced the number of counsellors and there are no counsellors directly associated with the ward or department, but instead they’re more centralized,’ says Kreicbergs. ‘Then this support afterwards – where should that come from? Is it the health care services, outpatient care, the Childhood Cancer Fund, the church, or where? There’s a gap here. And it’s even worse for the siblings. The school doesn’t have much to offer, and the children are too healthy for the child and adolescent psychiatry services. It’s hard to find the right forum for them.’

In other countries, they’ve come further. In the United Kingdom, for example, there is something called ‘Child bereavement UK’, which educates teachers so that they have a better understanding of grief and how it works.

‘How do you respond to a grieving child and how long will the grief last? It is important for the teachers to know that, for the football team to know that, and so on. With knowledge, we can make things easier for these children and their parents,’ says Kreicbergs.

Something that doesn’t exist in Sweden yet.

‘No, but we’re working on it,’ Kreicbergs says.

She explains that the Childhood Cancer Fund has started a support programme aimed at families who have lost a child, in which they can take part in conversations between a family, a researcher and a therapist, and later talk in closed groups. One variant of this support initiative is even out on YouTube under the name ‘En serie om sorg’ (‘A series on grief’) and consists of ten half-hour programmes discussing various topics.

Friends and relatives can also contribute a lot and studies show that an individual’s social network has a stronger positive effect than the professional one. Many people also cope well with their own social network, but it is difficult for the health care services to know who has a good social network and who doesn’t. That is why psychological support needs to be offered to everyone, she says.

How to help someone who is deeply grieving

Supporting a person who is suffering grief does not need to be complicated.

Help with practical things. Mowing the lawn, cooking meals or doing something else that makes the practical part of life easier.

Take command and organize help for the family. Many people wish for a contact person who can manage who will do what and when. This also makes it easier for those who want to help.

Physical activity. Exercise can help with both psychological symptoms and symptoms from the heart. But a person who has just lost a family member doesn’t have any great desire to exercise. Friends and family members can therefore help by encouraging them to go for a walk now and then.