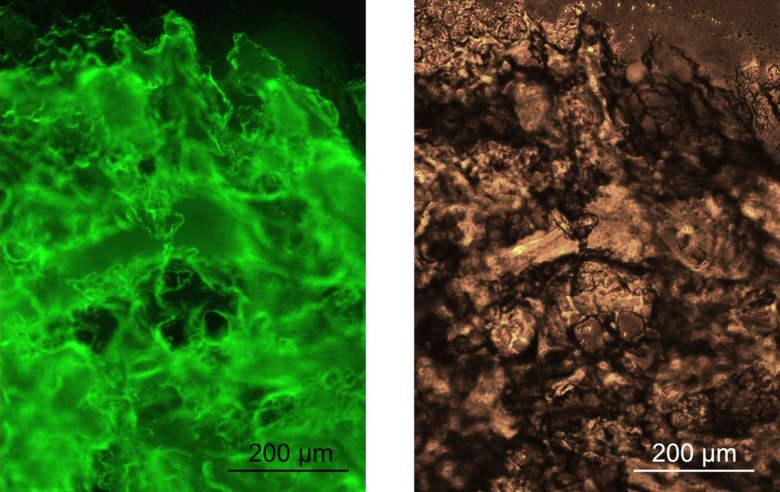 Caption:
The hydrogels stained with a fluorescent dye that binds to amyloid structures and the corresponding brightfield image. Microscope photo: Tina Arndt.

Researchers at KI and SLU have discovered that spider silk proteins can be fused to biologically active proteins and be converted into a gel at body temperature. One of the goals is to develop an injectable protein solution that forms a gel inside the body, which could be used in tissue engineering and for drug release, but also make gels that can streamline chemical processes where enzymes are used. The study is published in Nature Communications. 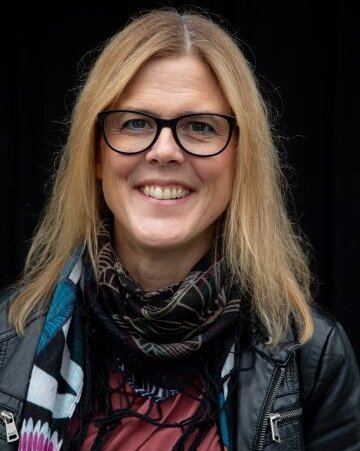 “We have developed a completely new method for creating a three-dimensional gel from spider silk that can be designed to deliver different functional proteins,” says Anna Rising, research group leader at the Department of Biosciences and Nutrition, Karolinska Institutet (KI) and professor at the Department of Anatomy, Physiology and Biochemistry, Swedish University of Agricultural Sciences (SLU). “The proteins in the gel are very close together and the method is so mild that it can be used even for sensitive proteins.”

In the future, the researchers hope to develop an injectable protein solution that forms a gel inside the body. The ability to design hydrogels with specific functions opens up for a range of possible applications.

Such a gel could, for example, be used to achieve a controlled release of drugs into the body. In the chemical industry, it could be fused to enzymes, a form of proteins used to speed up various chemical processes. 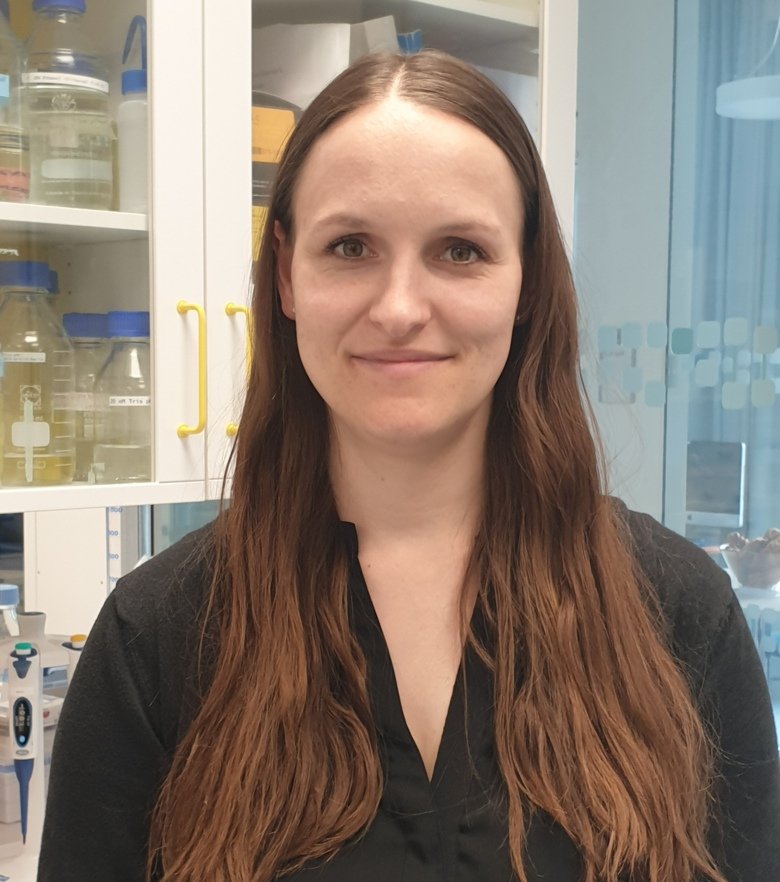 “In the slightly longer term, I think injectable gels can become very useful in regenerative medicine,” says the study’s first author Tina Arndt, PhD student in Anna Rising’s research group at Karolinska Institutet. “We have a long way to go, but the fact that the protein solution quickly forms a gel at body temperature and that the spider silk has been shown to be well tolerated by the body is promising.”

The ability of spiders to spin incredibly strong fibres from a silk protein solution in fractions of a second has sparked an interest in the underlying molecular mechanisms. The researchers at KI and SLU have been particularly interested in the spiders' ability to keep proteins soluble so that they do not clump together before the spinning of the spider silk. They have previously developed a method for the production of valuable proteins which mimics the process the spider uses to produce and store its silk proteins.

"We have previously shown that a specific part of the spider silk protein called the N-terminal domain is produced in large quantities and can keep other proteins soluble, and we can exploit this for medical applications,” says Anna Rising. “We have let bacteria produce this part of the protein linked to functional proteins, including various drugs and enzymes.”

Transformed into a gel

The new study shows that the N-terminal domain also has the ability to change shape and transition to small fibrils that cause the protein solution to be converted into a gel if incubated at 37 °C. In addition, it can be fused to functional proteins that preserve their function in the gel.