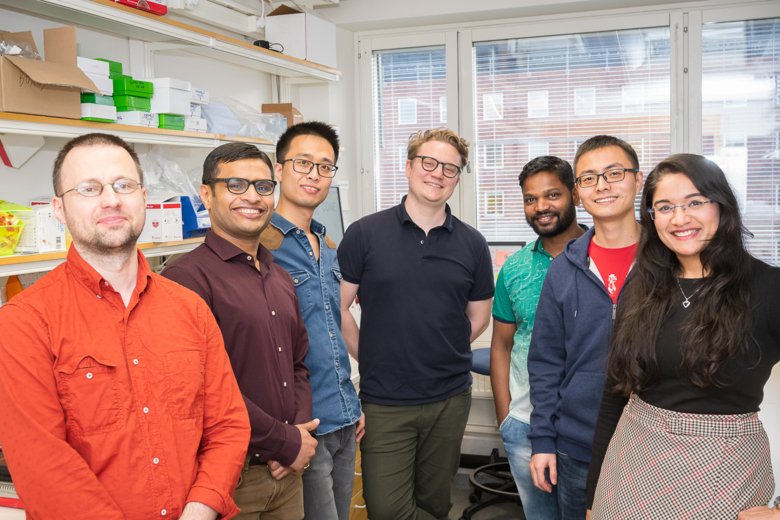 Endogenous proteins that play a vital part in allergies and parasitic infection can prevent the immune system from wrongly attacking the body and causing inflamed joints, a study from Karolinska Institutet published in the scientific journal PNAS reports. The researchers hope that the results will give rise to new drugs for rheumatoid arthritis.

In protecting us against infections, our immune systems are vital to our survival. Unfortunately, immune cells can sometimes wrongly attack the body, resulting in what are called autoimmune diseases. These diseases are often serious and affect some five per cent of the population. One example is rheumatoid arthritis, in which the patient’s immune system attacks the joints, causing inflammation and pain. If scientists are to develop better treatments for such patients, they need to understand in detail how immune cells are regulated.

Researchers at Karolinska Institutet have now discovered that certain proteins called IL-4 and IL-13 can play an important part in preventing autoimmune attacks. The proteins, which are secreted by immune cells in the presence of allergens or parasitic infections, influence the behaviour of a specific type of immune cell called a neutrophil. Neutrophils are commonly the most abundant immune cells found in the actively inflamed joints of patients with rheumatoid arthritis. They are particularly virulent against tissue since they can secrete various fairly non-specific tissue irritants.

Previous research has shown that IL-4 and IL-13 can affect arthritis in experimental models, but exactly how they do so has remained a mystery. The results of this latest study show that these proteins prevent neutrophils from migrating into the inflamed joint. The presence of IL-4 or IL-13 also stimulates an increase in neutrophil surface receptors which have an inhibiting effect on joint inflammation.

“We will continue to study these mechanisms and hope that our work can contribute to the development of treatments for rheumatoid arthritis,” says principal investigator Fredrik Wermeling, assistant professor at the Department of Medicine, Karolinska Institutet (Solna).

For their study, the researchers used the CRISPR method to modify selected immune-cell genes in order to understand how they affect cell behaviour. The use of the bacterial CRISPR system as a research method is one of the most significant scientific advances of the past decade.

“The results we obtained using CRISPR were key to quickly understanding how the system under study is regulated,” says Dr Wermeling. “I have high hopes that the experimental use of CRISPR will be hugely important to our understanding of how immune-cell behaviour is regulated, and that this can guide us in the development of new efficacious drugs.”