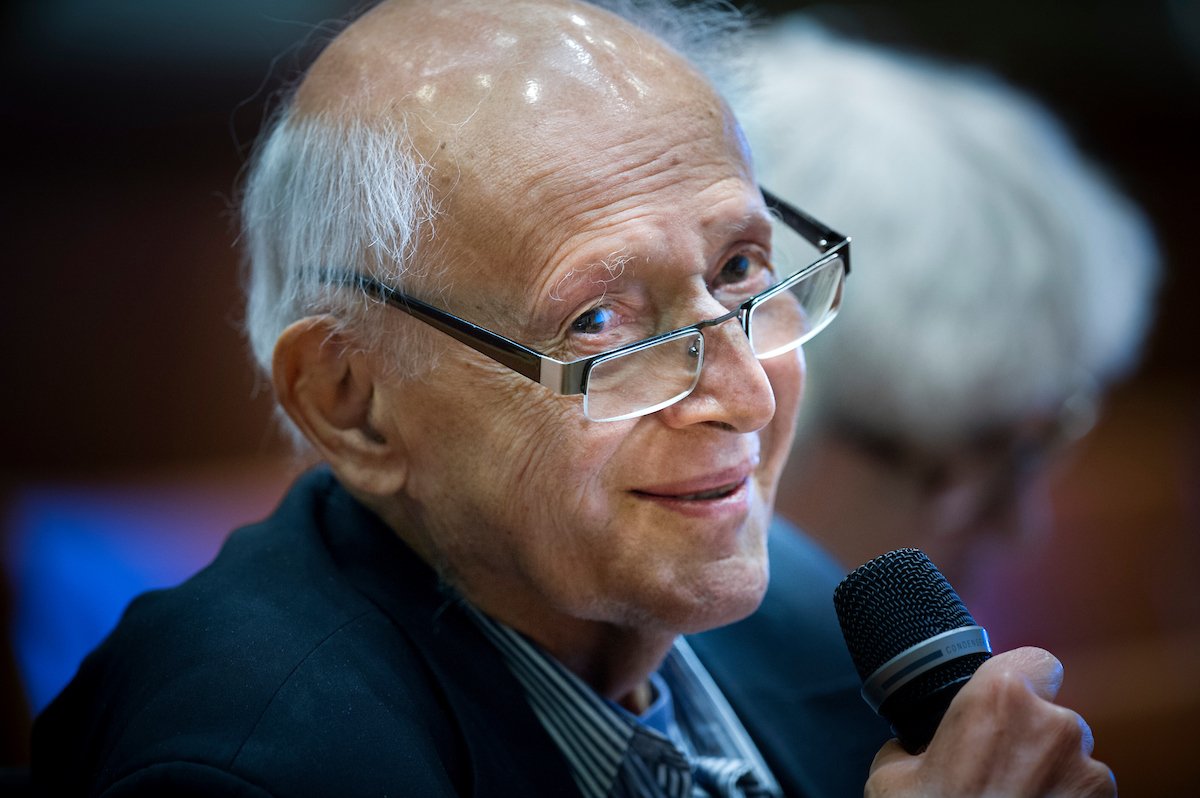 Georg Klein has died. Born into a Hungarian-Jewish family in Budapest in 1925, as a 22-year-old medical student he fled to Sweden to escape the Soviet occupation. He was Professor Emeritus in Tumour Biology at Karolinska Institutet and up to the last was an active researcher at the Department of Microbiology, Tumour And Cell Biology, MTC.

Last year he celebrated his 90th birthday together with his wife and colleague Eva Klein, Professor Emerita in Tumour Biology. The occasion was commemorated among others by students and colleagues with a scientific symposium that was attended by cancer researchers from around the world.

“It is with great sadness that I have learned of the passing of a brilliant researcher, teacher and role model. Together with his wife Eva, Georg Klein leaves behind an enormous contribution to Karolinska Institutet, the global research community and tumour biology. My thoughts today go first and foremost to his family and to all the colleagues who worked so closely with him,” says Karin Dahlman-Wright, Acting Vice-Chancellor at Karolinska Institutet.

After completing his medical studies and a PHD degree, Georg Klein was awarded a personal professorship in 1957. A donation from Riksföreningen mot cancer (now Cancerfonden) enabled him and his wife to build up the Department of Tumour Biology at Karolinska Institutet, which was later to become a world-leading centre in tumour biology for four decades. This interdisciplinary department combined genetics, infection models, immunology and animal models to come to grips with the problem set associated with cancer.

Georg and Eva Klein are responsible for a great many important discoveries in cancer research. In the 1960s, they laid the foundation for modern tumour immunology that has led to today’s successes in immunotherapy against cancer. Georg Klein also proved that the genetic make-up of normal, healthy cells can suppress cancer cells’ malignant behaviour. He also conducted extensive studies of the Epstein-Barr virus and its role in lymphoma and other forms of cancer. In recent years he took an interest in the converse problem: Why is it that two thirds of all people do not develop cancer?

He has taught an immense number of doctoral students and young researchers who are now doing their work all over the world. Georg Klein’s capacity was legendary and he seemed to make use of every available minute to do something meaningful. When he was to be interviewed a while ago, he had hardly greeted the reporter before telling him to get on with the questions. On the subject of death and the meaning of life, he had this to say: “It’s the time we’re given that makes life so valuable. The great human tragedy is that people seek the meaning of life with a capital M. Personally, I’m happy with my small meanings: the people I love and my work.”

For a wider audience, Georg Klein became known as an author after his first book was published in 1984, with both a philosophical-humanistic and a popular-scientific thrust. One of his best-known books is perhaps Om kreativitet och flow (On creativity and flow), Bromberg, which he co-authored. Achieving flow was a strong driving force for Georg Klein. The book first appeared in 1990 and a new edition was published in 2012. In recent years he published Jag återvänder aldrig. Essäer i Förintelsens skugga (I will never return. Essays in the shadow of the Holocaust), Albert Bonniers Förlag, 2011, about anti-Semitism in Klein’s former home country Hungary.

As most recently as spring this year he was awarded the Gerard Bonnier Essay Prize for what was to be his last book: Resistens (Resistance). Thoughts on resistance, Albert Bonniers Förlag, 2015, “for a healing authorship where the encounter between measurable natural science and knowable humanism reflects the art of living”.

To commemorate the couple’s 80th birthdays in 2005, their research colleagues at MTC set up The Georg and Eva Klein Foundation. The aim of the foundation is to support research on tumour biology, cell biology, infections and cancer in the spirit of Georg och Eva Klein.

From his retirement in 1993 until his death, Georg Klein was a research team leader at the Department of Microbiology, Tumour And Cell Biology, MTC, at Karolinska Institutet.