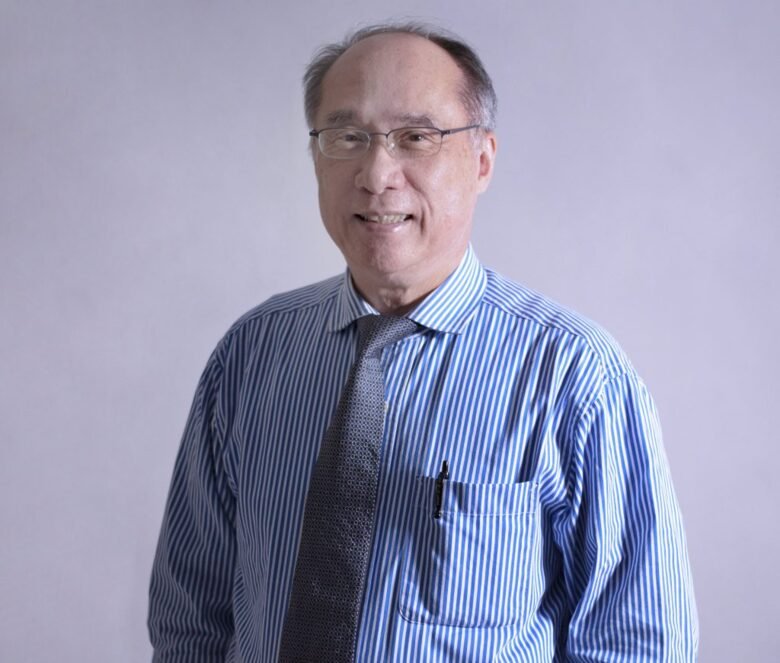 Dr Kung-Lee Liang, a pioneer in the field of biostatistics, gave a webinar via zoom with more than 100 attendees, including the President of KI, Ole Petter Ottersen. Dr. Liang spoke about how biostatistics contributed to medical science in the 20th century, and how we can rise to meet the current and future challenges in public health.

On Friday, January 29, 2021 at 9 local time, Dr Kung-Lee Liang virtually visited Karolinska Institutet to give a seminar about his views on the impacts of biostatistics on advancing human health in the 20th century and beyond. Dr Liang was scheduled to visit KI in person earlier this spring to speak at the Sfo Epi-Biostat Expo, which was cancelled due to the ongoing coronavirus pandemic. Instead, he joined our community via Zoom, welcomed by the panelists Dr Erin Gabriel, Professors Juni Palmgren, Paul Dickman, Rachel Fisher, and KI’s President, Ole Petter Ottersen. Dr Gabriel organized and hosted the seminar, with generous financial support from the Strategic Research Area in Epidemiology and Biostatistics.

Dr Liang is the current president of the National Health Research Institutes of Taiwan, which serves the dual role of monitoring and conducting research on human health. Recently, Dr Liang was appointed by Taiwan’s federal government to lead a research and development group focused on finding COVID-19 vaccines, treatments and diagnostics. He is a biostatistician who earned his doctorate in biostatistics from the University of Washington, and was a professor of biostatistics at Johns Hopkins University for over 20 years.

After a welcome and introduction from President Ottersen and Professor Palmgren, Dr Liang described the birth and history of biostatistics at academic departments in the United States. The first biostatistics department in the world was founded in 1918 at Johns Hopkins University, where Dr Liang was later a professor. He went on to define the field of biostatistics as the combination of principles of statistical reasoning and methods for data analysis. Together, these enable us to use data to create knowledge and make sound scientific conclusions.

As a running example, Dr Liang spoke about the health risks of smoking. While the risks of smoking are well known today, in the 1950s and 1960s there was a vigorous debate on the issue. Two giants of statistics at the time clashed, with RA Fisher on one side claiming that the observed association between smoking and lung cancer was due to unmeasured genetic factors. On the other side, WG Cochran used sound statistical and causal reasoning to explain that the genetic component would have to be so large as to be implausible.

The debate continued with biostatisticians serving key roles in the national committees who reviewed the thousands of scientific articles on smoking, and more or less ended with the 1964 Surgeon General Report on the deleterious health consequences of tobacco use. The subsequent policies on advertising and sales of tobacco, and the increase in public awareness led to a continual decline in the smoking rate and therefore decrease in death and morbidity due to smoking. Dr Liang highlighted this as the sort of profound impact that biostatistician can have on human health, despite not often directly treating individual patients.

Dr Liang gave several more examples of scientific challenges and the biostatistical methods designed to solve them, including survival analysis, and longitudinal data analysis. He closed with discussion of some future challenges in science, and how biostatisticians can step up to meet them. The key recommendations are for biostatisticians to be more engaging with collaborators and the public, and to invest in the training of young and energetic researchers. The panelists discussed the future of biostatistics at Karolinska Institutet, and President Ottersen stated that “biostatistics really is the backbone of medical research.”

Kung-Yee Liang is the current President of the National Health Research Institutes of Taiwan (NHRI) and Professor of Biostatistics at Johns Hopkins University. Liang has served as the Vice President, NHRI, Taiwan from July, 2003 to August, 2006 and was the Acting President for six months beginning in January, 2006. In August, 2010, Liang became the sixth President of the National Yang-Ming University, the first medical university in Taiwan. In December, 2017, Liang stepped down from the post to become the sixth President of NHRI and his primary appointment is with the Institute of Population Health Science which focuses on clinical and public health research to build healthier communities. Today, Dr Liang leads a research and development group focused on finding COVID-19 vaccines, treatments and diagnostics.

He is well-known from a pair of papers in 1986 (Liang & Zeger Biometrika, Zeger & Liang Biometrics) in which he developed the theory and methods for generalized linear models for longitudinal data, now commonly known as GEE (generalized estimating equations). He has spent his career collaborating with researchers in a variety of fields, and making pioneering contributions in biostatistical methods. His brilliance and dedication has been recognized widely, including the Snedecor Award in 1987, the Spiegelman Award in 1990, the Rema Lapouse Award by the American Public Health Association in 2010 for significant contributions to the scientific understanding of the epidemiology and control of mental disorders, the Karl Pearson Prize in 2015, and most recently, one of the 50 alumni from the University of Washington School of Public Health recognized as changemakers.