Oxygen therapy has no effect on patients with suspected heart attack 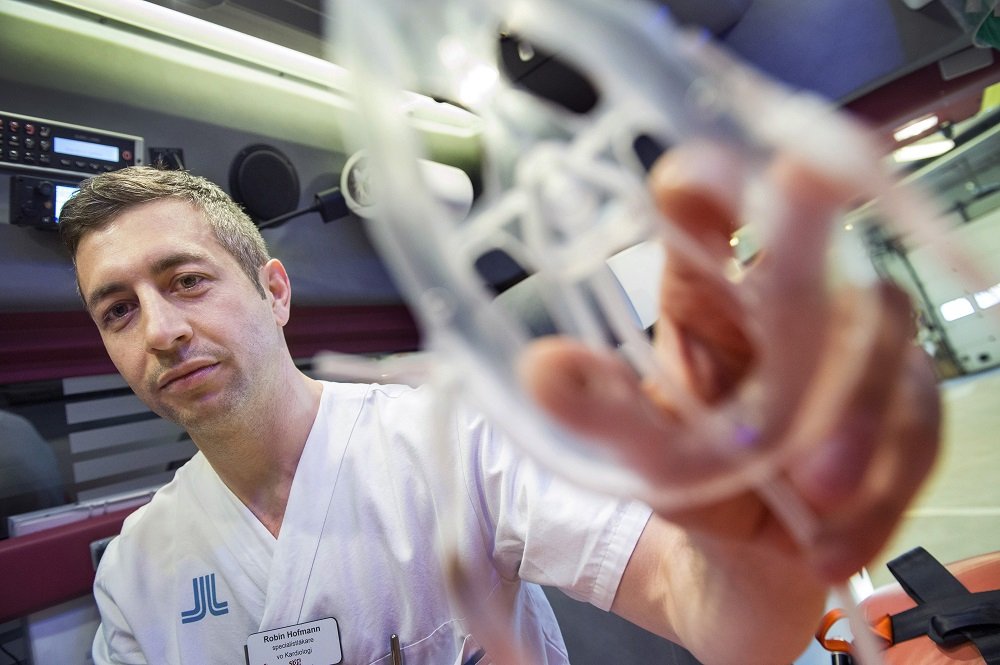 Oxygen therapy has been used to treat patients with suspected heart attack for decades despite the lack of scientific evidence. A new study by researchers at Karolinska Institutet reveals that oxygen therapy does not improve survival in patients with heart attack symptoms and normal oxygen levels in the blood. The study is published in the prestigious New England Journal of Medicine (NEJM) and was presented today at the European Society of Cardiology (ESC) Congress.

This prospective, randomised, open-label trial enrolled 6 629 patients with suspected heart attack from 35 hospitals across Sweden. Half of the patients were assigned to oxygen given through an open face mask and the other half to room air without a mask. The researchers found that the mortality rate one year after randomisation, the risk of a new heart attack or the risk of heart muscle injury was not statistically different between the two groups.

Using the Swedeheart registry, this study is the first large-scale randomised trial of oxygen therapy in patients with suspected heart attack to be large enough to reveal meaningful findings on mortality and morbidity.

Could change the recommendations worldwide

The European Society of Cardiology (ESC) guidelines recommend oxygen for patients who are breathless, hypoxic, or have heart failure. They add that the systematic use of oxygen in patients without heart failure or dyspnoea (shortness of breath) “is at best uncertain”. ESC guidelines have gradually shifted towards more restrictive use of oxygen. However, the general use of oxygen therapy in all patients with symptoms of a heart attack is still widespread in the world. Therefore, the study results will likely have an immediate impact on clinical practice and future guidelines.

First author of the study is Robin Hofmann, medical doctor and researcher at Karolinska Institutet’s Department of Clinical Science and Education, Södersjukhuset (KI SÖS). The research was supported by the Swedish Heart–Lung Foundation, the Swedish Research Council and the Swedish Foundation for Strategic Research.