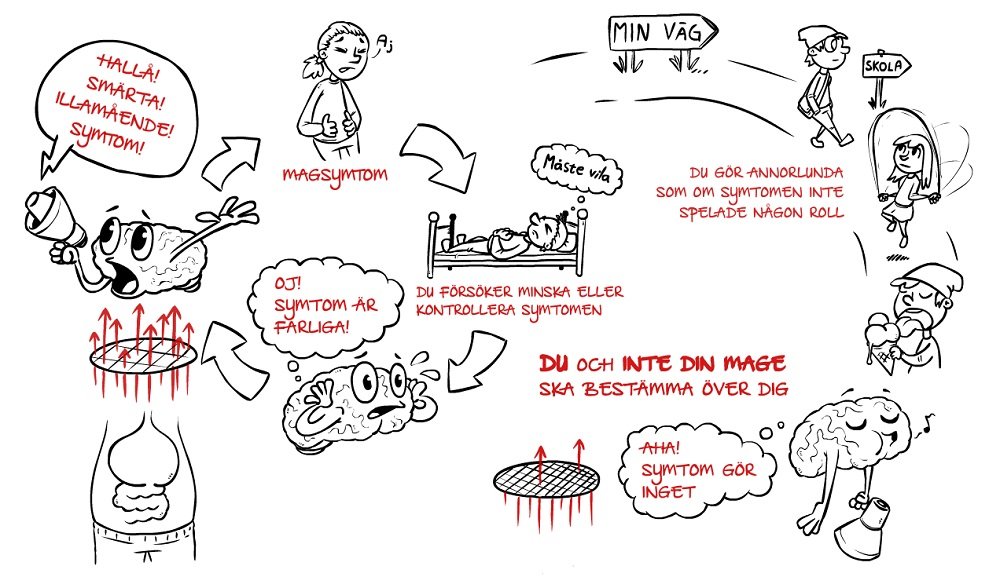 Cognitive behavioural therapy (CBT) online can be useful in treating gastrointestinal disorders in children when no physical cause can be found. This is the viewpoint of researchers at Karolinska Institutet in Sweden that is described in a new study published in the journal Clinical Gastroenterology and Hepatology.

About 13 per cent of all children suffer from FAPD (functional abdominal pain disorders), which means that they experience pain and other stomach symptoms without any clear physical cause. Many children with FAPD have a reduced quality of life and their families often seek medical care, resulting in large costs for society. So far there is no scientific evidence that medication or changes to their diet help children with these problems.

Researchers at Karolinska Institutet have previously shown that online CBT can be effective for teenagers with irritable bowel syndrome (IBS), which is one of the diagnoses included in FAPD. Ninety children with FAPD from the whole of Sweden in the age group 8-12 took part in the new study, together with their parents. All the children were examined by a doctor and a psychologist before they participated in the study to check that they specifically had FAPD. The children were randomly assigned to either ten weeks of exposure-based online CBT or standard medical care.

The results show that the children who accessed online CBT had an improved quality of life, fewer stomach problems and a reduced fear of symptoms, as well as avoiding fewer situations compared with children who received standard medical care.

"Online CBT can be offered to patients regardless of where they live, and does not require them or their families to take time off school or work to undergo treatment," says Maria Lalouni, psychologist and researcher at the Department of Clinical Neuroscience at Karolinska Institutet, who carried out the study for her doctoral thesis.

Children in the online CBT group were exposed to symptoms, i.e. they practised accepting the symptoms and coping with situations that they would normally prefer to avoid. Examples of exposure exercises were to eat food that produced symptoms (such as pizza or ice cream) or to go to school despite having a stomach ache. The parents were given the task of paying less attention to their children's symptoms and giving more attention to other things, such as participation in recreational activities. Families had the treatment in their homes and were able to contact a psychologist using text messages on an internet platform.

Online CBT led to large savings in costs compared with standard medical care: on average SEK 9,500 for every child who participated in the online treatment over a ten-week period. These savings are partly from reduced healthcare consumption and partly from reduced indirect costs such as children’s absence from school and parents’ absence from work.

"We show that online CBT can increase the accessibility of evidence-based healthcare for a large group of children with considerable suffering, at the same time as reducing costs for society,” says Ola Olén, consultant and researcher at the Department of Medicine, Solna, Karolinska Institutet, who led the study.