One year with Stockholm trio 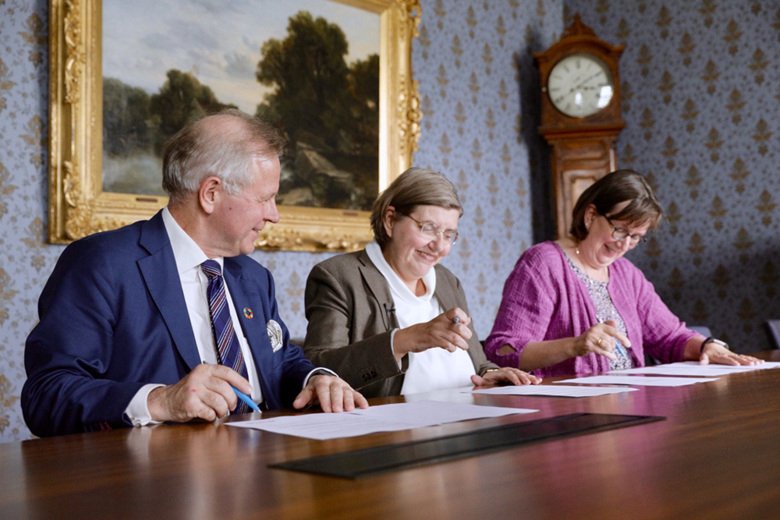 Just over 12 months ago, the Stockholm Trio University Alliance was launched. The University Alliance between the Karolinska Institutet, Stockholm University and KTH has been extended and further developed within several areas over the course of the year. Joint representation in Brussels is a vision that is set to be realised this autumn. 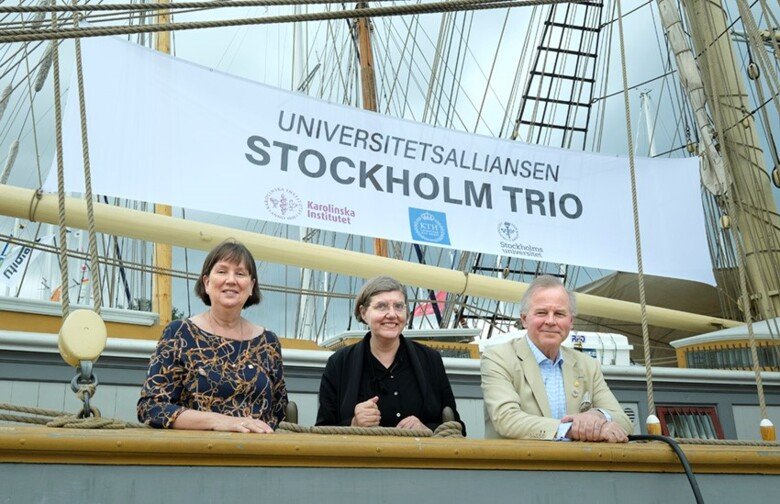 “Forming the alliance as such has attracted a positive response from many different directions. Establishing joint representation in Brussels is another important step for the development of future partnerships,” says Astrid Söderbergh Widding, President of Stockholm University, as she summarises key steps for the Alliance in its first year.

Her fellow presidents are in full agreement. All three emphasise the international side of their work and influence.

“We are already seeing the effects of the Alliance becoming visible internationally in terms of big interest in closer cooperation with us three Stockholm universities. At a national level, our model for a strategic university alliance has attracted plenty of attention and several Swedish universities are interested in learning more about what partnerships we are developing and how, with a view to maybe building similar alliances,” says Sigbritt Karlsson, President of KTH.

Linking arms internationally is part of the fundamental thinking behind Stockholm trio, where together, the universities make up an attractive, excellent and competitive collaboration that is expected to generate several international partnerships, recruit leading researchers and more international students.

Ole Petter Ottersen, President of KI, also explains how the Stockholm Trio University Alliance has made big strides within yet another area, namely, to increase the number of local and regional partnerships between education and the public sector, enterprise and industry:

“One important branch in the Alliance is the commitment to develop fertile soil for the life science sector in the Stockholm-Uppsala region together with Uppsala University.”

Visions of partnerships within research, education and cooperation between the three universities have become increasingly concrete during the year. There are even more hopes and expectations on the second year, however:

“In the light of the current COVID-19 pandemic, where we can quite clearly see that health must be understood in a broad context, we see that the complementary knowledge of our universities provides an interdisciplinary perspective and a diversity of cross-sector partnerships. My vision is that together, we can better prepare ourselves for future social challenges and in so doing, profile our universities for national and international research financing bodies,” says Ottersen.

Söderbergh Widding, who, after a year as chair, is passing on the gavel, is looking forward to even more partnerships at different levels:

“Something that has been particularly pleasing over the past year has been the number of spontaneous inquiries we have received concerning various kinds of partnerships. My hope is that several concrete partnerships will develop out of this within education, research and cooperation, and not least when it comes to operational support.”

KTH’s Karlsson, is taking over as chair, that rotates between the presidents, for the next twelve months from 1 July. Her hope is that not only the Alliance, but also Stockholm itself, will become even more visible on the global stage:

“Raising the international profile should offer even more opportunities for international relationships that can boost our Stockholm Trio Alliance and Stockholm as a university city and, with this, also the region and the enterprise sector here.”

The Stockholm Trio University Alliance was created in late May 2019. During its first year, a number of partnerships at different levels have been forged. This autumn, they are opening joint representation in Brussels, in the same building as Region Stockholm in the centre of Brussels.