Hi Tina Lundberg, PhD-student at the Division of Family Medicine and Primary Care. On November 22 you will defend your thesis ”Psychosocial well-being in bereavement among family members with a special focus on young adults who have lost a parent to cancer”, what's the main focus of the thesis? 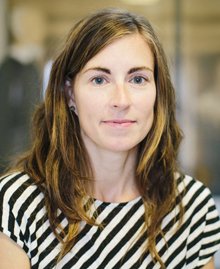 The main focus of my thesis is the psychosocial well-being of family members in bereavement, with a special focus on young adults who have lost a parent to cancer.

The result demonstrates that young adults who lost a parent to cancer experience an overall poor psychosocial wellbeing, such as symptoms of anxiety and low life satisfaction. There was a limited awareness about the parent’s impending death. The result also shows some factors that could serve as protective against long-term problems, such as normal self-esteem and support from family and friends. There were only minor improvements in psychosocial well-being during the first 18 months after the death of the parent. Self-esteem was associated with symptoms of anxiety and depression.

Research on psychosocial well-being of young adults who lost a parent to cancer is limited, although it is known that they are in a vulnerable development phase involving major life changes, where they have not yet established the stability of life that other adults have. The result provide knowledge about the specifics of young adults following a parent's death in cancer and suggests that they could benefit from being seen as a special group with specific needs.

The increased knowledge about psychosocial well-being and the needs the young adults in the thesis can provide guidance to health care staff who encounter them in their daily work, guide future supportive interventions, and inform policy makers about how best to support these young adults.

I will continue with research in combination with other assignments.