Hi Richeng Jiang, PhD student at the Division of Neurogeriatrics, NVS. On May 30 you will defend your thesis ”Interplay between autophagy and amyloid beta metabolism in Alzheimer’s disease”, what's the main focus of the thesis? 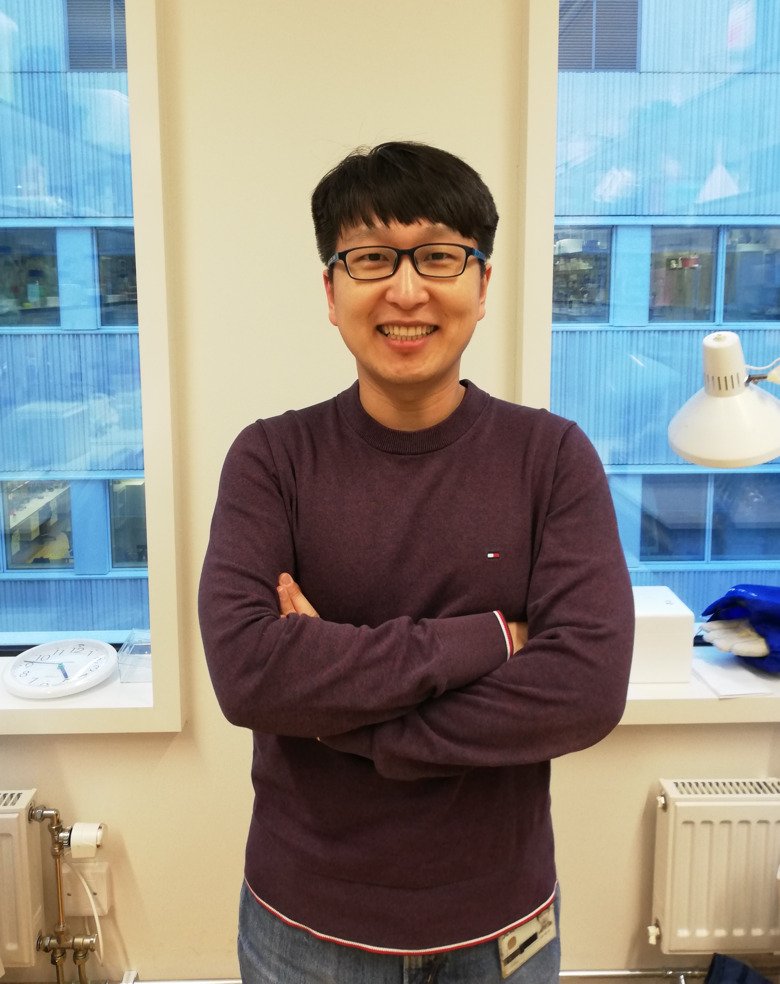 Alzheimer’s disease (AD), the most common cause of dementia, is characterized by extracellular amyloid-beta peptide (Aβ) depositions in the brain. Autophagy is a key cellular clean-up system which is malfunctioning in AD. The main focus of my thesis is to investigate the interplay between Aβ metabolism and autophagy in AD.

We discovered autophagy alterations in a novel AD mouse model which are similar to those seen in Alzheimer's patients. Using cerebrospinal fluid, a body fluid produced by the brain, we found an increase in a protein called decorin in both the AD mouse models and preclinical AD human subjects. This elevated decorin level in the cerebrospinal fluid could be used as a potential biomarker for a specific AD subtype exhibiting potential alterations in choroideus plexus, as well as having implications for autophagy dysregulation since we found that decorin activates autophagy. Furthermore, genetically removing autophagy from the neurons in AD mouse brains resulted in a reduction of extracellular Aβ depositions whereas intracellular Aβ accumulated, indicating that autophagy does indeed play an important role in Aβ metabolism.

The current thesis highlights the critical involvement of autophagy in AD and indicates that autophagy can be one of the multi-targets for AD therapy. Decorin, a potential novel cerebrospinal fluid biomarker that can predict a specific AD subtype, shed light on subtyping AD and could contribute to the personalization of a therapy.

My long-term goal is to do research and clinics in parallel, bridging the gap between the two to help with diagnosis and treatment. I plan to continue researching the autophagy mechanism, possibly in the field of cancer.