Researchers at OnkPat have found that breast cancer stem cells are dependent on a certain estrogen receptor to survive. The findings, which are presented in Journal of the National Cancer Institute opens up for new treatment strategies for breast cancer. 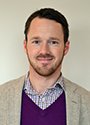 The study also consisted of experiments in mice with xenografts of human breast cancer tumors. It was shown that the tumor growth was stopped when combining conventional treatment with blocking of estrogen receptor beta.

-We hope our research will lead to improvement of breast cancer treatment and that also the breast cancer stem cells can be targeted, says Johan Hartman.

The study was financed with grants from several bodies, including the Swedish Society for Medical Research (SSMF), the Swedish Cancer Society and Stockholm County Council.