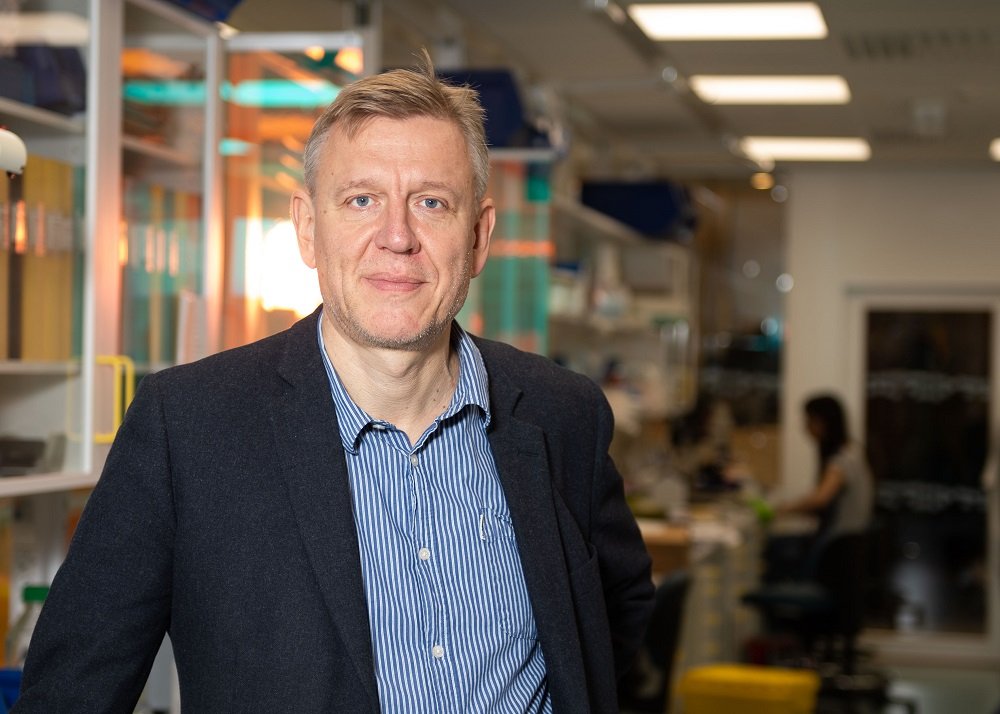 A new structure in human cells has been discovered by researchers at Karolinska Institutet in collaboration with colleagues in the UK. The structure is a new type of protein complex that the cell uses to attach to its surroundings and proves to play a key part in cell division. The study is published in the journal Nature Cell Biology.

The cells in a tissue are surrounded by a net-like structure called the extracellular matrix. To attach itself to the matrix the cells have receptor molecules on their surfaces, which control the assembly of large protein complexes inside them.

These so-called adhesion complexes connect the outside to the cell interior and also signal to the cell about its immediate environment, which affects its properties and behaviour.

Researchers at Karolinska Institutet have now discovered a new type of adhesion complex with a unique molecular composition that sets it apart from those already known about. The discovery has been made in collaboration with researchers in the UK.

“It’s incredibly surprising that there’s a new cell structure left to discover in 2018,” says principal investigator Staffan Strömblad, professor at the Department of Biosciences and Nutrition, Karolinska Institutet. “The existence of this type of adhesion complex has completely passed us by.”

The newly discovered adhesion complex can provide answers to an as-yet unanswered question – how the cell can remain attached to the matrix during cell division. The previously known adhesion complexes dissolve during the process to allow the cell to divide. But not this new type.

The researchers also show that the newly discovered structures control the ability of daughter cells to occupy the right place after cell division. This memory function was interrupted when the researchers blocked the adhesion complex.

“Our findings raise many new and important questions about the presence and function of these structures,” says Professor Strömblad. “We believe that they’re also involved in other processes than cell division, but this remains to be discovered.”

The study was financed with grants from the EU’s Seventh Framework Programme and Horizon 2020, the Swedish Foundation for Strategic Research, the Swedish Research Council, the Swedish Cancer Society and Cancer Research UK.