Nerve signaling alerts the host to bacterial infection within hours

An exciting new way has been found in which the body senses a bacterial infection within 4 hours and uses nerve pathways to trigger an immune response in distant organs. The speed by which an infection can be identified, and how the defence mechanisms are triggered is critical to infection outcome. 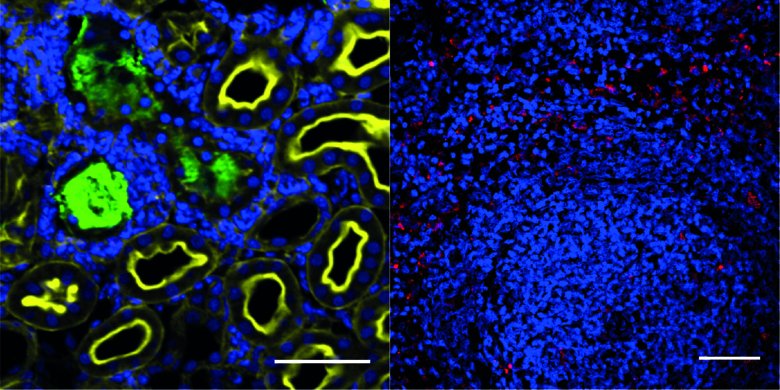 Nerve signaling which triggers an immune response has been revealed by a group of researchers from team Melican at AIMES, the Center for Advancement of Integrated Medical and Engineering Sciences at the Department of Neuroscience. The results of their study were recently published in Plos Pathogens. This study identifies a new role for nerves in sensing a local bacterial infection and rapidly activating an immune response.

In this study, the group of researchers used highly technical in vivo infection models to show that within 4 hours of the initiation of a small, localized E. coli infection in the kidney, a response is triggered in the spleen. Confounded by the speed of this signaling, the team investigated the possibility of a nerve pathway involvement. They went on to show that it was a specific toxin expressed by the bacteria, a-hemolysin, which could trigger a nerve signal, which then travelled via the splenic nerve to the spleen.

The spleen responded by producing IFNy, Interferon gamma, which could be detected in the serum of animals infected with the toxin producing bacteria. By further employing microfluidic based models they showed that this IFNy could act to modulate inflammation in infected kidney cells. The work details how nerve signaling plays a critical immunomodulatory role in host-response during the very first hours of bacterial infection. This adds to the growing understanding of neuro-immune communication, how nerves can control the immune response, in this case during the first stages of a localized bacterial infection. 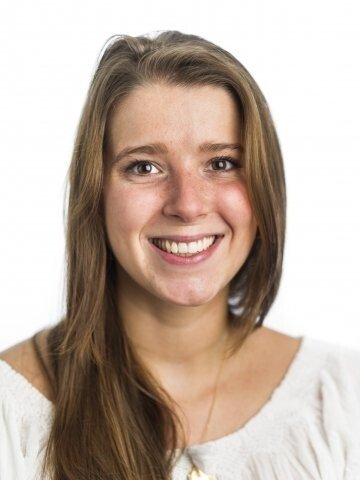 Tell us about the most important results of the study?

“Nerves can sense bacterial infection and send this information to distant organs within hours of the infection starting. We have never seen such a fast response from the body in terms of ‘spreading’ the information to other organs. In this work we show that the spleen responds to a tiny kidney infection within 4 hours. The idea that nerves can mediate this signal is quite new. It is only very recently that people have started looking at the connection between the nervous system and infection, and mainly looking at pain responses previously. What we show is that nerves have this whole other role in recognizing an infection and sending this information onwards very quickly.”, says Keira Melican, Research Group Leader at AIMES.

How could this new study contribute to improving human health?

“As antimicrobial resistance becomes a bigger problem, we need new ways to address infection. By fully understanding how the body responds and typically controls infection we have a better idea on how we can treat and prevent infection. This work highlights the nervous system as a key player in the early response to infection and opens up for many new studies to understand how this occurs in many different infections. There is a great deal of research into the role of the nervous system in inflammatory diseases and how altering nerve signaling may be able to modulate inflammation. Our work reveals that the host response to infection may also be controlled in this way highlighting possible similarities to these approaches", explains Keira Melican.

What is the next step in the research?

Linked to the above, we would like to understand the mechanisms of how this works and if this is a general response across many different types of infection in different organs. Ultimately, we would like to know if monitoring or altering the nervous pathways may become a way in which we can either detect or control infection in the future.”, says Keira Melican.