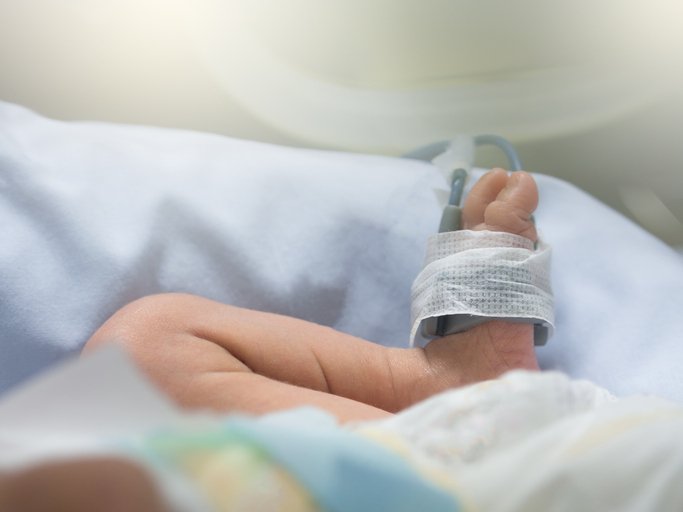 Children who suffer mild brain injury due to oxygen deprivation at birth normally do not receive cooling therapy to reduce the risk of permanent damage. Now, researchers at Karolinska Institutet and University College Cork report that these children have significantly impaired cognitive outcomes at 2-3 years of age and therefore should be included in future clinical trials of neuroprotective therapies. The study is published in JAMA Pediatrics.

Oxygen deprivation at birth results in death or disability in over 1 million infants each year globally. Lack of oxygen can cause Hypoxic Ischaemic Encephalopathy (HIE), which can result in permanent neurological damage or cerebral palsy. HIE in children is graded as mild, moderate or severe.

Cooling therapy can reduce the damage

The condition can be treated with therapeutic hypothermia, known as cooling therapy, within the first six hours of birth. Cooling therapy has proven to reduce the risk of death and disability in infants with moderate to severe HIE and has been reserved for these babies. Randomised controlled trials of cooling therapy to date have not included infants with mild HIE due to a perceived good prognosis.

Researchers at Karolinska Institutet and University College Cork, Ireland, have now examined the outcome in 471 children (including 55 with mild HIE) recruited to research studies in Cork and Stockholm between 2007-2015. The results show that children with mild HIE at birth have significantly lower cognitive outcomes at 2-3 years of age (measured with the Bayley Scales of Toddler and Infant Development 3rd edition) compared to children with uneventful deliveries.

This raises the question as to whether these babies should be treated at birth with cooling therapy and highlights the need for clinical trials of neuroprotective therapies to include children with mild HIE, say the researchers.

Researcher Boubou Hallberg and PhD student Mikael Finder at the Department of Clinical Science, Intervention and Technology, Karolinska Institutet, participated in the project, which was supported by funding from the Health Research Board in Ireland, Science Foundation Ireland and the Wellcome Trust.

This news article is based on a press release from University College Cork.