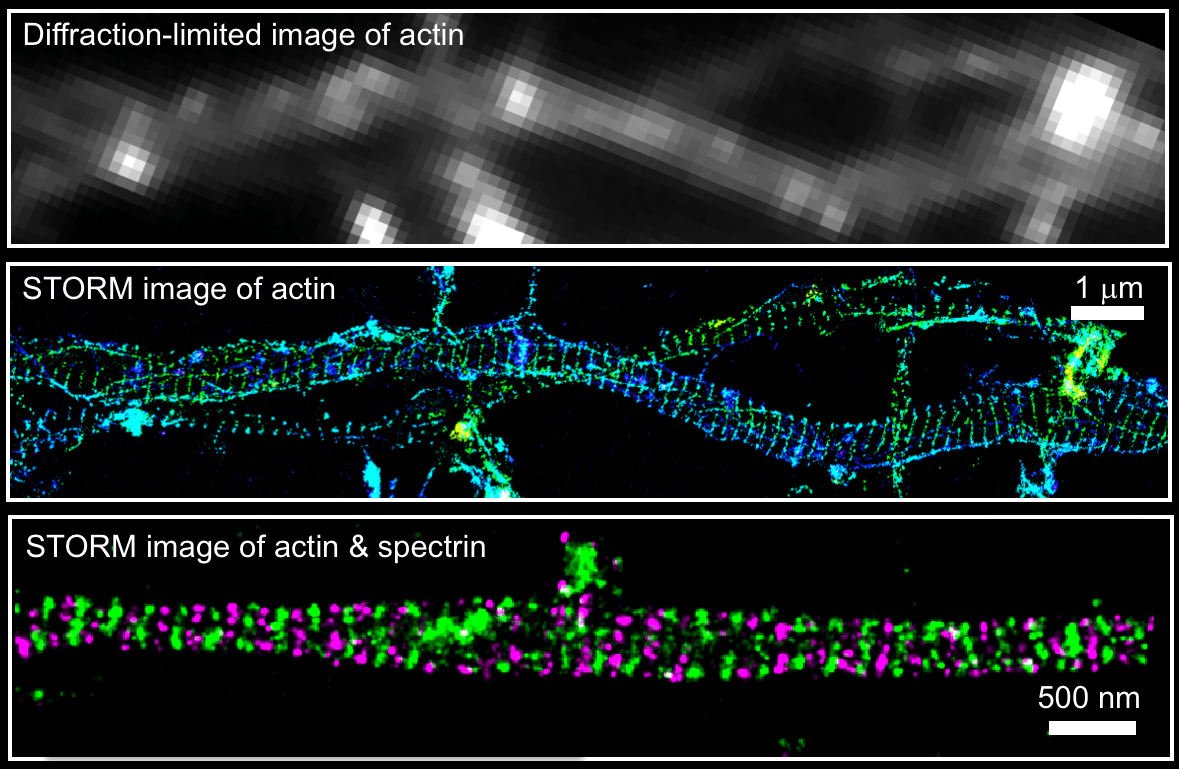 Xiaowei Zhuang is the recipient of the 2017 Lennart Nilsson Award for making breakthrough discoveries in the beautiful world of cell biology, literally making the invisible visible, with the STORM technique that was developed in her laboratory.

Xiaowei Zhuang is the David B. Arnold Professor of Science at Harvard University and a Howard Hughes Medical Institute Investigator. In 2006, she pioneered a method that would go on to revolutionize the world of fluorescence microscopy.

She developed a single-molecule-based super-resolution light microscopy method called “Stochastic Optical Reconstruction Microscopy” or STORM. It overcame the diffraction limit and extended the spatial resolution of light microscopy by an order of magnitude to a few tens of nanometers.

The resolution of STORM was further extended by Xiaowei Zhuang's laboratory to a few nanometers, nearly 100 times higher than conventional diffraction-limited light microscopy. Xiaowei Zhuang has since been using STORM to illuminate the beautiful and small world of biology in the most unexpected ways.

Super-resolution light microscopy techniques have revolutionized the life sciences. With the STORM technique that was developed in Dr Xiaowei Zhuang’s laboratory, she has made breakthrough discoveries in the beautiful world of cell biology, literally making the invisible visible. Her images represent a unique combination of technical mastery, frontline science, and visual esthetics, fitting perfectly in the tradition of Lennart Nilsson.

About the Lennart Nilsson Award

The Lennart Nilsson Award Foundation was established in 1998 in recognition of the world-renowned Swedish photographer Lennart Nilsson and his extraordinary body of work. The main aim is to promote education, training and research within the medical, biological and engineering sciences through the use of images. This is achieved through the Lennart Nilsson Award, an international award bestowed annually upon an individual in recognition of outstanding contributions within the realm of scientific photography.