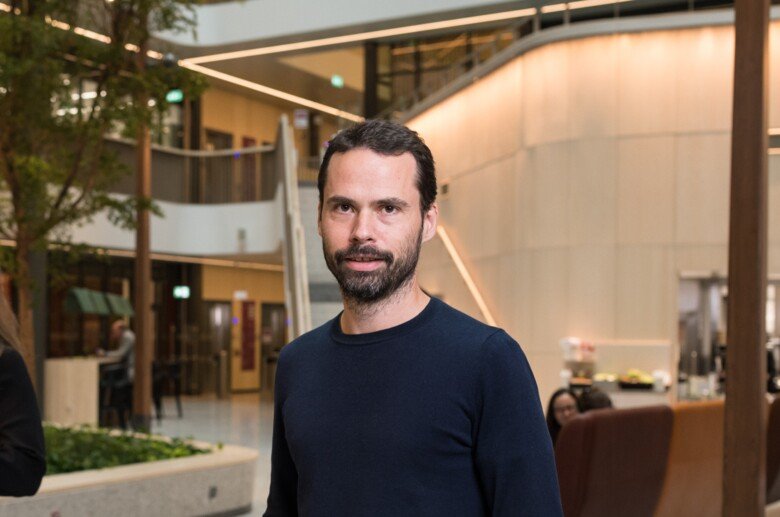 Konstantinos Meletis, Professor in the Department of Neuroscience, has been awarded a grant of approximately 1.73 million US dollars for three years from the Aligning Sciences Across Parkinson’s (ASAP) initiative.

“This is a fantastic opportunity to use our knowledge in circuit neuroscience to understand the fundamental mechanisms that control decision-making and choices, work we have done on defining, for example, the striatum using optical recordings and optogenetics. And now, with an amazing group of collaborators with a long-standing expertise in Parkinson’s disease, we can also for the first time reveal how those mechanisms are disrupted in models of the disease, with the ambition to find new and powerful ways to restore circuit imbalance. We are really thrilled to take on this challenge!” says Konstantinos Meletis, Professor at the Department of Neuroscience.

The project focuses on the axons of nigrostriatal dopamine (DA) neurons and how they determine the function and dysfunction of striatal circuits. The DA neurons axons are immense and complex structures harboring unexplored biology, and the project will investigate the mechanisms that regulate dopamine release within the striatum, in order to uncover the role of cell types and neurotransmitters in normal function and how dysregulation leads to progression of symptoms in Parkinson’s disease (PD). The neuromodulator networks interacting with DA axons are in a powerful position to rescue or exacerbate DA dysfunction in PD yet are surprisingly poorly understood. The project will exploit state-of-the-art tools to meet the pressing need to define the neuromodulators, cells and circuits, neuronal and non-neuronal, that act on and through the striatal axons of vulnerable compared to non-vulnerable DA neurons. The Meletis laboratory has developed unique approaches to reveal the complexity of circuits, in terms of their organization and molecular composition, as well as advanced manipulation and registration of neuronal activity at large-scale using optogenetics and in vivo imaging. Based on the functional and molecular investigation of striatal cell types and their role in controlling decision-making as well as motor execution, the laboratory aims to uncover how different parts of the striatal circuit become dysregulated in PD. Dr. Meletis together with his collaborators propose that distinct neuromodulator networks become unbalanced in vulnerable circuits during PD progression, that will offer new avenues for translational benefit.

Close collaboration with other universities

The award is part of a $9 million grant for three years for an ambitious, multidisciplinary effort aimed at mapping the modulatory landscape governing striatal dopamine signalling and its dysregulation in Parkinson’s disease. The study is a close collaboration between teams from Oxford University (Oxford, UK), Boston University (Boston, USA), and Karolinska Institutet. Konstantinos Meletis will collaborate with the laboratories of Project Director Dr. Stephanie Cragg, Dr. Peter Magill, and Dr. Richard Wade-Martins, all part of the Oxford Parkinson’s Disease Center (OPDC) at Oxford University (Oxford, UK), and Dr. Mark Howe at Boston University (Boston, USA).

About the Aligning Science Across Parkinson’s (ASAP)

ASAP is a coordinated research initiative to advance targeted basic research for Parkinson’s disease. Its mission is to accelerate the pace of discovery and inform the path to a cure through collaboration, research-enabling resources and data sharing. The Michael J. Fox Foundation for Parkinson’s Research is ASAP’s implementation partner and issued the grant.