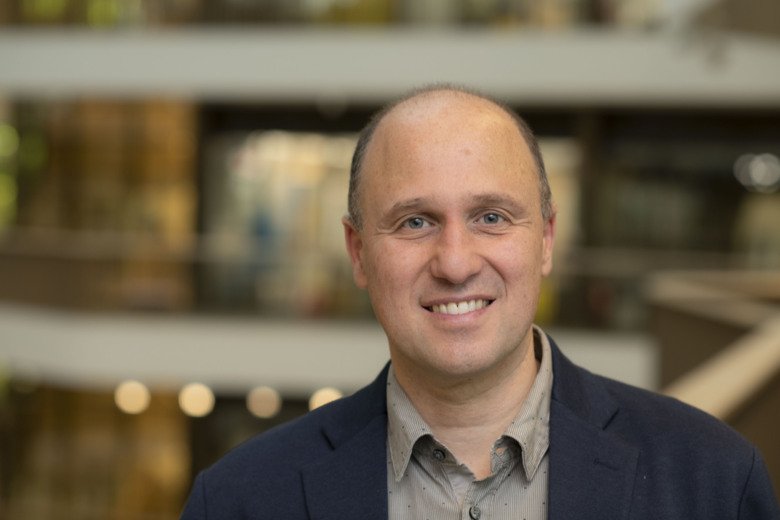 Professor András Simon of the Department of Cell and Molecular Biology (CMB) and two fellow researchers in Canada and Switzerland have been awarded a grant of almost SEK 100 million by the European Research Council. The aim of the project, which goes under the acronym Salamandra, is to understand how locomotor functions can be restored after damage to the nervous system.

Tell us about the research project

“This is a multidisciplinary research project that aims to understand how locomotor functions can be restored after an injury. The model organism is the salamander, which, unlike other quadruped vertebrates, can repair its central nervous system.

“We’ll be combining molecular and cell biological analyses in salamanders with studies using robot- and mathematical models in order to test and validate the results from the in vivo experiments in the models and vice versa.”

“It’s a complex project that was well-prepared. Depending on how you look at it, we’ve been discussing the ideas for ten years, but it is the recent years methodological developments that have made the project feasible.”

“The application was submitted last November and we received the news at the end of this October. In other words, it’s been a long process involving three stages of selection. First a multidisciplinary committee of about 15 scientists evaluated all the proposals. In the second stage, some of the proposals were sent to external experts, who subjected them to more detailed review and judged, amongst other things, the competence of the applicants and the feasibility of the proposed projects. In the third stage, we were interviewed by the committee.

“An important criterion is the synergy between the research groups that enables them to tackle difficult research issues together.”

What does the grant mean to you?

“Personally, it means that I can focus on exciting research questions. We’re starting something new here, not just continuing our ongoing projects. The project would simply not be carried out without the ERC grant.

“Next, we’re to sign an agreement with the ERC on an exact start date and other important parameters, such as which researchers will be working on the project. We’re really looking forward to getting under way.”

What do you expect have achieved after the project’s six years?

“We hope that we’ll have found answers to some of the questions about how vertebrates can recover locomotor functions after an injury. We’ve pointed out in our application that the project has a distinct basic science character, as opposed to translational projects, which are more directly linked to clinical application. But we hope to be able to find crucial pieces of the puzzle that will provide a basis for future, more translationally oriented projects.”

A research project at Karolinska Institutet has been awarded an ERC Synergy Grant. Professor András Simon is to share almost SEK 100 million with his two collaborators, professors Auke Ijspeert of EPFL, Switzerland, and Dimitri Ryczko of the Université de Sherbrooke, Canada.

The ERC Synergy Grant is a funding programme for scientific challenges that are too large for individual researchers to tackle on their own, such as climate change and a cure for cancer. The grants are intended for close collaborations between two to four researchers with complementary expertise, and amount to EUR 10 – 14 million for up to six years. The research projects thus supported have the potential to achieve considerable global importance.

This year, the ERC has cut its total Synergy Grant, but received a record number of applications. About seven per cent of the applicant research groups are awarded the grant in what is a fiercely competitive selection process. Of the Swedish universities, Gothenburg and Lund has also been awarded funding.