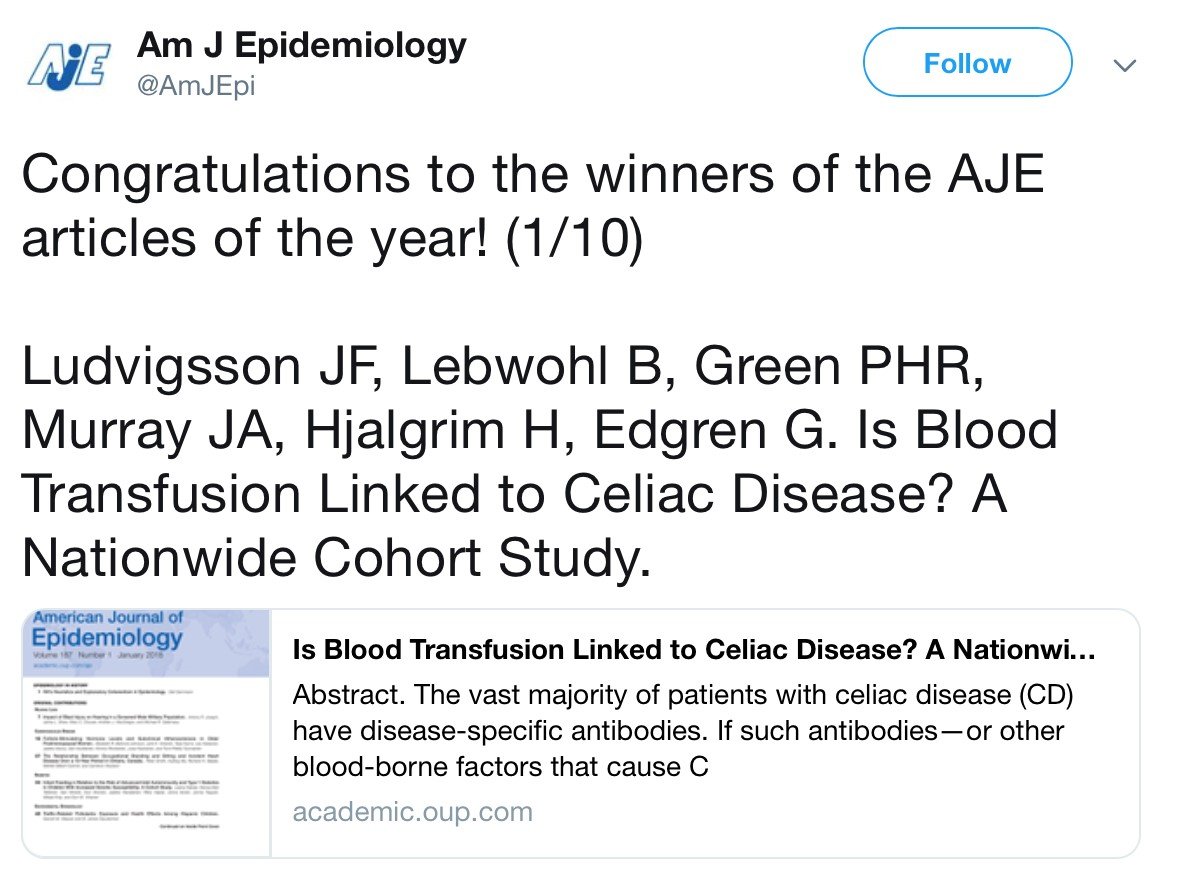 A paper on blood transfusion and the risk of celiac disease (gluten intolerance) has been named paper of the year by the Am J Epidemiology (2018). The study, which was coordinated by researchers at the Karolinska Institutet, also involved researchers from the Danish Statens Serum Institut, the Mayo Clinic and the Columbia University in the US.

The study was based on data from the Swedish component of the blood transfusion database SCANDAT2 maintained by researcher Gustaf Edgren, and from data on celiac disease from the ESPRESSO study coordinated by Ludvigsson at the Department of Medical Epidemiology and Biostatistics. In all, the researchers examined more than 1 million people receiving a blood transfusion in Sweden between 1968 and 2012.

- The study has received a lot of attention. After receiving the award, other researchers have commented that they appreciate that the award was given to a paper with null findings. Our main message was that blood transfusion from a patients with celiac disease does not confer an increased risk of celiac disease in the transfused patient (Hazard ratio=1.0). This finding is also comforting to patients, says Jonas F Ludvigsson.