Jessica had children after cancer

When she was 14 years old Jessica Strid was treated for cancer and was told that it would be difficult for her to get pregnant. Today she has two children. ”I am very grateful”, she says. 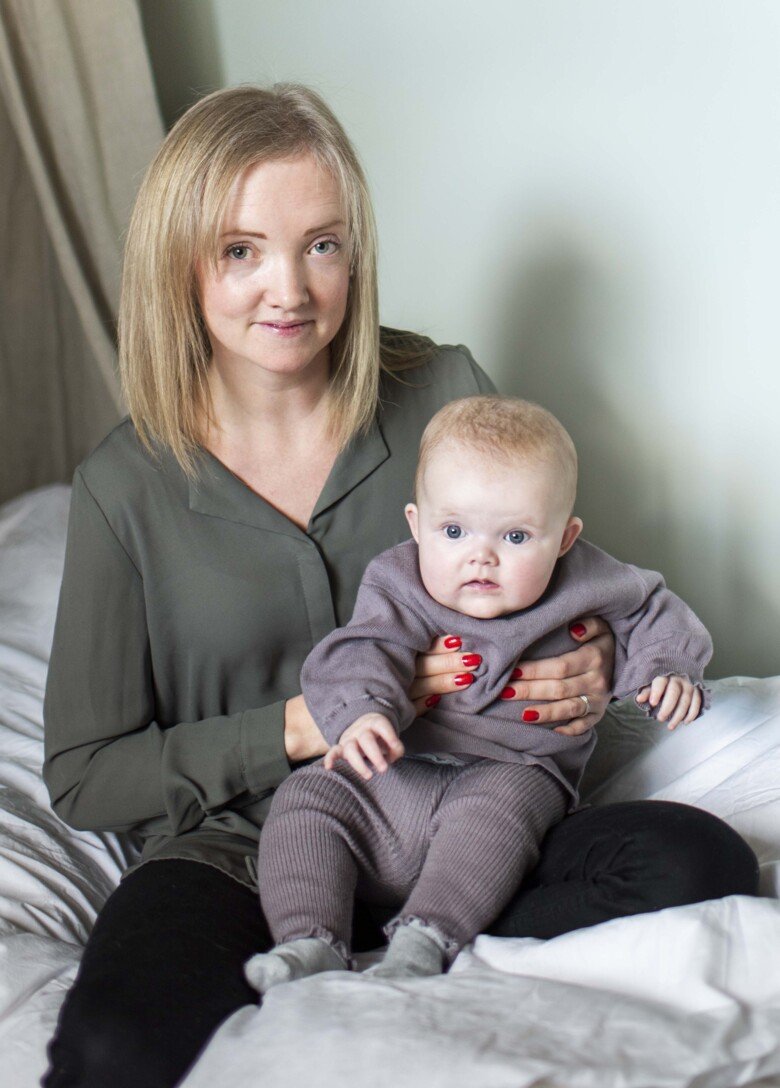 Text: Annika Lund, in translation from Swedish for the magazine Medicinsk Vetenskap no 1/2022 |
Spotlight on infertility

“When I was 14, I had acute lymphoblastic leukaemia, ALL, a type of cancer. After ordinary cytostatic
treatment, I had a stem cell transplant and tougher cytostatics combined with full body radiation. Before this harsher treatment, I was told that I would have difficulties conceiving in the future. That was tough news to hear but at the time, I was mainly focused on getting through the cancer treatment.

In an attempt to help me with this, I had several sections of ovarian tissue removed and frozen. But at the time that was done, there was no method for transplanting the tissue back again.

My ovaries stopped working. I didn’t have periods and had to have hormone treatment, ordinary contraceptive pills, to avoid early menopause symptoms.

I met my current partner when I was 25. I said early on that it would be difficult for me to get pregnant so we decided to start trying quite quickly.

I was referred to Karolinska University Hospital in Huddinge where my frozen ovarian tissue was stored. The doctors defrosted some pieces to check that they didn’t contain cancer cells. But everything was healthy and I had surgery to transplant half of the ovarian tissue back in. We then had several hormone treatments and IVF attempts that failed. It was a very hard time. In the end, the remaining ovarian tissue was transplanted back and we had another round of IVF. It worked and Ebbe was the result.

A year or two later, we got in touch with the clinic in Huddinge again, mainly to see whether we would be allowed more treatment to try to give Ebbe a sibling. In the first examination we found that I was already pregnant, spontaneously. They told us there in the examination room.

Like most people who hear this, I think it’s amazing that this is possible. I’m really grateful.”

Fertility treatment: Help for people who have had cancer