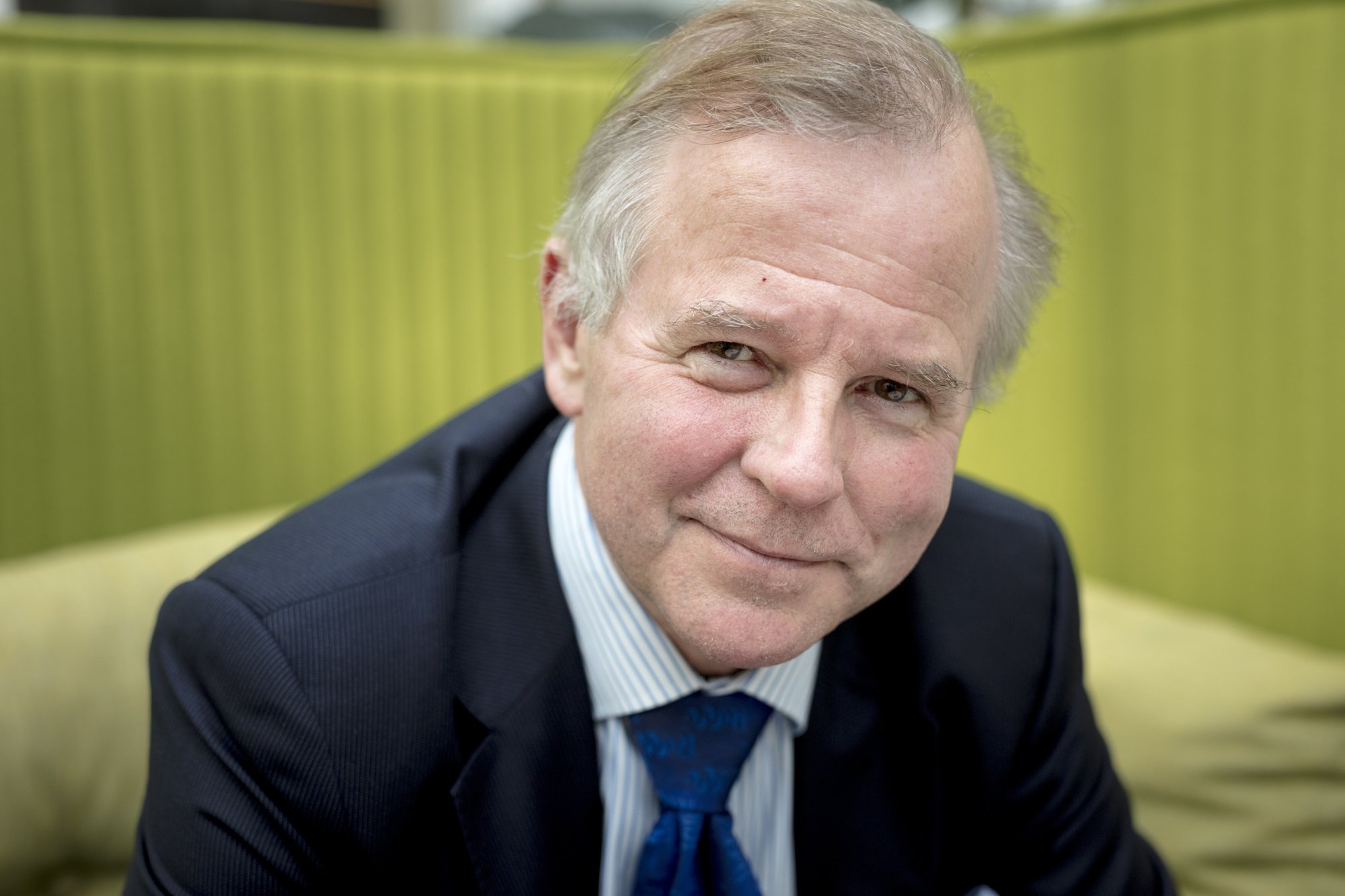 The expectations are high. Everyone, externally as well as internally, are asking themselves how Ole Petter Ottersen is going to lead Sweden’s most talked-about university once he takes up office as vice-chancellor of Karolinska Institutet this August.

After KI’s annus horribilis, now that the university has devoted a great deal of time and energy to clearing up in the wake of the Macchiarini case many people are hoping for a fresh start. The vice-chancellor-elect is at once humble and optimistic.

“We now have to make sure to use the crisis for something positive and learn from it,” says Ole Petter Ottersen. “I wouldn’t have accepted the job if I hadn’t thought that something good can come out of all this.”

He makes a point of praising the work done by the acting vice-chancellor and that it means a great deal to be working alongside Karin Dahlman-Wright as pro-vice-chancellor.

However, he will also be inserting new issues high up his agenda the moment he settles down at his desk. The first concerns job satisfaction.

“The question of how to create job satisfaction in an organisation reeling from such challenges is one that occupies my mind a great deal, and I’m prepared to discuss it with the management, deans and departments. A lot of amazing things are happening at Karolinska Institutet, especially all the new buildings and opportunities that are emerging here. All the same, I think that academic excellence must be balanced with a solid working culture and ethical preparedness, for I think that then the university will have a fantastic future ahead of it,” he says.

Leadership in Norway and internationally

Professor Ottersen has a sterling academic CV and long experience of leadership in and outside Norway. He is a doctor, professor of medicine, brain researcher and, since 2009, rector of Oslo University.

One could say that Professor Ottersen has taken the classic career route in his own Alma mater, as the former head of the Anatomy Department, dean of research and the Medical Faculty, and director of one of Norway’s first Centres of Excellence, the Centre for Molecular Biology and Neuroscience.

In this sense he is not unlike previous vice-chancellors at KI. But what sets him apart from his predecessors is that he is to be vice-chancellor of a different university to the one he was “raised” at.

Professor Ottersen is experienced in leading international university evaluations and is the former chair of the ERC, European Research Council’s Advanced Grants panel and the current chair and member of the newly established Guild of Research Intensive Universities. Amongst many other positions.

Be that as it may, he admits that taking on the rectorate of KI will be a steep uphill climb, and he will have to go home to do some studying over the summer on Swedish law, on the rules governing the exercise of public authority, and on how the academic sector in Sweden operates. But he also has to gradually familiarise himself with a completely new organisation.

How do you intend to inspire confidence in the employees?

“I really believe in being honest and open, I suppose that’s the main thing, as is having a clear vision about where the organisation is heading,” he says.

Aside from job satisfaction, his other priorities were proclaimed in the policy statement he presented to Karolinska Institutet when he was still being proposed as the sole final candidate for the vice-chancellor’s office. He now mentions three of them:

“The most important thing is how to get the best possible partnership in place between Karolinska Institutet, the hospital and Stockholm County Council. I’m happy to see that the “Akademiska stråket” link will soon be completed so that Solnavägen will no longer be a physical barrier between the university and the university hospital. And it goes without saying that the two campuses in Flemingsberg and Solna should work well together. I also want to make sure that the status of education is raised. Karolinska Institutet’s goal is to be a world-leading research university and should also aim to be top-ranking in education too.”

Oslo University has eight faculties. How different will it be to lead a medical university?

“It’s surprising how many of the challenges facing KI are similar to those we have in Oslo, where we’ve created a similar partnership with the Regional Health Authority. We’ve also put a lot of work into strengthening education. So even though Karolinska Institutet is a completely different university, I’m not a stranger to these kinds of challenge. But of course, it’s a major undertaking that will require me to really get to know the organisation.”

Professor Ottersen points out that even if KI is a medical university, he will actively encourage more multidisciplinary work and is keen to see closer and broader cooperation with the Royal Institute of Technology, with other universities – including Stockholm and Uppsala – and, last but not least, with Nordic medical institutions.

How do you plan to go about strengthening education?

“I believe that teaching at a leading university like Karolinska Institutet must carry a high status and that you need to have examinations that in themselves are part of the learning process and to go through the study programmes to see how the degrees can yield more benefit to the students. Digital degrees are often in demand from the students and this is something we’ve put a lot of effort into at Oslo University. I don’t know how far KI has come, but it’s an important area to focus on.”

Why is education so often in the shadow of research?

“All universities put a premium on research because it has higher kudos,” says Professor Ottersen. “But raising the status of education pays off in research terms too. Both areas benefit from it. After all, we source a lot of our researchers from amongst our own students, and it’s useful to get students involved in research as much as possible.”

Professor Ottersen has himself taught for over 30 years and is a much cited researcher in his field.

“I think that the combination is inspiring,” he says. “It’s a wonderful thing to research and to pass your results onto the students and get their response. It’s not without reason that education and research belong together. They’re not rivals.”

His own research has focused on the brain and the neurotransmitters that allow nerve cells to “talk” to each other. He has also researched how water is transported in the brain. This said, he devotes some of his time to a completely different field:

“I’m very interested in global health and have led the Lancet-University of Oslo Commission on Global Governance for Health, which has been looking at health inequality around the world and the mechanisms driving it.”

Professor Ottersen is a well-known blogger and public debater in Norway. He believes that research policy should operate with a degree of consistency, and often talks about the value of foresight and endurance to research success and of having strong research funders and a higher basic appropriation for universities.

“Research is time consuming, and it can sometimes take up to fifteen years for you to arrive at the goal of your investigation. Financing is very much governed by what are seen as more or less acute needs and you have to make sure to keep changing the research financing objectives.”

He also sticks his neck out on the issue of whether universities should recruit researchers at the top of their careers or invest in junior doctoral graduates and postdocs by creating attractive internal career pathways.

“I’ve been saying this for a long time, from the perspective of Oslo University, that the best way to recruit is to target young talent. This is a sound recruitment strategy and allows you to build strong subject fields.”

The final question of the interview concerns the motto that Karolinska Institutet should have if Oslo University’s is “We are reaching for the stars”. But he chooses not to say.

“It’s not up to me as vice-chancellor to dictate what the university’s motto will be. But it’s good if it signals ambition, because high ambitions are the most important driver of excellence – or frontline research, as I prefer to say. However, the ambitions must be realistic and can only be achieved brick by brick – never by taking shortcuts. I think it’s good to have the ambition to reach for the stars, to do your best to reach a little beyond your grasp.”