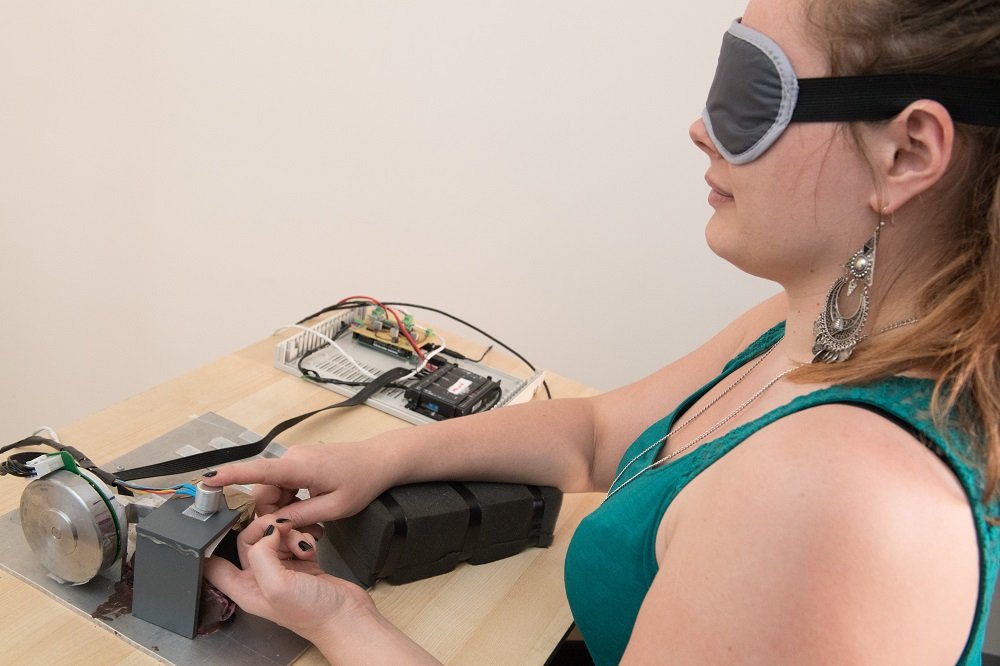 A new study from Karolinska Institutet shows that imagined movements can change our perception in the same way as real, executed movements do. The research, which is presented in the scientific journal Nature Communications, contributes to an increased understanding of how mental training works and may be useful for patients with motor disabilities.

“Mental training is very beneficial if you want to improve your motor performance – this is something elite athletes and professional musicians know very well. We wanted to find out the mechanisms behind this phenomenon,” says Dr. Konstantina Kilteni, lead author of the study and researcher at Karolinska Institutet’s Department of Neuroscience.

Touch resulting from our voluntary movements, for example when we touch one hand with the other, feels less intense compared to when somebody else touches our hand with the exact same intensity. This is because our brain uses information about how we plan to move in order to predict how we will feel. These predictable sensations feel weaker.

The brain predicts how we would feel

“Our study shows that if we imagine the movement but we do not physically perform it, real touch will still feel less intense,” says Dr. Kilteni. “This implies that during imagining the movement the brain also predicts how we would feel if the imagined movements were executed. Taken together our findings suggest that imagined and real movements have very similar brain mechanisms, if not sharing the same one, which may explain the positive effects of mental training”.

The study consists of three series of experiments where 36 healthy individuals were asked to either perform or imagine performing a movement. The experimenters recorded muscular activity to ensure that the participants were not moving while imagining.

During imagination, the participants were told to imagine pressing their right index finger against the relaxed left index finger. At the same time, a touch was applied on their left index finger via specially designed equipment. Participants perceived this touch as less intense compared to when they were neither moving nor imagining suggesting that the brain had predicted how they would feel. In fact, their weakened perception during imagination was equivalent to that when they physically performed the movement.

May be useful for some patient groups

In addition to shedding new light on a classic question in psychology and neuroscience – whether the brain’s representation of imagined and executed movements are the same – the results can be useful for clinical research, especially for neurological patient groups with motor disabilities.

“For example, stroke patients imagining performing the movement that they cannot physically perform could benefit their motor rehabilitation,” says principal investigator Dr. H. Henrik Ehrsson, professor at Karolinska Institutet’s Department of Neuroscience. “Another area of application concerns paralysed or amputated patients that use brain-computer interfaces to control artificial limbs through imagining moving them.”

The study was funded by the European Commission, the Swedish Research Council, the Torsten Söderberg Foundation and Riksbankens Jubileumsfond.