How antibodies navigate pathogen surfaces like a child at play 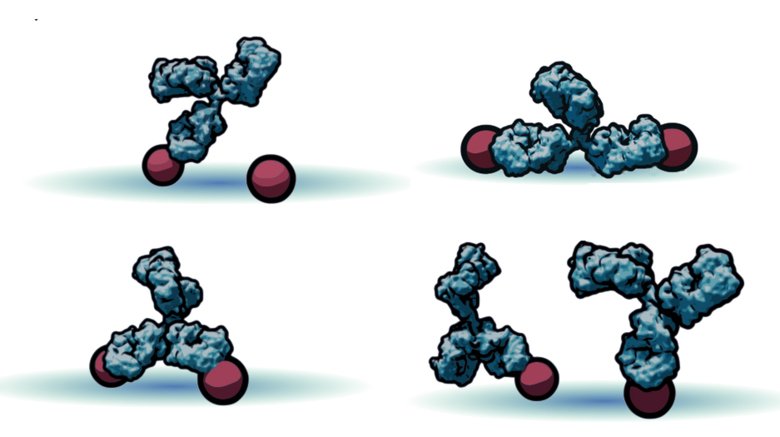 Caption:
Antibodies aim to establish a foothold on two separate antigens, in much the same way a child might try navigating stepping stones in a stream. Credit: Ian Hoffecker

A new study shows how antibodies select the antigens that they bind to, as they navigate the surface of pathogens like coronaviruses. Researchers from KTH Royal Institute of Technology and Karolinska Institutet have created a model that suggests the migration of these pathogen hunters may be akin to the random movements of a child playing on stream laden with stepping stones.

Ian Hoffecker, a researcher at KTH Royal Institute of Technology in Stockholm, says the model raises new ways to consider the evolution of viruses and immune systems, and that the new study yields insights that may be useful in vaccine engineering.

Antibodies are often thought of as Y-shaped proteins. But recent studies have shown that perhaps a more accurate way to envision them is to flip the picture upside down and regard antibodies as walking stick figures, stepping on antigens. Those two characteristic “Y” branches function as legs of sorts, Hoffecker says.

Paraphrasing Nancy Sinatra’s 1966 hit recording, he says in a press release from KTH Royal Institute of Technology: “These antibodies are made for walking.”

These stalking pathogen hunters mark their prey by planting their “feet” on antigens — small molecules scattered like stepping stones in various patterns on the surfaces of viruses. They rely on what’s called multivalence — or establishing a foothold with both “Y” branches,  typically on two separate antigens — which allows them to bind as strongly as possible to their targets. Once in place, antibodies participate in a series of interactions with other signaling proteins to neutralize or kill the pathogen.

Using a nano-fabricated model of a pathogen’s antigen pattern, the researchers set out to determine how this behavior is influenced by pathogen surfaces, Hoffecker says. “What if antigens are really close together or what if they’re kind of far apart? Do the antibodies’ molecules stretch out, do they compress?” 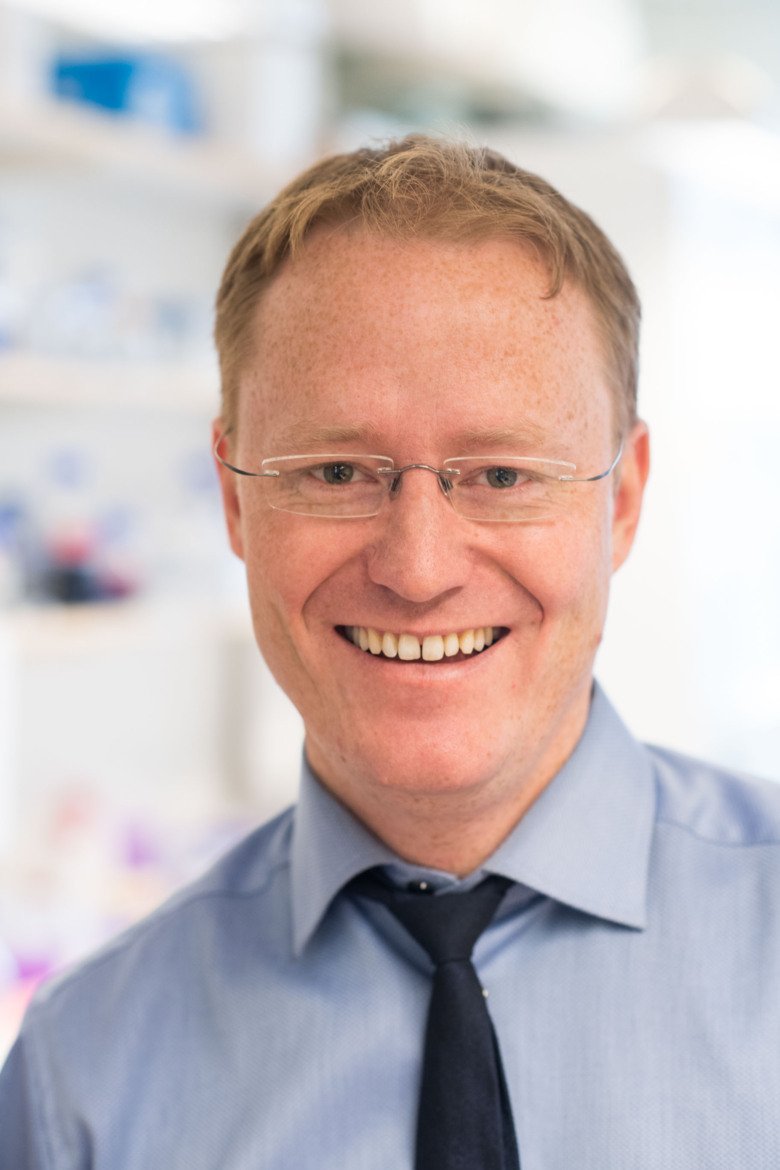 To find out, Björn Högberg, professor at the Department of Medical Biochemistry and Biophysics, Karolinska Institutet, says the team simulated a pathogen and antigen scenario using a method called DNA origami, in which DNA self-assembles into nanostructures with a programmable geometry that allowed them to control the distance between antigens.

“This tool has enabled us to investigate how this distance between two antigens impacts binding strength,” Högberg says. “In our new work we took this data and plugged it into a model that lets us ask interesting questions about how antibodies behave in more complex environments — without straying too far from reality.”

Hoffecker says the model reveals that antibodies behave not much differently from another well-known bipedal organism — namely, human beings.

“The process could be likened to a child playing on a river laden with stepping stones just large enough to accommodate a single foot,” Hoffecker says. “So to stand in place, the child would have to straddle two rocks or else balance on one foot.”

The antibodies in the model seemed to favor antigens that are closer together and easier to stand on. And if antigens are too far apart, they have a statistical tendency to migrate to an area where they stand closer together, he says.

Such observations raise the question of whether the flexibility and structure of antibodies is influenced by their antagonists, the pathogens. “We are asking the question, is this relevant to evolution, or co-evolution, where you have this constant arms race between the immune system and pathogens, and this control system that basically says how antibodies move and where they go?” he says.

Hoffecker says the next steps are to observe how this property of antibodies manifests itself in natural systems, and to incorporate these findings into rationally-designed vaccines that account for the antigen spatial organization factor.

This article is a republished press release from KTH Royal Institute of Technology.