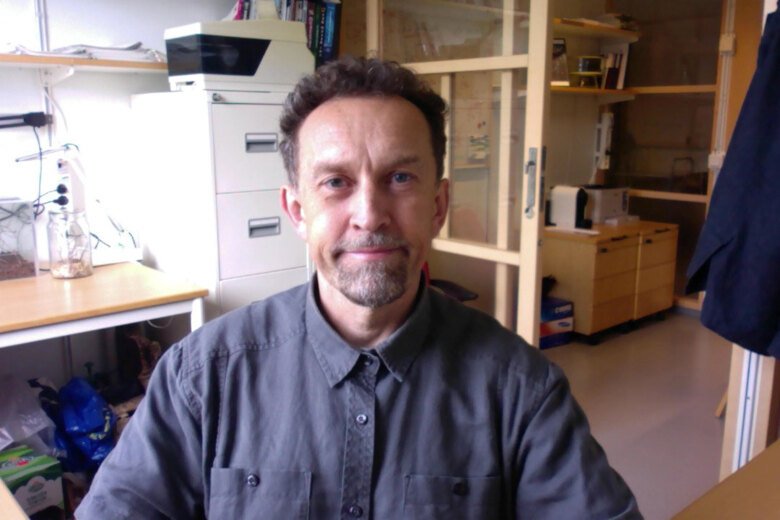 Gilberto Fisone has been awarded a three-year research grant from the Swedish Research Council within the program Novel Imaging and Brain Stimulation Methods and Technologies (JPND) for a project entitled "Phage-based targeted neural stimulation in neurodegenerative diseases".

”Parkinson’s Disease is one of the most common neurodegenerative diseases with major social and economic impact. It is characterized by the progressive degeneration of dopamine neurons which innervate the brain basal ganglia, leading to severe motor impairment", says Gilberto Fisone, Professor at the Department of Neuroscience at Karolinska Institutet.

Current pharmacological approaches control the symptoms in the early phase of the disease, but still suffer from long-term complications and drug-resistance issues.

Caption:
Schematics of the leading innovation strategies proposed in the NEUROPHAGE project: a phage-based nano-technological platform for precise targeting and activation of neurons in the basal ganglia. Image: Gilberto Fisone.

”To circumvent these problems, the NEUROPHAGE project will use light/ultrasound sensitive polymer nanoparticles able to efficiently stimulate denervated neurons on demand”, he continues.

This will be achieved using brain permeable harmless M13 phage carriers, bearing a docking system to recognize specific neuronal epitopes and a cargo of polymeric nanoparticles eliciting neuronal activation in response to nearinfrared/ultrasound stimulation applied at the skull surface.

This approach will be tested in a widely used and reliable mouse model of Parkinson’s Disease. The successful proof-of-concept will have a strong translational potential, particularly because of the non-invasive character of this intervention.

This interdisciplinary project brings together expertise from seven research institutes across six European countries. Besides the laboratory of Gilberto Fisone, the Consortium includes the Center of Synaptic Neuroscience and Technology led by Fabio Benfenati at the IRCCS Ospedale Policlinico San Martino in Genova, the INSERM Unit led by Jean-Antoine Girault in Paris, the Center for BioNano Interactions led by Kenneth A. Dawson at the University College Dublin, the Nanoscalic System group at the Helmholtz-Zentrum Dresden represented by Kristof Zarschler, the NanoBio Interface Lab of Matteo Calvaresi at the University of Bologna and the advanced preclinical imaging center (CAPI) directed by Ludek Šefc at the Charles University, Prague.