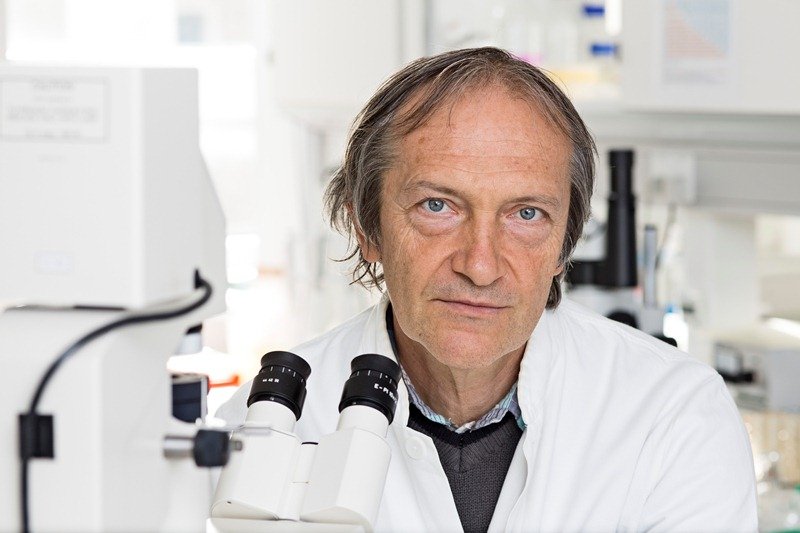 An international research team coordinated by scientists from the University of Bern and the Netherlands Cancer Institute and including researchers from Karolinska Institutet’s Department of Medical Biochemistry and Biophysics, has discovered a mechanism of resistance to cancer therapy. The findings, published in Cancer Cell, help to understand the self-repair of cancer cells after therapy and thus how to fight resistant tumours more efficiently.

The DNA in our cells is constantly subjected to damage, caused in particular by the cells’ normal metabolism. Healthy cells can repair this damage by for example using the proteins BRCA1 and BRCA2. For defective cells, this instead leads to an increased number of DNA mutations, which can cause cancer.

Familial, inborn defects in BRCA1 or BRCA2 genes increase the risk of developing certain types of tumours, particularly in the breast and ovary, and defects in these two repair proteins developed during life also contribute to various types of cancers.

Tumours with such defects in BRCA1 or BRCA2 can be fought using a new therapy with so-called PARP inhibitors. Despite the clinical success of the PARP inhibitors, patients often develop a resistance. The precise causes for this resistance are still largely unclear.

In close cooperation, the research team headed by Sven Rottenberg, University of Bern, and Jos Jonkers, Netherlands Cancer Institute, with participation of Jiri Bartek and Jirina Bartkova, Department of Medical Biochemistry and Biophysics, Karolinska Institutet, has now identified a resistance mechanism against these PARP inhibitors, specifically in tumours defective in the BRCA2 repair gene.

“Our research found that if BRCA-2 defective tumours harbour also a defect or loss of the enzyme PARG, it consequently leads to such tumours becoming resistant to PARP inhibitors”, says Jiri Bartek, professor of cancer biology at Karolinska Institutet and senior researcher at the Danish Cancer Society Research Center in Copenhagen.

The findings can be used to develop new approaches for tackling therapy resistance. In general, the success of the PARP inhibitors as anti-cancer drugs depends on the functions of some other proteins that are also involved in the repair of DNA breaks and DNA replication. If these proteins, such as PARG in the BRCA2-defective cancers are not functioning, resistance to PARP inhibitors develops.

Thanks to this research, progress is seen not only as new insights into the fundamental mechanisms of DNA repair, but also providing new opportunities for personalized cancer treatment. It suggests that tumours resistant to treatment by PARP inhibitors can be successfully treated by radiotherapy or by widely used anti-cancer drugs such as temozolomide. Therefore, these findings provide better understanding of drug resistance in oncology, and open some new and experimentally justified options for treatment of those patients whose cancer has become resistant to PARP inhibitors.