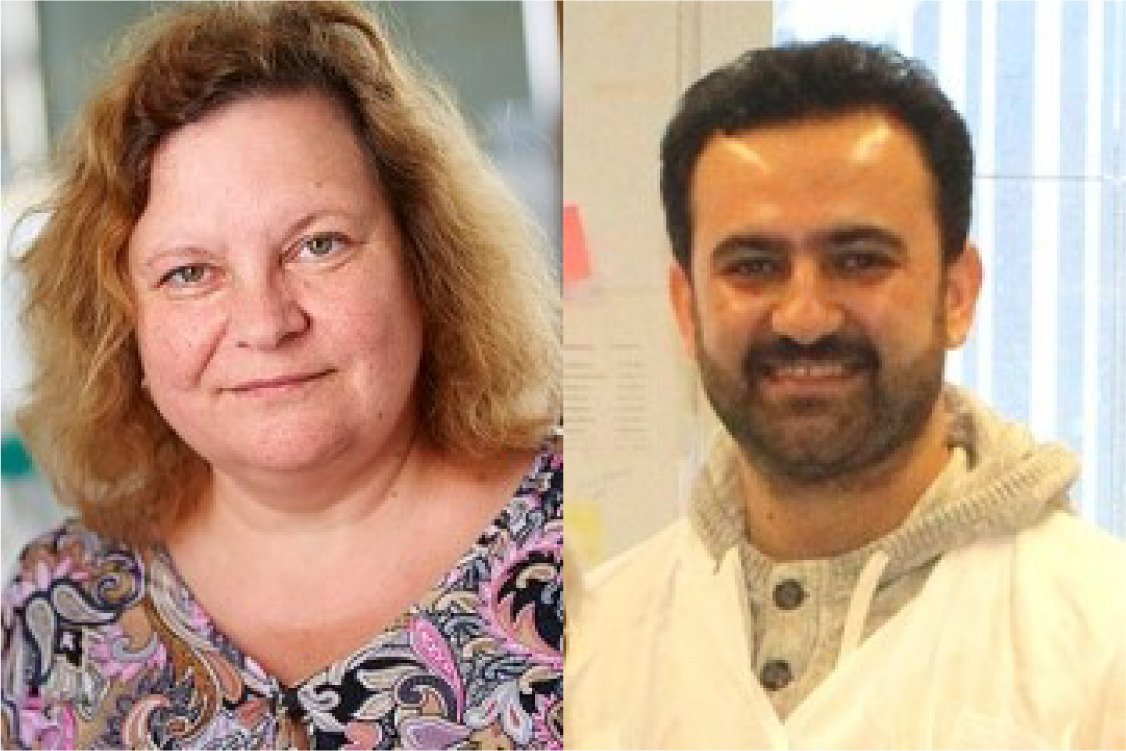 A word “Stemness” describes the capability of a cell to be immortal, self-renewing and to become the specialized (differentiated) cell.

The stem cell maintains a balance between cell growth, quiescence, and regeneration via interactions with the other cells or molecules (microenvironment).

Earlier, we showed that the mitochondrial ribosomal protein S18-2 (MRPS18-2) when expressed at a high level could induce immortalization of primary specialized cells (fibroblasts). Such primary fibroblasts transformed into cells, resembling embryonic stem cells (ESCs). Moreover, we found that S18-2 and the retinoblastoma-associated protein (RB) binds each other. We put a hypothesis that expression of both proteins, RB and S18-2 needed for keeping cell stemness. 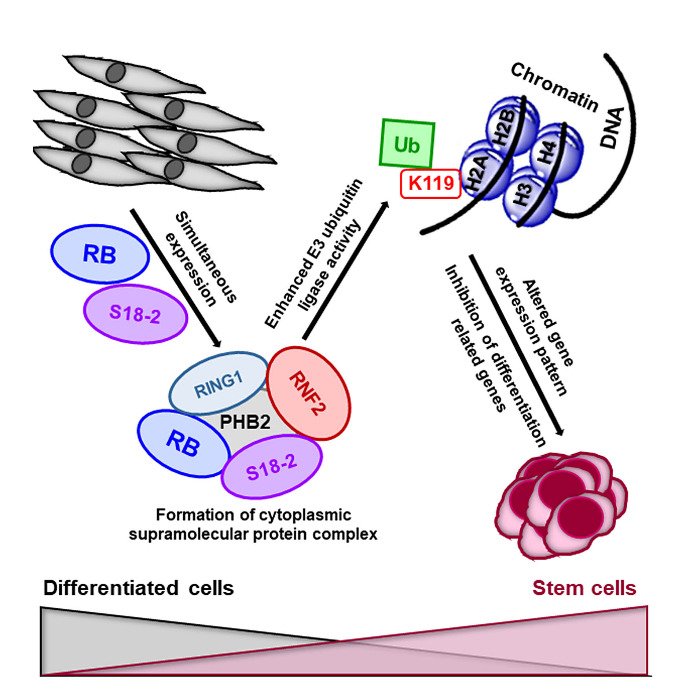 Here, we experimentally showed that S18-2 is very important in cell stemness and differentiation. When both proteins, RB and S18-2 were expressed at high levels in primary mouse embryonic fibroblasts, that lacked a gene, encoding RB, such cells became immortal and could form tumors in mice.

Such cells, which express both RB and S18-2 at high levels, could differentiate into various specialized cells in vitro, namely osteogenic (bones), chondrogenic (cartilage), and adipogenic (fat) lineages.

To transform cells, S18-2 formed a protein complex made of many proteins, namely prohibitin and the ring finger protein 2 (RNF2). This molecular complex increased the mono-ubiquitination of histone H2A at amino acid Lys119. This is characteristics for ESCs, to show enhanced E3-ligase activity of RNF2.

Furthermore, we found that a transcription factor KLF4 recognized the specific DNA sequence in the S18-2 promoter region. Importantly, the S18-2 expression became higher when KLF4 levels increase. When a synthesis of the S18-2 protein in zebrafish embryo was blocked, fish larvae died.

Concluding, our findings suggest an important role for S18-2 in cell stemness and differentiation, and potentially also in cancerogenesis (Figure 1).

We here describe the essential roles of RB and MRPS18-2 in homeostasis of cell stemness. Mouse primary cells expressing both MRPS18-2 and RB (designated as RH18RB) exhibited a stem cell phenotype. As a proof of principle, we demonstrated decreased expression of stem cell-related genes in human mesenchymal stem cells upon downregulation of MRPS18-2 and RB. Notably, loss of the S18-2 protein resulted in embryonic lethality in zebrafish. To reveal a putative molecular mechanism, we demonstrated that MRPS18-2, in a multimeric complex together with RB, enhanced the E3-ubiquitin ligase activity of RNF2 towards histone H2A. Finally, based on our observation that RH18RB cells generated tumors in SCID mice, MRPS18-2 could be a promising target in the development of novel cancer therapies.