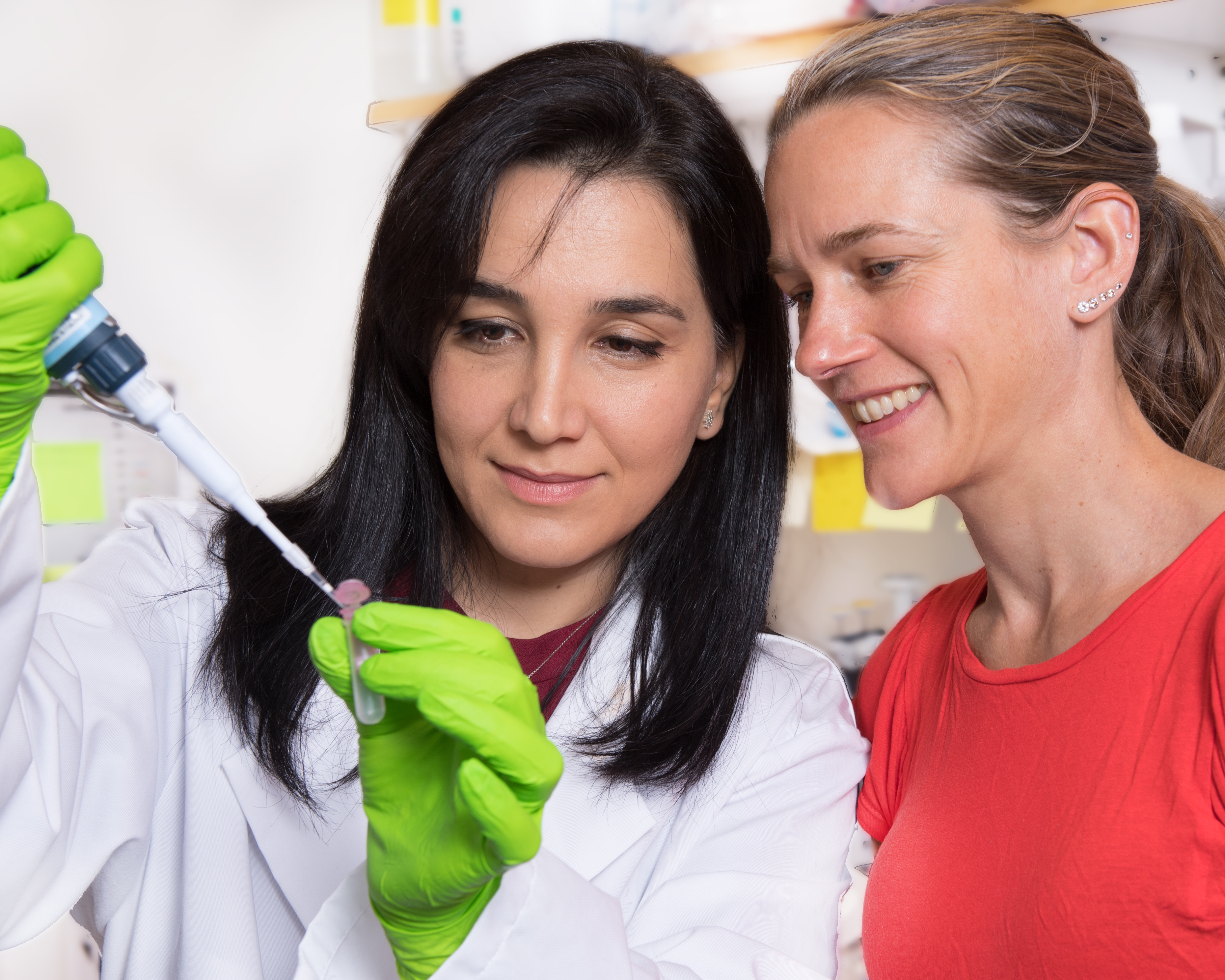 By reprogramming skin cells into nerve cells, researchers at Karolinska Institutet are creating cell models of the human brain. In a new study published in Molecular Psychiatry the researchers describe how cells from patients with the severe developmental disease lissencephaly differ from healthy cells. The method can provide vital new knowledge on difficult-to-study congenital diseases.

Lissencephaly is a rare congenital developmental disease that can be caused by, amongst other anomalies, a mutation of the DCX gene. Affected individuals are born with serious developmental disabilities and a brain that is smooth instead of folded.

The discovery that it is possible to reprogramme specialised cells such as skin cells in order to reverse their development back to stem cells was rewarded with the 2012 Nobel Prize. The resulting so-called iPS-cells (induced pluripotent stem cells) can then be turned into other specialised cell types.

Anna Falk, docent at Karolinska Institutet’s Department of Neuroscience, uses this technique to build cell models of the human brain. In the present study, her team took skin cells from patients with lissencephaly and turned them into iPS cells, which they then cultivated under special conditions into neuronal stem cells and neurons that are copies of those in the patients’ brains.

By examining the cell cultivation dishes, the researchers were able to observe how the patients’ cells behaved and developed from stem cells to nerve cells and compare them with cells from healthy controls. They found that the diseased cells matured much more slowly, sent out shorter projections and were much less mobile.

“It’s already known that DCX affects the ability of neurons to migrate, but we can now show that DCX plays a much greater, broader part in brain development than that,” says Dr Falk. “Our hypothesis is that it’s this, the damaged nerve cells’ resistance to maturation that causes the disease.”

Since there are no relevant animal models for lissencephaly, the reprogramming technique has been essential to the study of lissencephaly’s underlying pathogenesis. At Dr Falk’s laboratory, the method is used to also study other congenital diseases that affect the brain, such as autism and Down syndrome. In future projects, the researchers hope to study how diseased cells can be modified to act as healthy cells.

“What many developmental diseases have in common seems to be the failure of brain cells to mature at the same rate as they do in healthy people,” says Dr Falk. “Trying to influence the cells so that they behave like healthy cells is the first step towards some kind of therapy for these diseases.”