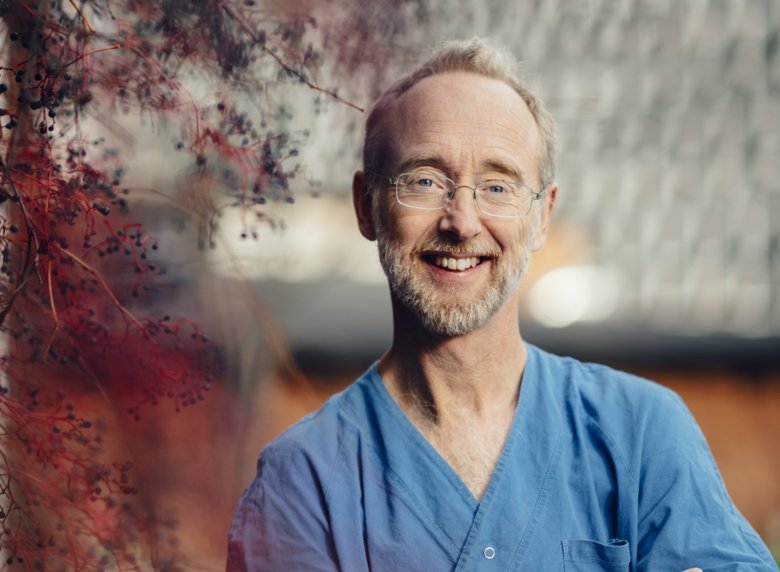 Caption:
Professor Jonas Ludvigsson is not surprised that the current study shows an increased mortality for a number of causes of death in individuals with celiac disease. Credit: Alexander Donka.

People with celiac disease have increased risk of dying prematurely, despite increased awareness of the disease in recent years and better access to gluten-free food. This is according to a new study from Karolinska Institutet in Sweden and Columbia University in the U.S. published in the prestigious journal JAMA. Celiac disease was linked to increased risk of death from cardiovascular disease, cancer and respiratory disease.

Previous studies have demonstrated a modest but persistent increased risk of premature death in patients with celiac disease. However, in recent years, more people with milder disease have been diagnosed and gluten-free food is widely available. It has therefore been hypothesised that celiac disease may no longer be associated with an increased risk of death.

Compared with controls, overall mortality was increased by 21 percent in those with celiac disease. The relative increase in mortality risk was present in all age groups and greatest in those diagnosed in the age range of 18 to 39 years old. 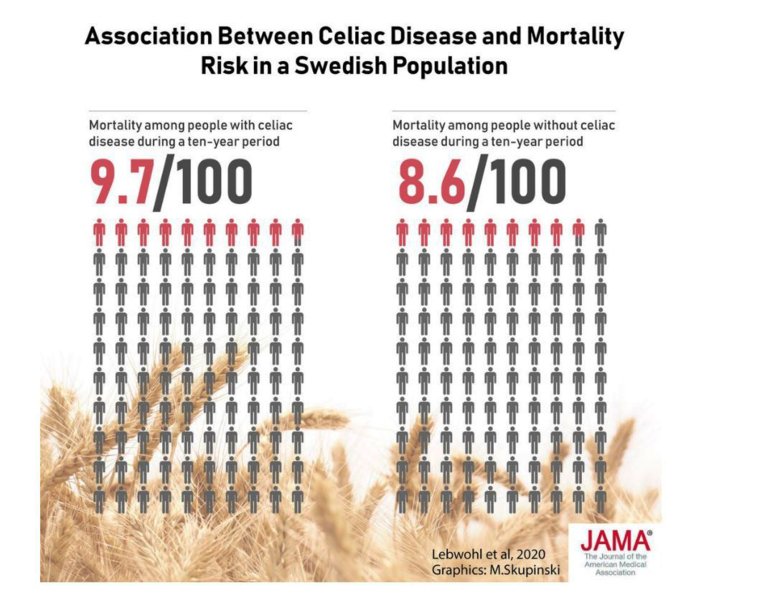 ”We have known that celiac disease can cause a number of long-term complications that can impact life expectancy, but this study examines an entire population in the most recent era, at a time when awareness of celiac disease and access to gluten-free food is widespread,” says Benjamin Lebwohl, Director of Clinical Research at the Celiac Disease Center at Columbia University and first author of the study. “Despite this, we found that celiac disease is associated with long-term consequences.”

Individuals with celiac disease were at increased risk of death from cardiovascular disease, cancer and respiratory disease. Compared with controls, the overall mortality risk was greatest in the first year after diagnosis but the risk increase persisted beyond 10 years after diagnosis. The increased risk was present also in patients diagnosed during recent years (2010–2017).

Inflammation is bad for health

“Celiac disease is characterised by inflammation, which is generally bad for your health,” says corresponding and last author, Jonas F Ludvigsson, senior paediatrician at Örebro University Hospital and professor of clinical epidemiology at the Department of Medical Epidemiology and Biostatistics at Karolinska Institutet. “I am therefore not surprised that we found an increased mortality for a number of causes of death in individuals with celiac disease.”

The fact that the relative risks were highest in the first year of follow-up can have several explanations, says Jonas F Ludvigsson.

“The intestinal inflammation is often most intense around diagnosis, and before a gluten-free diet has had an effect on mucosal healing. Another possible explanation is that the celiac diagnosis may have been made in patients who were very ill from other causes.”

In separate analyses, the authors adjusted for socioeconomic status and comorbidity but the increased mortality risk for people with celiac disease remained.

The research was funded by the Swedish Research Council, the Celiac Disease Foundation and the Louis and Gloria Flanzer Philanthropic Trust. Jonas F Ludvigsson has previously coordinated another study that received funding from the pharmaceutical company Janssen. No other potential conflicts of interest are reported in the paper.

Press release about the findings