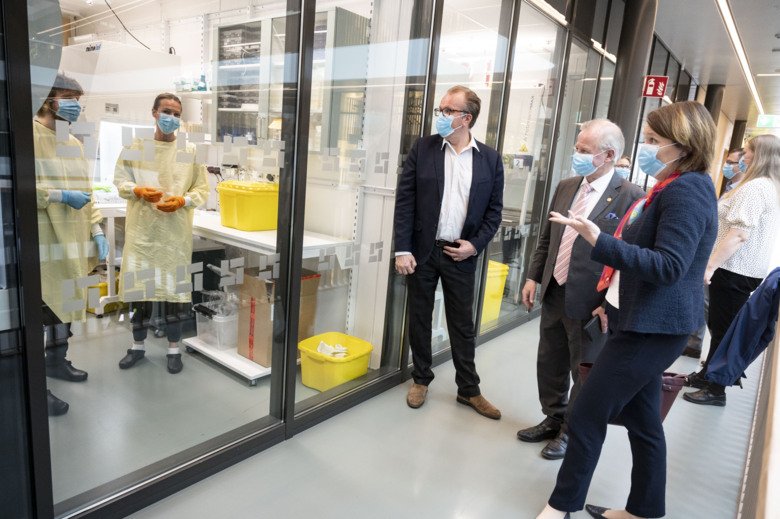 The British Ambassador to Sweden, Judith Gough, visited KI on Walpurgis Eve to discuss the COVID-19 research being led by Lars Engstrand at KI and SciLifeLab in collaboration with KTH and with primary funding from Knut and Alice Wallenberg Foundation.

KI’s president greeted Judith Gough and Michael Moody, Head of Science and Innovation at the embassy, and thanked them for their interest in KI’s work to increase COVID-19 testing capacity and improve test safety and efficiency.

“This is a good opportunity to see what KI and Lars Engstrand's team are working on. The coronavirus pandemic underlines the importance of scientific exchange, and Sweden and the UK have a track record of delivering innovative science together,” Judith Gough said.

“KI has been actively working to deepen its cooperation with the UK. In January, we organized a seminar at the Swedish Embassy in London where we hosted talks on research funding. Now new opportunities are being created,” says Ole Petter Ottersen.