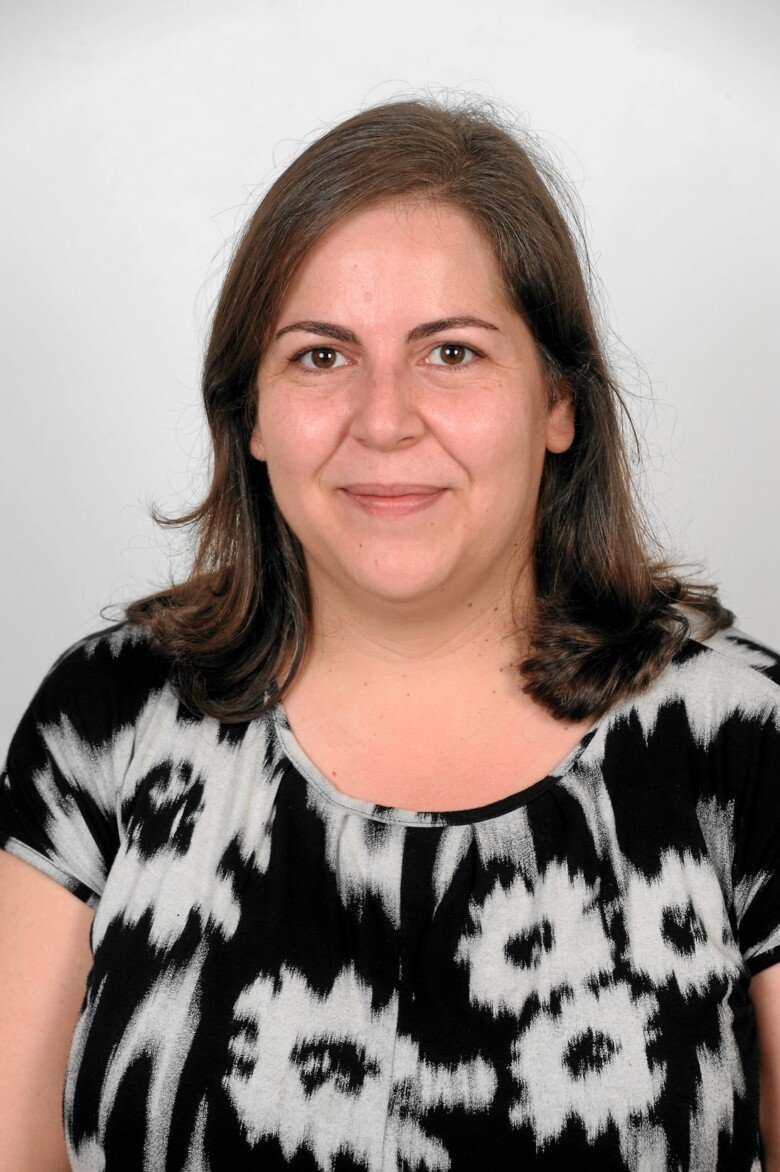 Tânia Costa at the Department of Biosciences and Nutrition is the receiver of the Dan Grandér Memorial Prize 2020 for the best doctoral thesis in the area of cancer research at Karolinska Institutet during 2019. With a comprehensive and yet focused thesis, spanning from molecular mechanisms to patient outcome, illuminating the role of PAK 4 in tumor development and prognosis.

Tânia Costa, at the Department of Biosciences and Nutrition, defended her thesis titled “PAK4 signaling in development and cancer” in November 2019. In the thesis she explored the role of a protein called p21-activated kinase (PAK4), in normal organ development and in cancer.

This study began with the observation of unusual cancer cell shapes upon PAK4 inhibition during Tânia’s early work in the laboratory as an undergraduate exchange student. Over the years, she continued to build on this initial finding with the help of collaborators both within and outside the laboratory. 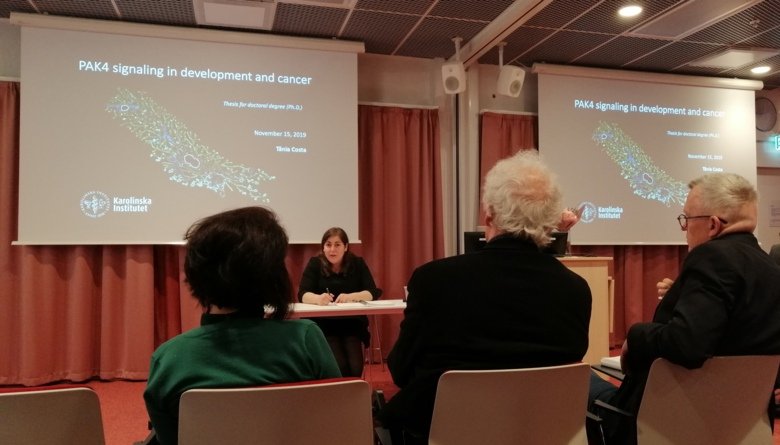 Initially they found that PAK4 is overexpressed in breast cancer and that it correlates to poor prognosis in breast cancer patients. Then they found that by inhibiting PAK4, cellular senescence in cancer cells could be restored (thus inhibiting their growth) and a detailed molecular mechanism could be provided. Importantly, these findings were largely supported by in vivo analyses of transgenic mouse models, correlations in clinical data and ex vivo validation in patient-derived cells.

Tânia’s thesis contributes to a better understanding of the mechanisms that govern breast tumorigenesis. Hopefully such knowledge will prove relevant in cancer treatment and may also be relevant to aging and other diseases where cellular senescence is essential. Further studies on the role of PAK4 in cancer are underway. Additionally, Tânia continues to investigate the role of the senescence barrier in cancer development.

The award is handed out in memory of Professor Dan Grandér who was a prominent researcher and physician in the field of cancer, and at the time for his death also Head at the Department of Oncology-Pathology at Karolinska Institutet. He passed away in 2017, himself the victim of cancer disease.

The research prize in his memory will be awarded on Wednesday, December 16th at a digital event. The awardee receives SEK 50,000 and a diploma.