A historical day for Alzheimer research in Sweden 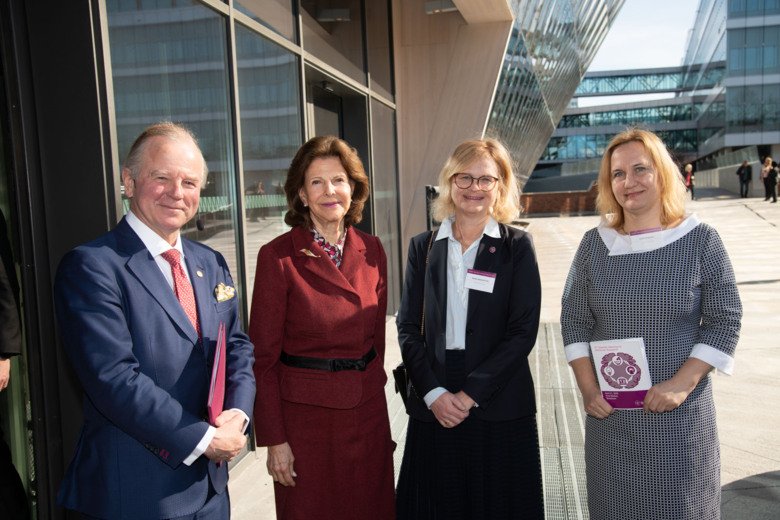 On April 21, the 2nd Swedish Meeting for Alzheimer's Research was organized in Aula Medica by the Center for Alzheimer Research at NVS. In total, around 450 attendees participated, of which about 300 were researchers. 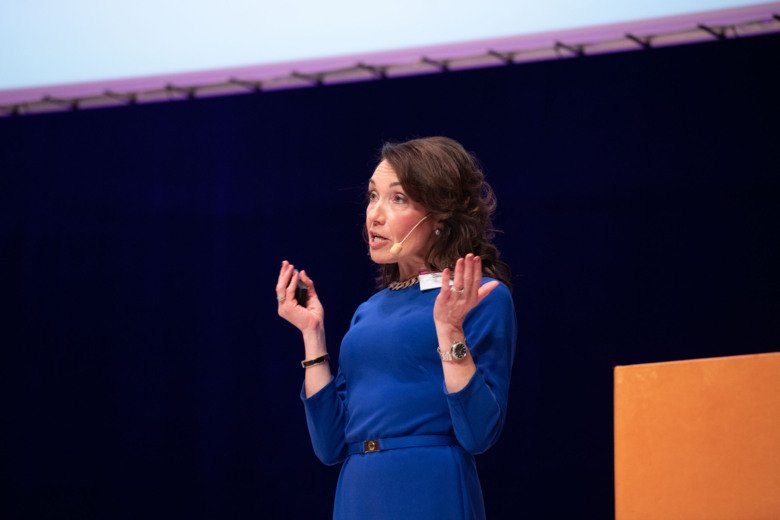 ”We were honored to have with us world-leading researchers in the field of Alzheimer’s disease”, says Daniel Ferreira, director of the Center for Alzheimer Research. ”But also import, we had many junior researchers and students.”

”Linking juniors with world-leading researchers was an important goal for us, he continues. In addition, we had a group of around 40 residents in geriatrics from all across Sweden.”

”And of course, we were extremely honored that H.M. Queen Silvia and KI President Ole Petter Ottersen visited us and participated in the program!” Daniel says. 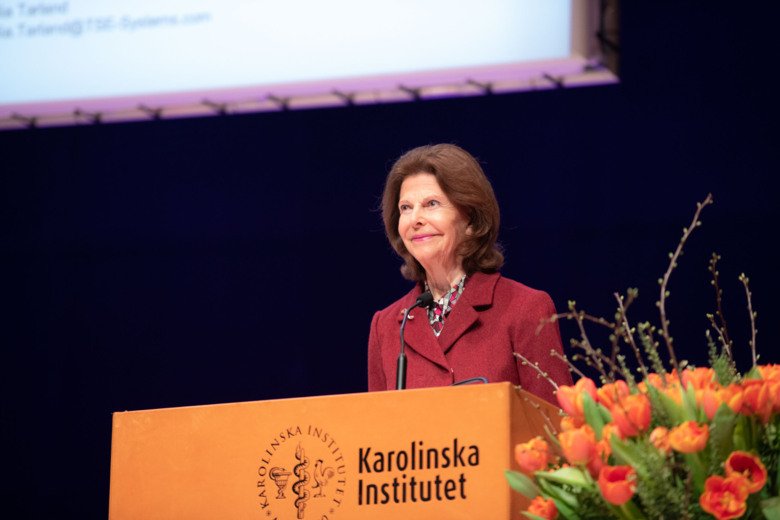 Daniel Ferreira believes that the visit of the Queen highlighted the importance of research and education in Alzheimer's disease and that her speech was really encouraging in that we should continue with our current efforts to understand Alzheimer’s disease better and that collaborative work is really important. Also, the Queen has an important role in the education of professionals in the dementia field, for example through Silviahemmet and the Queen’s collaboration with KI.

”I also think that the visit of the Queen was representing the importance of connecting our research with the Swedish society”, Daniel says.

”I think I am not exaggerating if I say that this was really a historical day for Alzheimer research in Sweden”, Daniel sums up the day.
”The contributions from H.M. Queen Silvia, KI president, as well as all speakers and chairs were fantastic. The program was really top level with very interesting updates on Swedish Alzheimer research”. 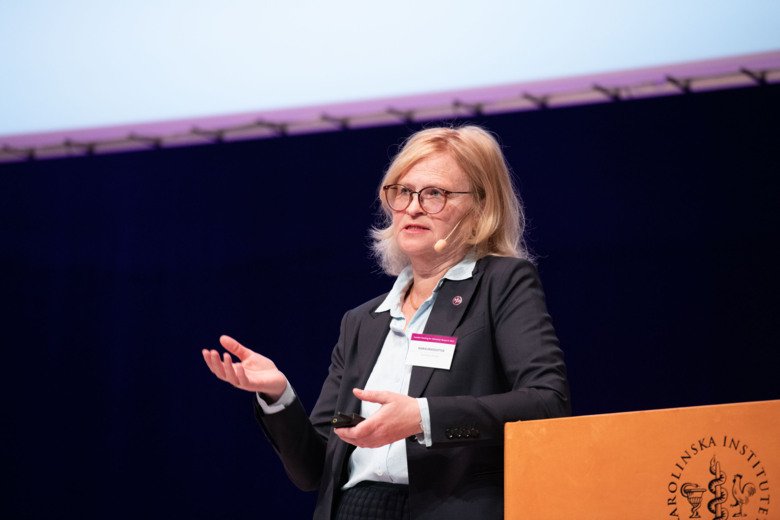 He believes that the meeting was important for everyone to grasp the projection and international impact of our work. He thinks interactions and scientific discussions were very stimulating and attendees could also identify potential collaborators and goals for the near future. The interactions with industry representatives was very good and the experience with philanthropists very well received. The contribution from residents in geriatrics was also important and brought up the importance of linking our research with the clinical world.

”In summary, I think the day was a very good learning experience for the many different actors and groups. Now we need to make progress in the directions we identified and assess the progress in the next meeting, hopefully in 2024”.

”One important take was the feeling that we have a wonderful Alzheimer research community in Sweden. We learnt that this community is rich in collaborations already, but also has a lot of potential to become even better. I believe our attendees identified some good avenues to continue our current work and collaborations, which will help us growing as a community and do even a more important contribution to the field”.

was developed together with the steering committee of the Center of Alzheimer Research (Per Nilsson, Dorota Religa, and Chengxuan Qiu) and colleagues from the Development Office at KI. Many people participated in the implementation and organization of the event, including a group of PhD students and postdocs from ”CAR Divisions” at NVS (Divisions of Neurogeriatrics, Clinical Geriatrics, and ARC) as well as administrative staff, colleagues from Karolinska University Hospital, and fantastic collaboration with Aula Medica and KI. 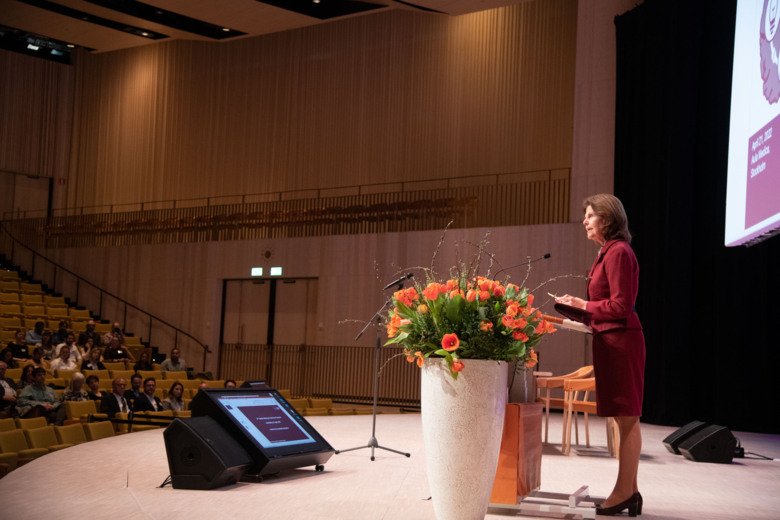 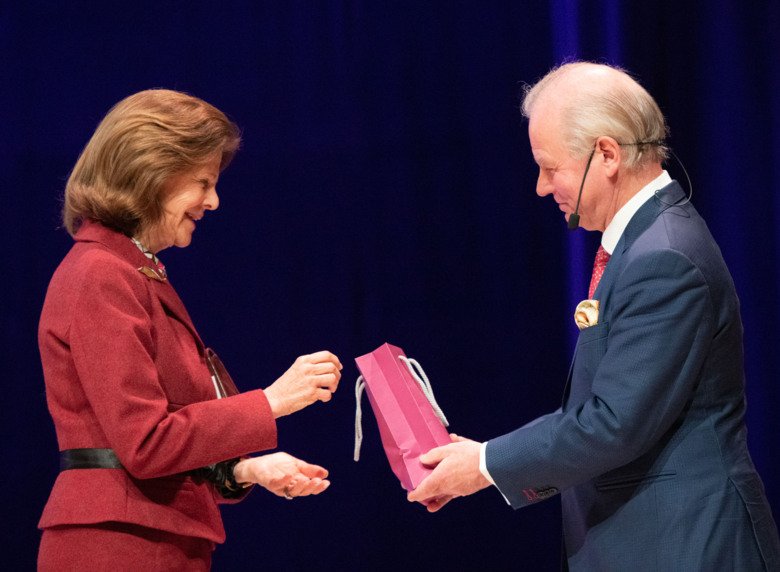