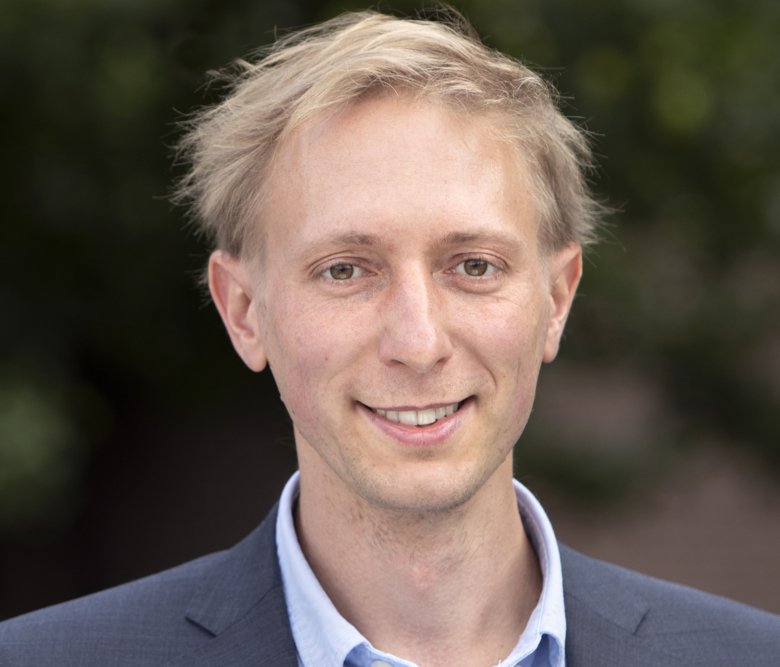 A study lead by KI researcher and SciLifeLab Fellow Simon Elsässer elucidates a new flavour of heterochromatin, used by embryonic stem cells to silence ‘parasitic’ DNA-elements within the context of their highly dynamic pluripotent chromatin. The study was recently published in Nature Communications.

So-called transposons are abundant DNA-elements found in every eukaryotic organism (cell that possesses a clearly defined nucleus), as a consequence of their ability to jump and multiply within the host genome.

"Their activity represents a threat to the integrity of the host genome and thus the host cell engages a number of protective mechanisms to silence the expression of transposons", explains Simon Elsässer, researcher at the Department of Medical Biochemistry and Biophysics.

It is known that some of these mechanisms fail in cancer cells and also ageing cells, leading to a mobilization of transposons with largely unknown consequences. Histones, the proteins that package the genome in the eukaryotic nucleus, are key to the most fundamental line of defence to transposons. By forming a highly compacted array, so-called heterochromatin, they render the associated DNA sequence inert to being read and expressed.

Heterochromatin is defined by characteristic modifications to histone proteins and DNA, such as histone H3 K9 trimethylation and DNA CpG methylation.

Simon Elsässer’s team studied endogenous retroviral elements (ERVs), a particularly active and abundant family of transposable elements in the mouse genome, which are in fact remnants of once-active viruses. Curiously, while they found all the hallmarks of heterochromatin to be employed in the silencing mechanism, ERV chromatin was highly enriched in a histone variant, termed histone H3.3, which has previously been invariably associated with active regions of the genome.

Following up on this observation, the team could elucidate an unexpected mechanism involving a continuous loss of ‘old’ histones and replenishment with newly synthesized histones H3.3 molecules. By genetic manipulation, the team was able to deduce a mechanism explaining this dynamic process: the ATP-dependent chromatin remodeler Smarcad1 evicts histones within heterochromatin, thus creating gaps in the chromatin fibre that could render parts of the ERV gene accessible. Following suit, the histone chaperone DAXX seals these gaps by facilitating reassembly of nucleosomes with histone variant H3.3.

"The concerted process of eviction of one and deposition of another histone is so smooth and efficient that it leaves no apparent trace of accessible DNA. Without a close look at the dynamics of histones within the chromatin fibre, we would have never noticed the phenomenon", says Simon Elsässer.

The result is puzzling because active remodeling and nucleosome eviction is expected to counteract a compacted chromatin structure, inert to transcriptional activation. But the team believes that dynamic heterochromatin is an adaption of a ubiquitous silencing mechanism to the specific requirements of a pluripotent chromatin state. The highly transient opening of heterochromatin may allow sequence-specific co-repressors to find their target DNA sequence within the transposable element, in turn recruiting more repressive factors to propagate and amplify the silent state.

Driver mutations and dysregulation of DAXX, H3.3 and Smarcad1, respectively, have been observed in various cancer types. The new study adds fresh indications that reactivation of silenced transposable elements may play a role in their tumorigenesis.