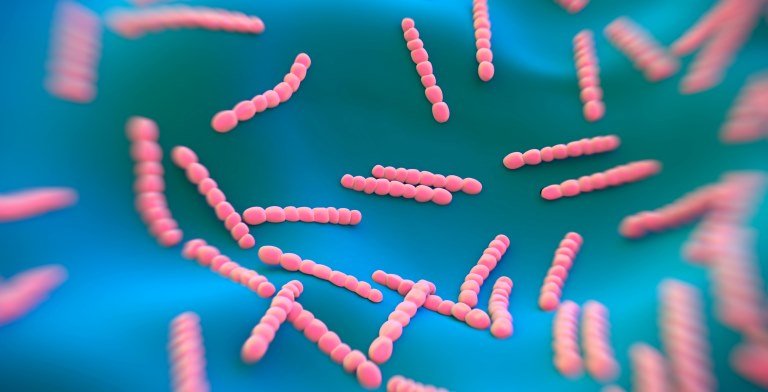 A special variant of a sugar molecule in the human nose might explain why pneumococcal infections are more common in humans than in other animals, researchers from Karolinska Institutet report in a study published in the journal Cell Host & Microbe. The discovery can help in the search for a broader vaccine able to protect against all types of pneumococci.

The bacterium S. pneumoniae or the pneumococcus exists naturally in the noses of children and adults, but is also one of the most common causes of infectious diseases in the world, with meningitis and pneumonia being amongst the most severe. Pneumococci cause more severe infections in humans than in other mammals, something that has hitherto remained a mystery.

Nasal mucus contains a special sugar molecule – sialic acid – which pneumococci use as a source of energy for its growth and survival. With the help of an enzyme this acid is released by the bacteria and taken up into the bacterial cells for conversion to energy. In this present study, the researchers show that the sialic acid found in humans make pneumococci able to both grow better and become more resistant to the immune defence than the variant commonly found in other mammals.

A broader vaccine in sight

Using mice with a mutation that causes them to produce the human form of the sugar, the researchers found that these mice were more prone to acquire a severe pneumococcal infection than the controls.

“We found that the human variant of the sugar molecule caused the bacteria to produce more of the enzyme that releases the sugar that pneumococci need as a source of energy,” says principal investigator Professor Birgitta Henriques-Normark at the Department of Microbiology, Tumour and Cell Biology. “This can enhance the growth of pneumococci in the human mucosa. Moreover, the increased uptake of sialic acid by the bacteria triggers their production of a protein [htrA] that counters the oxidative stress that the body’s immune system uses to fight the infection.”

The finding gives the researchers a clearer idea of how and why pneumococci can cause such severe infections in humans. This knowledge makes scientists better placed to develop more effective vaccines able to protect against all types of pathogenic pneumococci in humans, something current vaccines cannot do.

The study was a collaboration between researchers from Karolinska Institutet and the University of California and was financed with grants from the Knut and Alice Wallenberg Foundation, the Swedish Research Council, the Swedish Foundation for Strategic Research, ALF funding in collaboration with the Stockholm County Council, and the NIH.