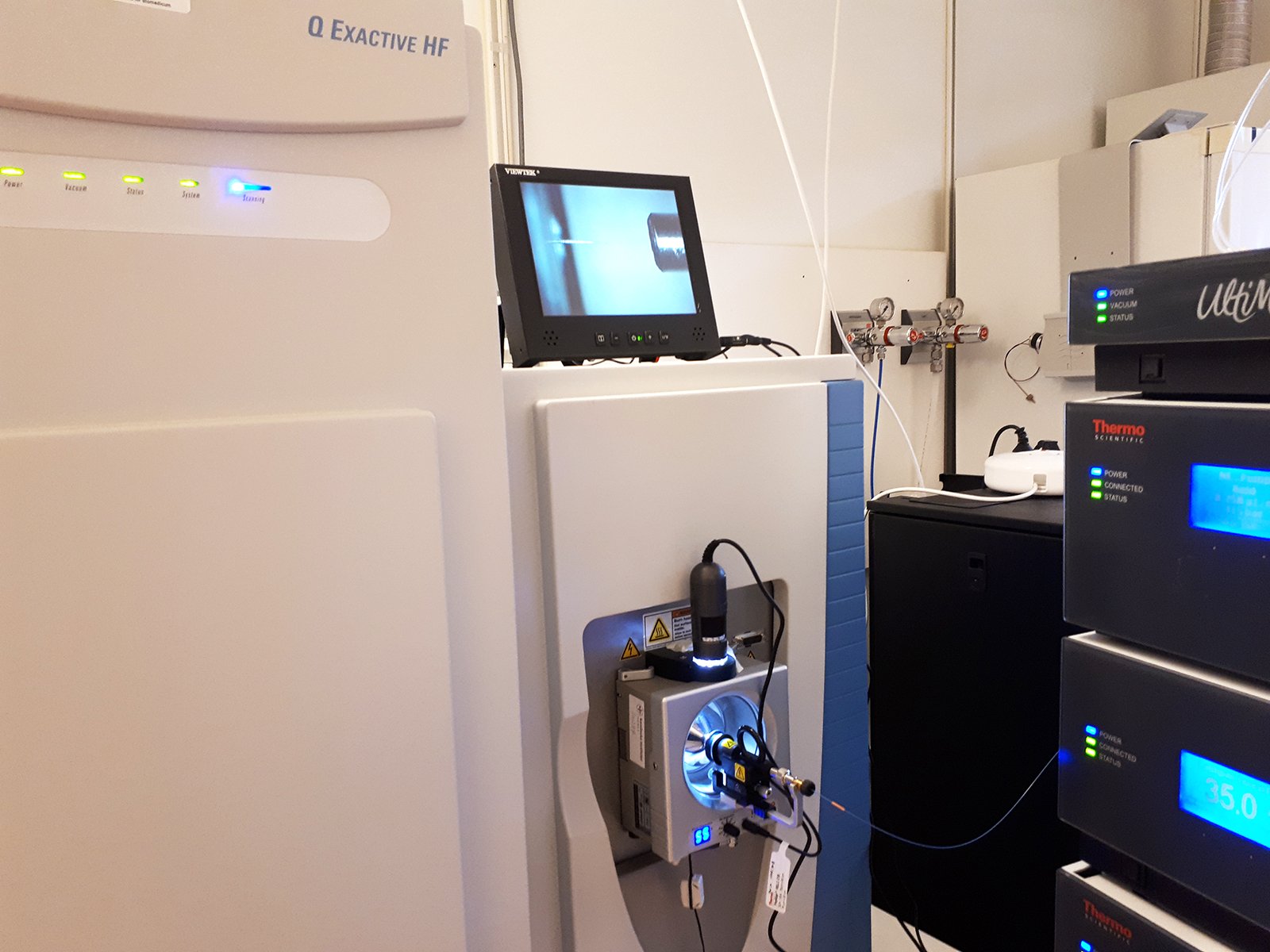 Since the 2017 autumn term, the two new core facilities “Chemical Proteomics” and “VirusTech”, located at KI’s Department for Medical biochemistry and biophysics, MBB, are available to researchers nationwide.

The Chemical Proteomics facility opened to provide specialized support to KI and other Swedish universities on drug discovery and development, particularly providing proteome-wide identification and characterization of drug targets and/or mechanism of actions. The facility is run by Max Gaetani under Roman Zubarev´s direction and is part of the joint Chemical Proteomics & Proteogenomics SciLifeLab national facility. It is primarily funded by the Swedish national infrastructure for biological mass spectrometry (BioMS).

“Time has arrived to let cells and tissues speak for themselves after drug treatments through their proteome-wide changes which we will use as an opportunity for a much brighter understanding and discovery of drug targets and mechanisms”, says Max Gaetani, head of the facility.

The new facility is also organizing an introductory three day course, from 7 through 9 November 2017, targeted towards PhD students, postdocs and other researchers from Swedish universities. Participants will learn about current advances of MS-based proteomics strategies with aims in drug discovery and development, in particular for proteome-wide identification and characterization of compound-target interactions.

Virus Tech in collaboration with CMB

In addition, MBB’s Jens Hjerling-Leffler has together with Emma Andersson (CMB/BioNut) started the VirusTech Core Facility which is headed by Albert Blanchart Aguado. It specializes in the production and concentration of Lentiviral and Adeno Associated Viruses (AAVs), but it also works with developing and optimizing the production of other types of viruses.

“Viral manipulations allow for relatively cheap, quick and precise manipulation of biological systems ranging from over–expression to gene-knockouts. This is an extremely fast-developing field and there has been an unmet need with regards to capability for high-quality fast turn-around production at the Karolinska Institutet”, says Jens Hjerling-Leffler.

The facility is a collaboration between the two Departments of Medical biochemistry and biophysics and of Cell and Molecular Biology and is funded by a grant from StratNeuro.