The link between heart attack and stomach ulcer bacteria 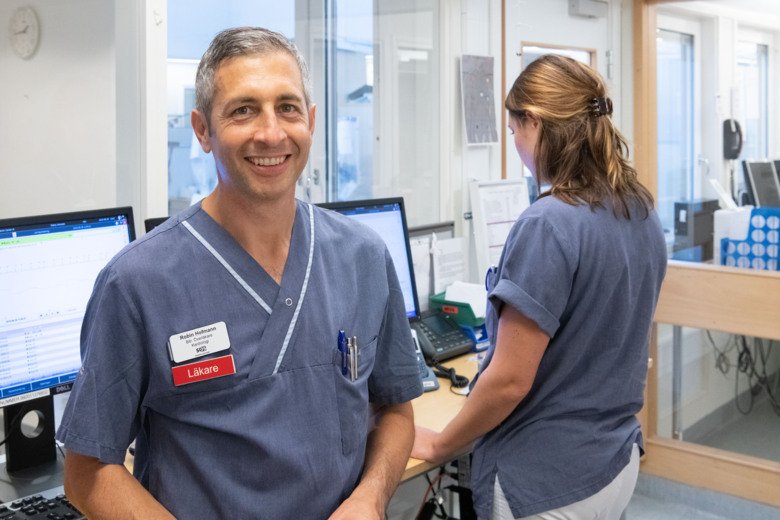 A new study is due to examine whether the post-infarction prognosis can be improved by treating the stomach ulcer bacterium helicobacter pylori. The study is to be led by Robin Hofmann, cardiologist and researcher at the Department of Clinical Research and Education, Stockholm South General (Söder) Hospital, Karolinska Institutet.

Text: Ann Kjellqvist, in translation from Swedish for the magazine Medicinsk Vetenskap no 1/2022

How common and how dangerous is a myocardial infarction?

“Every year, over 25,000 people in Sweden suffer a heart attack, and despite the progress made in terms of fatalities and incidence rates, cardiovascular disease remains the leading cause of death.”

What do we know about the link between heart disease and gastrointestinal disease?

“Thanks to intensive blood-thinning treatment, survival following myocardial infarction has increased over the past 25 years, but at the cost of a higher risk of haemorrhage in the upper gastrointestinal tract. These side-effects demand considerable hospital resources, cause increased suffering in the patients and lead ultimately to more fatalities."

"Studies have shown that the risk of bleeding increases if the patient is also infected by the stomach ulcer bacterium helicobacter pylori. This is a common infection that can easily be treated with antibiotics, which virtually eliminate the infection-related haemorrhage risk. However, we as yet know nothing about how the diagnosis and treatment of a helicobacter pylori infection affect outcomes following myocardial infarction.”

You’re now starting a new study – tell us about it.

“The aim of the study is to explore the significance of the diagnosis and treatment of helicobacter pylori infection in the upper gastrointestinal tract to see if it can reduce bleeding complications and thus improve prognosis following a heart attack. 35 Swedish hospitals are taking part and some 23,000 patients are planned for inclusion in the study over a three-year period.”

How can this affect healthcare?

“If the hypothesis proves correct, the recommendation will be to introduce systematic screening of infarction patients for helicobacter pylori infection and, if necessary, its treatment. We also believe that diagnosis and treatment for people suffering both cardiac and gastrointestinal problems can be improved through the more structured collaboration of cardiologists and gastroenterologists.”

As few as one in ten survive a cardiac arrest outside of hospital. But researchers have a whole battery of studies underway in the attempt to optimise all parts of the chain of survival.

At least 1.8 million Swedes have high blood pressure. But even though blood pressure medication is considered one of the most important life-saving treatments, many people have it without knowing.