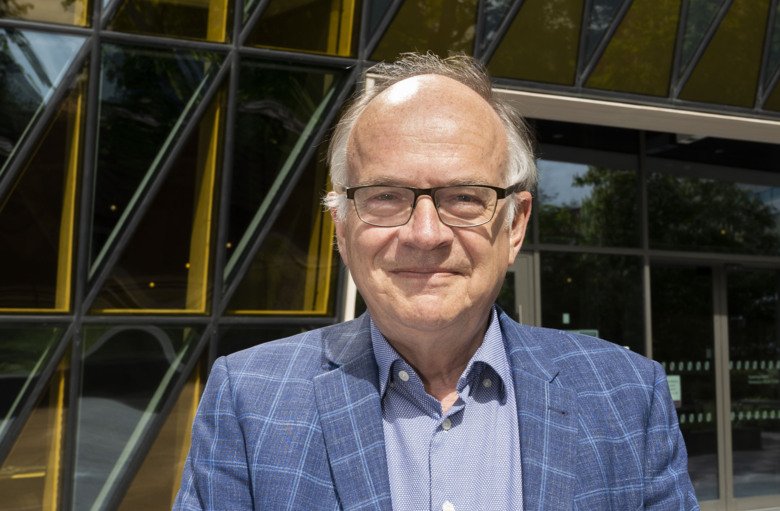 In a sense, Göran Stiernstedt will have come full circle when he takes up office as KI chairperson on 1 May 2020. He once took his medical degree at KI, and now he’s back.

How do you feel about the appointment?

It’s great, really exciting. I was partly raised at KI. To end with a post like this is especially great.

You’re not totally new to the University Board, as you were a member during the previous period. What are you taking with you from that experience?

It’s an advantage of course to be familiar with current issues. The Board drew up KI’s Strategy 2030 and decided on the new management organisation. But it was also a case of clearing up after Macchiarini. The investigations were done and led to a whole raft of recommendations for the Board to deal with. It feels now as if the business has somehow come to a close. For Strategy 2030 it’s just a case of implementing it.

How is being chairperson different?

I suppose that you’re closer to the KI management. I have other chairmanships, as you know, and there’s a difference between chairing a limited company and chairing a university, but it’s all about being there to support the management. As a chairman you’re also more active.

What does the Board do?

It’s laid down, as you know, but it deals with strategy matters, sets the budget and the overall governance. It also deals with matters related to nominations.

I can also say what it doesn’t do. It doesn’t go in and interfere with the details. It’s really important not to be too operative. The university is ultimately managed by the president and his colleagues. We’re not supposed to get involved in the day-to-day running of the university.

What issues are especially important now?

I can’t sit here today without saying that we have a very special situation with COVID-19, which also indicates just how important research is. We pin our hopes on scientists being able to solve diagnostic and vaccine issues, and to contribute epidemiological knowledge. We have to see opportunities here for the university. COVID-19 also highlights the imperative of collaboration with other actors, such as hospitals and universities – not least in Stockholm.

Why is collaboration so important?

Because we’re dealing with such complex issues. The solution can never be found at one place. It’s like doing a jigsaw. One involving things like epidemiology and non-traditional medical issues, such as how we socialise and why we’re now sitting at arm’s length from each other. The significance of this also needs to be studied – in social science research, for instance. Success is about connecting what we know about the virus with knowledge of this kind.

What other challenges is KI facing?

In the long term, it’s to be better at public health and prevention work and to adapt to the healthcare sector’s transition to more preventative health work. KI needs to be stronger in that field. A particularly topical issue is elderly care, which I think we need to academise along with the municipal healthcare services. I’ve already proposed this in a report a couple of years ago, but not much has happened. COVID-19 has given us even stronger reasons to pursue this issue – it will be an illustration of what hasn’t worked so well. We have to keep trying to raise the status of elderly care – which means it’s vital that we focus research in that area and set up student placement schemes there.

You have a long career in healthcare. How is it different working at a medical university?

I don’t think there’s much of a difference. In all my other jobs I’ve collaborated with universities, now I’m coming in from the other direction. This makes me even more convinced that collaboration with the healthcare sector is one of the most important success factors by far. “Karolinska” is associated in the public eye with healthcare, we can’t have the same name yet pull in different directions. Ultimately, collaboration must work at the far end where the value is produced. But if there’s no trust at the highest level, this will be harder to achieve. Now that I’m chairman of KI, obviously much of my work will be ensuring that things function at the highest level.

What aspects of Strategy 2030 do you find particularly important?

Public health and that it’s a global concern. Global collaboration is about working with universities around the world with a greater focus on public health from more perspectives than just the medical. Delivering health is also a matter of things like ensuring water supplies and creating jobs.

What are you most proud of, professionally speaking?

I’m very proud of the my thesis on borrelia. It was a totally new disease that no one knew about in Sweden back then. It was me at Danderyd Hospital and Eva Åsbrink at Söder Hospital that introduced Sweden to the disease. I’m also proud of the Effective Care report (SOU 2016:2), which made a huge impact. It was the start of the transition to a more person-centred based system.

That we get this pandemic under control in Sweden and around the world. I’m confident we will, it’s just a question of how long it takes. As an infectious disease doctor I was there throughout the whole HIV/AIDS epidemic and research solved a great deal by developing therapies. I think we’ll solve a lot of this too, but there’s little time to loose.

Appointed by the government as national coordinator

Roles: Docent and chairperson of the KI University Board. Was also a board member in the last period (1 December 2016 to 30 April 2020).

Selected background: Medical degree at KI 1973. Specialist in infectious diseases 1979. Earned his PhD with a thesis on borrelia. Has worked as an infectious diseases doctor at Danderyd Hospital. Director of Uppsala University Hospital 1998–2002. Deputy Chief Executive for Stockholm County Council until 2008, and then director and head of the medical and social services division of the Swedish Association of Local Authorities and Regions. Appointed by the government as national coordinator on more effective resource use in healthcare and as the leader of the “Ordning och reda i vården” commission.