Scientists reveal how epigenetic changes in DNA are interpreted 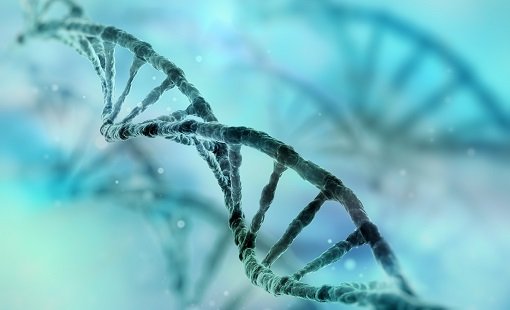 A new study in Science from Karolinska Institutet maps out how different DNA-binding proteins in human cells react to certain biochemical modifications of the DNA molecule. The scientists report that some ‘master’ regulatory proteins can activate regions of the genome that are normally inactive due to epigenetic changes. Their findings contribute to a better understanding of gene regulation, embryonic development and the processes leading to diseases such as cancer.

The DNA molecule carries information in the form of a sequence of four nucleotide bases, adenine (A), cytosine (C), guanine (G) and thymine (T), which can be thought of as the letters of the genomic language. Short sequences of the letters form ‘DNA words’ that determine when and where proteins are made in the body.

Almost all of the cells in the human body contain the letters in precisely the same order. Different genes are however active (expressed) in different cell types, allowing the cells to function in their specialised roles, for example as a brain cell or a muscle cell. The key to this gene regulation lies in specialised DNA-binding proteins – transcription factors – that bind to the sequences and activate or repress gene activity.

Two variants of the same letter

The DNA letter C exists in two forms, cytosine and methylcytosine, which can be thought of as the same letter with and without an accent (C and Ç). Methylation of DNA bases is a type of epigenetic modification, a biochemical change in the genome that does not alter the DNA sequence. The two variants of C have no effect on the kind of proteins that can be made, but they can have a major influence on when and where the proteins are produced. Previous research has shown that genomic regions where C is methylated are commonly inactive, and that many transcription factors are unable to bind to sequences that contain the methylated Ç.

“The results suggest that such ‘master’ regulatory factors could activate regions of the genome that are normally inactive, leading to the formation of organs during development, or the initiation of pathological changes in cells that lead to diseases such as cancer”, says Professor Jussi Taipale at Karolinska Institutet’s Department of Medical Biochemistry and Biophysics who led the research.

Helps us interpret the genetic language

The results pave the way for cracking the genetic code that controls the expression of genes, and will have broad implications for the understanding of development and disease. The availability of genomic information relevant to disease is expanding at an exponentially increasing rate.

“This study identifies how the modification of the DNA structure affects the binding of transcription factors, and this increases our understanding of how genes are regulated in cells and further aids us in deciphering the grammar written into DNA”, says Professor Taipale.

The study was supported by the Academy of Finland Center of Excellence in Cancer Genetics and the ERA SynBio project MirrorBio, Karolinska Institutet’s Center for Innovative Medicine, Knut and Alice Wallenberg Foundation, Göran Gustafsson Foundation, and the Swedish Research Council.