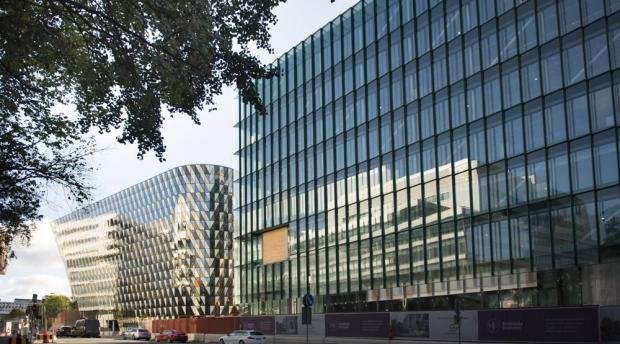 With Karolinska Institutet’s major investments in infrastructure, especially with the new research buildings, the rents are now rapidly increasing. In addition, the laboratory-intensive activities will be required to pay more than others, from 2018, which has given rise to criticism from the academic researchers and scientists.

The Biomedicum, Bioclinicum, Neo research buildings, the KM-B animal building, and the renovation of Alfred Nobel’s allé, ANA8, “The Laboratory of the Future,” will all be ready for moving into with the course of a year.

“This is an absolutely essential investment,” remarks Stefan Eriksson, Vice-Dean of Infrastructure at the Karolinska Institutet.

At the same time, as he admits, a lot is going on simultaneously. Sixty percent of KI’s operations will move into new premises next year, and 80 percent of the laboratory and animal research facilities will be renovated. This costs a lot of money.

“When building new buildings, you have to expect that the rents will higher,” comments Stefan Eriksson.

The starting point and underlying premise for the new modern research laboratories has been not only that are they required for successful research in the coming decades, but also for synergy benefits as it relates to costly equipment and reduced administrative expenses when several departments move in together.

New model for rent levels to be introduced

As of 2018, a new model for the setting of rent levels will be introduced with differentiated rents. The laboratory premises will cost more and will have higher rents than offices and educational premises.

KI researchers have been criticising the system due to that they believe that the preconditions for experimental research are deteriorating. Among other things, the researchers do not have full access to the information concerning what funds from the external funds may be used to pay the rent.

“It is unfortunate that so much has been built at the same time because this will put such a great financial burden on the University. What’s happening now is basically that the bill is being passed on to the researchers. “We should have been a little more cautious,” comments Nils-Göran Larsson, Professor of Mitochondrial Genetics and Head of Department of the Department of Medical Biochemistry and Biophysics (MBB), one of five departments moving into Biomedicum next year. Nils-Göran is also the Chair of Biomedicum’s Heads of Departments group, which rotates its Chair every six months.

“When you expand Karolinska Institute’s activities to such an extent, the internal resources available to the individual researcher will be very small and experimental research will become increasingly dependent on external funding,” observes Nils-Göran Larsson.

Stefan Eriksson, the Vice-Dean of Infrastructure, who was previously the head of the Department of Physiology and Pharmacology, which is moving to Biomedicum, is well-aware of and deeply involved in the strained rental situation for many research groups.

Since the funding from the national government remains at the same level, more external sources of funding is needed. However, while government grants are allocated to departmental salaries and rent, many external funding sources require that the funds granted may not be used for rent.

“This means the funds will not be sufficient and it is up to each department to ensure that they have a balance. Then one has to ‘shrink the suit,’ so to say, where tightening the belt can be painful,” comments Stefan Eriksson.

Gunilla Karlsson Hedestam, Professor at the Department of Microbiology, Tumor and Cell Biology (MTC), also questions how the research groups will be able to pay the higher rental costs.

“What has happened over the past 10 years is that the research funders have come to demand more transparency with more frequent and more detailed financial reports where rental costs are rarely allowed to be included. At the same time, unallocated funds that can be used to pay the rents have become harder to find. It’s an impossible equation for many groups,” observes Gunilla Karlsson Hedestam.

Professor Karlsson Hedestam would like to see a helicopter perspective on the part of KI's management in regards to the unsolvable equation concerning rental costs.

“I and many others have made attempts to raise these problematic issues at KI for discussion, but one doesn't really want to touch the problem because it’s difficult to find a solution,” remarks Gunilla Karlsson Hedestam.

Dean of Research Anders Gustafsson is aware that the investments in new infrastructures have hit some research groups hard.

“The Board of Research at KI needs to work together with the departments in order to mitigate the effects, to the extent feasible. Relative to KI’s total income, however, the rent increases are actually not so dramatic,” comments Anders Gustafsson.

The new rent model is intended to reflect actual costs