PTS symptoms can be prevented by Tetris in the emergency department 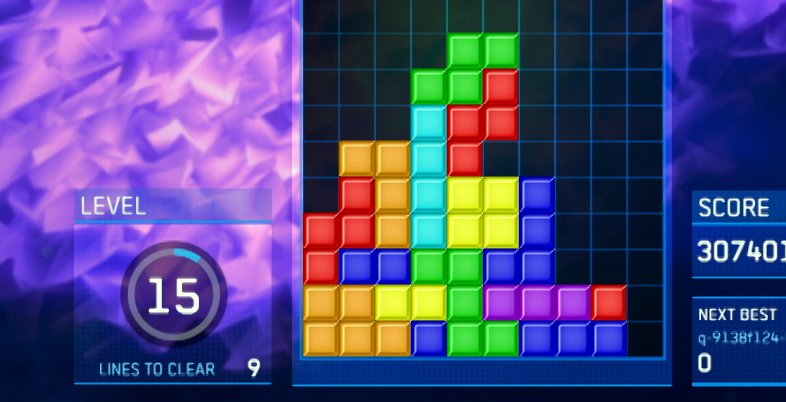 A single dose psychological intervention including the computer game Tetris can prevent the unpleasant, intrusive memories that develop in some people after suffering a traumatic event. Researchers have been able to demonstrate how the survivors of motor vehicle accidents have fewer such symptoms if they play Tetris in hospital within six hours of admission after also having been asked to recall their memory of the accident. The results of the study, which was conducted by researchers at Karolinska Institutet with colleagues at Oxford University and elsewhere, are published in the journal Molecular Psychiatry.

Post-traumatic stress disorder (PTSD) can affect people who have experienced war, torture, rape, road accidents or other kinds of situations in which they felt their life, or that of another person, was in danger. While most people do not develop PTSD after trauma, one of the core clinical symptoms in those who do involves recurrent and intrusive memories of the trauma (colloquially referred to as ‘flashbacks’). Evidence based treatment for PTSD includes trauma-focused cognitive behavioural therapy, however we lack preventative interventions to prevent the build-up of symptoms.

Emily Holmes, professor of psychology at Karolinska Institutet’s Department of Clinical Neuroscience, has spent many years studying the kind of preventative effects that behavioural interventions – such as a procedure including the computer game Tetris – can have on reducing intrusive memories after experimental trauma. Previously she has studied healthy individuals in controlled laboratory environments. Now, she and her Oxford colleague Dr Lali Iyadurai have taken their model for the first time from the laboratory into a clinical environment to study patients who had a traumatic motor-vehicle accident. Earlier studies show that roughly one in four people who have been in such accidents develop PTSD.

“Our hypothesis was that after a trauma, patients would have fewer intrusive memories if they got to play Tetris as part of a short behavioural intervention while waiting in the hospital Emergency Department,” says Professor Holmes. “Since the game is visually demanding, we wanted to see if it could prevent the intrusive aspects of the traumatic memories from becoming established i.e. by disrupting a process known as memory consolidation.”

The study involved 71 motor vehicle accident victims, of whom half received the intervention (recalled the trauma briefly and then played Tetris) while waiting in the hospital emergency department, and half performed another task, all doing so within six hours of the accident. Results showed that the researchers’ hypothesis was right: those who had played Tetris had fewer intrusive memories of the trauma in total over the week immediately following the accident than the controls. The researchers also found that the intrusive memories diminished more quickly.

“This first week after trauma can be important for our patients, who have to go home, recover and look after themselves, which can be hard to do if you’re getting intrusive memories of the trauma, often several a day,” says Dr Iyadurai.

The primary outcome of the research was the number of intrusive memories in the first week after the trauma. Further research is needed on larger patient groups to see if the psychological benefits of the intervention persist for a longer time – such as a month, which is the shortest time at which a PTSD diagnosis can be made. Also, to examine if similar games can be used for people who already have PTSD. A significant proportion of refugees, for example, show symptoms of PTSD.

“Anyone can experience trauma,” says Professor Holmes. “It would make a huge difference to a great many people if we could create simple behavioural psychological interventions using computer games to prevent post-traumatic suffering and spare them these grueling intrusive memories. This is early days and more research is needed.”

The researchers at Karolinska Institutet (Sweden) and The University of Oxford (UK) have collaborated with colleagues at the Medical Research Council’s Cognition and Brain Sciences Unit, Cambridge (UK), Ruhr University (Germany), and University of East Anglia (UK). The study was supported by funding from several bodies including the UK National Institute for Health Research, UK Medical Research Council, and The Wellcome Trust.

More reading: "A picture is worth a thousand words"
BBC News story about the current study
Our press release about this research
News article in The Washington Post