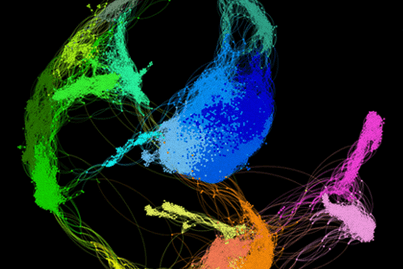 Researchers at Karolinska Institutet and SciLifeLab have developed a new method of analysis that maps the location of proteins in the cell. The information has been compiled in a database that is accessible to researchers around the world. The method of analysis, which has been published in the journal Molecular Cell, can also provide in-depth knowledge of disrupted cell function in cancer and other diseases.

Every cell in the body is made up of thousands of different proteins that are perfectly organised for the cell, and by extension our body organs, to function optimally. Cells can be compared with miniature advanced factories, where each protein has a given function and location.

Proteins on the surface of the cell are used for communication between the cell and its environment. Other proteins in the cell nucleus can copy genetic material or protect it from damage. Proteins in the mitochondria produce energy for the cell, while other proteins in the proteasomes, the cell’s waste stations, break down obsolete proteins, and so on. These processes are hugely complex.

Mapped the cellular locations of proteins

The researchers have mapped the cellular locations of proteins by developing their own method of analysis based on mass spectrometry. This information has been compiled in a large database and released in a new publication. The database can now be used by researchers around the world who are searching for information on proteins whose function is still unknown.

"The method we have developed can also be used to study whether certain diseases, such as cancer, are caused by dislocated proteins that disturb normal cell functions. It is also possible to study how cell proteins move from one location to another when the cell’s external milieu changes," says Janne Lehtiö, professor at the Department of Oncology-Pathology at Karolinska Institutet in charge of the study.

One example of the latter is the study of how around ten proteins move when cancer cells are treated with specific drugs. This provides important information about which proteins are involved in the cell's response to treatment, and thus knowledge of the drugs’ mechanisms of action.

"The method also allows the published database to be expanded by other researchers worldwide, with the aim of mapping the cell’s architecture and protein functions in more detail," says Lukas Orre, researcher at the Department of Oncology-Pathology at Karolinska Institutet and principal author of the study.

The study, in combination with another Stockholm, Sweden, based project, the Human Protein Atlas, that has systematically mapped the human proteome (network of proteins), provides a greater understanding of the cell and a comprehensive map of cell proteins.

The study was funded by the Swedish Foundation for Strategic Research, the Swedish Cancer Society, the Swedish Research Council, the Swedish Childhood Cancer Fund, AstraZeneca, the Cancer Research Funds of Radiumhemmet and the Stockholm County Council.