Platinum-chemotherapy can enhance the treatment resistance of ovarian cancer cells

Researchers from Karolinska Institutet have discovered how platinum-chemotherapy can enhance the treatment resistance of ovarian cancer cells, by progressively changing the cancer cell-intrinsic adhesion signaling and cell-surrounding microenvironment. 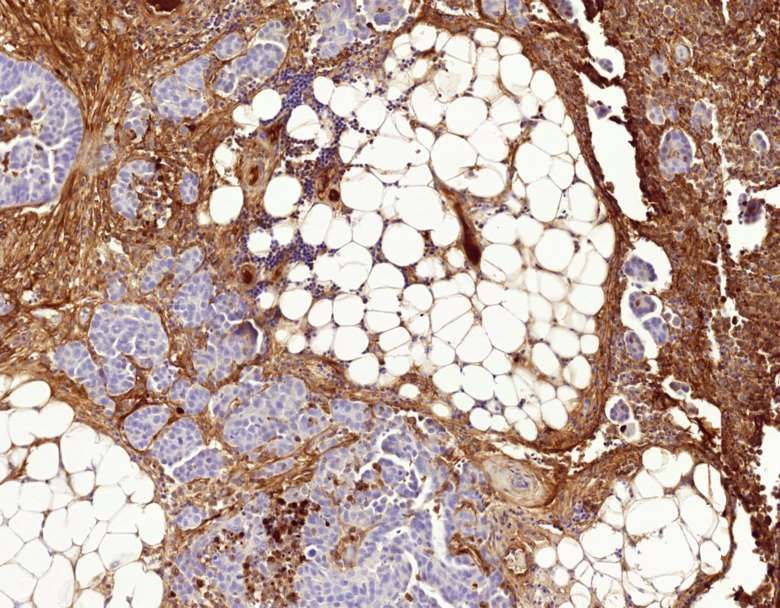 Platinum chemotherapy is standard treatment in ovarian cancers, but treatment resistance commonly develops. The extracellular matrix (ECM)-derived biochemical and mechanical cues in the tumor microenvironment are known to contribute to the ability of cancer cells to metastasize and resist treatment. However, how the dynamic communication between the cancer cells and the ECM is affected by, or influences the disease progression and chemotherapy, have remained elusive.

A new study led by Kaisa Lehti, researcher at the Department of Microbiology, Tumor and Cell Biology at KI, and published in Nature Communications, shows that the ECM microenvironment is modulated in metastasis and following chemotherapy. Changes in the ECM proteins variably altered the cell death response of the tumour cells.

“Particularly in the most aggressive solid tumor tissues, cancer cells are surrounded by a prominent fibrotic network of proteins like collagens, known as the extracellular matrix (ECM) and also defined as the matrisome when considered with various associated factors including cytokines and chemokines. The ECM/matrisome is produced largely by stromal cells, but sensed and remodeled collectively by the cancer cells and the cells of the fibrotic tumor stroma. In tumor cells, specific ECM signaling in stiff microenvironment critically increased their resistance against platinum-mediated, apoptosis-inducing DNA damage”, Kaisa Lehti explains.