People with fibromyalgia have inflammation of the brain 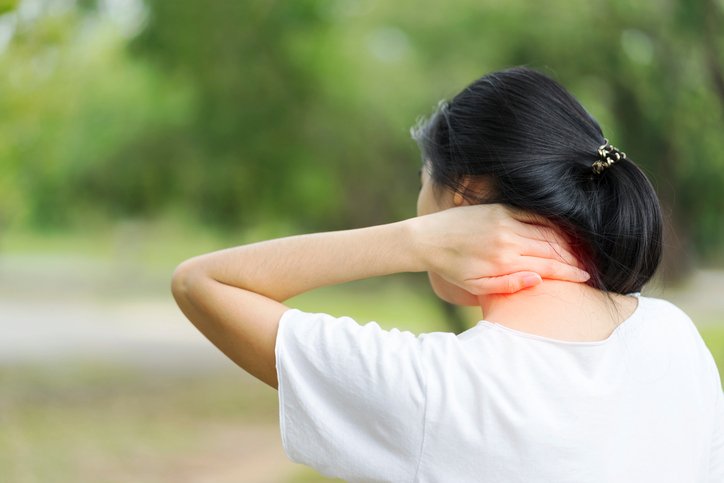 The causes of the difficult-to-treat pain syndrome fibromyalgia are largely unknown. Using PET brain imaging, researchers at Karolinska Institutet and Massachusetts General Hospital have now shown that glial cells – the central nervous system’s immune cells – are activated in the brains of patients with fibromyalgia. The finding has been published in the scientific journal Brain, Behavior, and Immunity and may open the way for new therapies.

Fibromyalgia is a chronic pain syndrome that causes extensive pain in the muscles and joints, severe fatigue, insomnia and cognitive difficulties. The higher pain sensitivity that is characteristic of the syndrome has been related to functional and structural alterations of brain regions associated with pain processing.

In 2012, Eva Kosek’s research group at Karolinska Institutet showed that patients with fibromyalgia had elevated levels of certain inflammatory substances (cytokines) in the cerebrospinal fluid, suggesting inflammation of the central nervous system. Their findings were subsequently corroborated by other researchers, but the source of the inflammation remained unknown.

“As far as we know, this is the first time it’s been shown that glial cells are involved in the pathogenesis of fibromyalgia,” says Professor Eva Kosek from the Department of Clinical Neuroscience, Karolinska Institutet.

The results show that in Swedish and American patients with fibromyalgia, glial cells are activated in large parts of the cerebral cortex, and that the degree of activation was related to the degree of fatigue reported by the patients.

Objective aberrations in the brain

“The findings may open the way for the development of completely new therapies for this currently difficult-to-treat condition,” says Professor Kosek. “The fact that scientific research is able to demonstrate objective aberrations in the brains of people with fibromyalgia will hopefully mitigate the suspicion with which patients are often treated by the health services and society.”

Today, an estimated 200,000 Swedes, mainly women, suffer from fibromyalgia. The brains of people with the condition are known to have an impaired ability to dampen pain signals, which means that things that are normally painless cause considerable discomfort.

The study was a collaboration between Eva Kosek’s research group at Karolinska Institutet in Sweden, the PET Centre at Karolinska Institutet and Dr Marco Loggia’s research group at Martinos Center for Biomedical Imaging at Massachusetts General Hospital, USA. The research in Sweden was financed from several sources, including the EU’s 7th Framework and Programme and a donation from the Lundblad Family. The Swedish part of the project was also funded by Stockholm County Council, the Swedish Research Council, the Swedish Rheumatism Association and the Swedish Fibromyalgia Association.