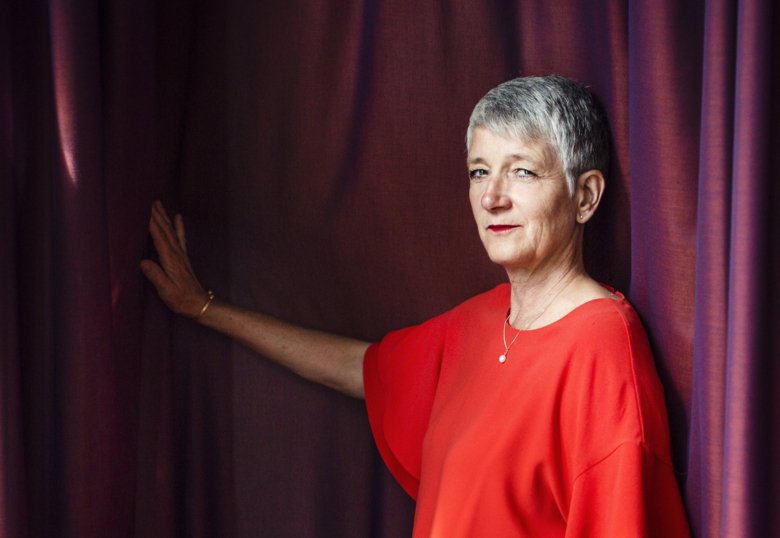 A humble ‘doer’ with vision. Professor and occupational therapist Susanne Guidetti wants to make life worth living for stroke victims. ‘I’ve learned that life can’t be taken for granted, but also that we can affect our situations much more than we think,’ she says.

What do I have to say? This is what Susanne Guidetti asks herself when I approach her about an interview. She refers to her son, the football player John Guidetti, who, at the time of his broadcast, was the youngest person to ever host Swedish Radio’s prestigious Sommar programme. Before hosting the programme, he asked himself the same thing because he was following on the heels of alpine skier Anja Pärson, who he believed was much more experienced and had shared some new details about herself. Maybe thinking they have nothing to say is a family trait, but Susanne Guidetti certainly doesn’t lack for topics to speak about. Her stories about her life and research career soon fill half of my notebook. She sees herself more as one part of a whole rather than as a separate individual.

‘I’m almost never alone,’ she says. ‘There’s no “I” in team and it’s the team that comes first if you ask me. One person can do a little, but many people together can do a lot. It’s also in dialogue with others that new ideas and thoughts emerge.’

Susanne Guidetti received her master’s degree in care sciences in 1997, studying remotely because the family was in Kenya where her husband was working as a PE teacher at the Swedish School in Nairobi. This may not sound so strange today, but you have to remember that this was before Teams and Zoom. And even before the Internet.

‘I spent my evenings and nights in the office at the Swedish School and got my course assignments faxed to me,’ she says.

When it was time to write her master’s thesis, she went to the Kenyatta National Hospital and said ‘Hi, I’m an occupational therapist. Can I do anything here?’

‘Looking back, that seems pretty bold,’ says Guidetti. ‘But I like throwing myself into things, and just resolving any problems that come up later on.’

Made life worth living

The reason she chose occupational therapy, she says, was that she realized during her internship that she could make a difference for the patients.

She herself has mostly worked with people who have suffered a stroke. Many functions can be affected after a stroke, such as mobility and balance, which can make it difficult to manage many of the everyday activities we otherwise take for granted and do without even thinking.

‘Just getting up out of bed or getting dressed can be extremely difficult. Not having the capacity to do everyday things is really tiring.’

Cognitive limitations are also common after a stroke. They aren’t visible on the outside but can cause a lot of problems in everyday life. So Guidetti realized rather quickly that different people need to have different goals for their rehabilitation.

‘I struggled for a long time with one man,’ she says, ‘trying to help him learn to put on his socks by himself. But after a whole bunch of exercises, he asked what we were doing. He was so tired once the socks were on that he had to lie down and rest instead of going to the library, which is what he actually wanted to do.’

She realized that it was instead important to listen to what each individual wanted and start from their previous life experiences.

‘I thought that you could make a cookbook with solutions to all the potential problems that the patients might have,’ she says. ‘But each person is unique. There is no solution that fits everyone.’

One thing led to the other

was not in Susanne Guidetti’s plans. She was more of a doer, not a theorizer, she thought. But with the support of her supervisor Kerstin Tham, she was enrolled as a PhD student at Karolinska Institutet and began studies from Kenya, where the family had relocated once again. Her dissertation was about the strategies patients use to resume their daily activities after a stroke or a spinal cord injury.

Her experience working in Kenya led to Susanne Guidetti later becoming responsible for the Linneaus Palme programme, a teacher and student exchange between Karolinska Institutet and the Occupational Therapy Training School in Kampala, Uganda. Along with colleagues such as Julius Kamwesiga, Vice-Chancellor of the Division of Occupational Therapy, a qualitative study on how people with strokes used their mobile phones in their daily lives.

‘In Uganda, about 80 per cent of the population lives in rural areas far from health care services,’ she says, ‘and there is a shortage of both rehabilitation opportunities and staff. However, we saw that almost everyone had a mobile telephone. This sparked the idea to investigate if it was possible to use these to support people who had suffered a stroke.’

The result was an intervention in which patients set three goals in their daily activities. A text message was then sent out in the morning as a reminder of the goals, and then a question in the afternoon about how things had gone carrying out the activities. Finding participants for the study was a huge challenge because the careful recording that we have in Sweden does not exist in Uganda. Not even addresses are recorded.

‘There were so many times I stood on a street corner waiting while Julius walked around some alley looking for the right person.’

Due to the lack of rehabilitation, many people become inactive after they’ve had a stroke.

‘I remember a man who’d been sitting inside his dark house for eight months,’ says Guidetti. ‘He was scared to get sick again and didn’t know if he could do anything. With our help, he set three activity goals: He would go out to the garden and grow crops that were important for his family’s livelihood, he would help his wife wash the sheets (and this isn’t easy without a washing machine), and he also wanted to be able to grasp the beads in his rosary. He received a text message every day for eight weeks. When we met with him again, he had improved and could carry out these activities using different strategies. He wanted to continue receiving the text messages, but this was just one part of a study that was now concluded.’ 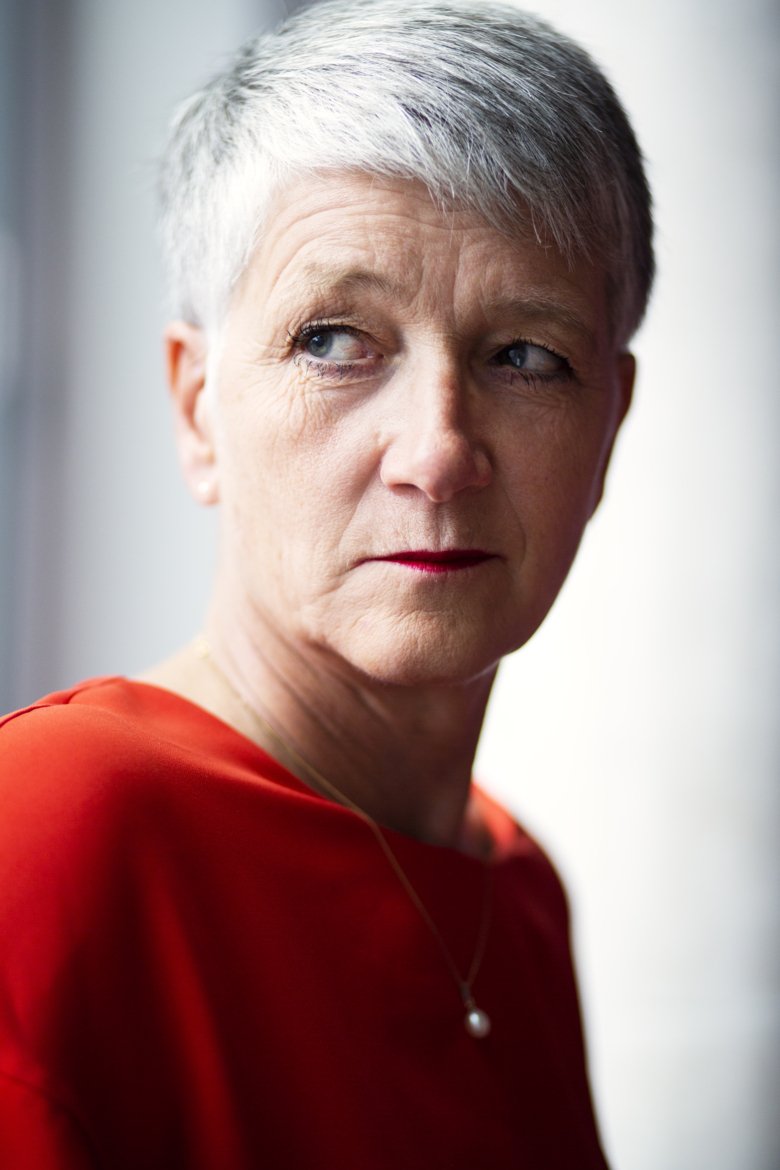 Takes nothing for granted

Conducting a study in Uganda is special, she says.

‘In Sweden, there’s always rehabilitation to offer,’ says Guidetti. ‘But in Uganda, people who don’t participate in the study receive virtually no rehabilitation at all. But from a research methodology perspective, it can be said that the results are clearer when the experimental group and the control group get completely different treatments.’

The pilot study showed that it was possible to conduct a larger study and the researchers also saw that there were differences between the groups when it came to carrying out the activities, and a belief in their own abilities before and after the intervention. The people who participated were also very positive and liked getting their text messages and receiving strategies for everyday life. Susanne Guidetti and her colleagues have now received a grant for a larger evaluation study to both test the concept in Sweden and to evaluate the intervention in Uganda. If the results are good, she hopes that the method can be disseminated.

‘Fewer people in Sweden today suffer strokes than previously, largely due to more effective treatments,’ she says. ‘But worldwide, we can still see an increase. If we can use a simple mobile solution to offer a more active life for stroke victims and people with other diagnoses, that would be really great.’

Something she has learned in her work with people who suddenly have their lives turned upside down is gratitude.

‘This is also something I’ve learned from people in East Africa, where you often can’t take anything for granted,’ she says. ‘In Sweden, people complain sometimes that they have to pay high taxes, but I’m happy that I get to pay taxes. Everything costs money. That’s something we have to understand.’

Her basic attitude is that we can influence our situations.

‘Very few things come free and hard work pays off,’ says Susanne Guidetti. ‘I think it’s important to always make the best of your situation and your life. Every day is a gift.’

Title: Professor of Occupational Therapy at the Department of Neurobiology, Care Sciences and Society, Karolinska Institutet.

Motto: Every day is unique.

How I relax: By being active rather than resting. Kayaking, skiing, spending time with family and friends. ‘I don’t sleep long but I sleep well, so I’m rarely tired and get a lot done.’

I’m inspired by: Meeting with my patients – all encounters with people inspire me.

Best researcher quality: ‘I’m a workhorse. And I’m really stubborn. I don’t give up. I also think that I’m good at bringing people together who can enrich one another’.

I’ve worked 33 summers now at the kollo summer camps, and it’s been very rewarding. When I asked one time if anyone had heard me lecture before, a student answered ‘Yeah, as a ghost at summer camp’.

Our research team consists of 24 people with many different skills and expertise. Our most recent PhD student, for example, is a speech therapist. A multi-professional approach is needed to ensure the best outcome for the patient.

My colleagues in East Africa often say that ‘In our country, we own our time. In your country, time owns you’. There’s a lot of truth in that.

My husband likes to say that I’m a trendsetter. For example, developing this intervention using mobile phones – we were out early with that. Now everyone’s developing an app.

Interviews and portraits – meet our researchers