Caption:
In order to sense their local environment, cells are constantly sending and retracting protrusions at the cell edge. The images show part of a cell segmented into 1 x 1 micrometer sampling windows used to analyze its local behavior. The red arrows in the left image indicate the speed and direction of local movements of each segment at the cell edge. The middle image shows the activity levels of the signaling protein Rac1, while the left image shows the levels of the mechanical forces generated where the cell attaches to the underlaying surface. Image: Jianjiang Hu

A new study by researchers at Karolinska Institutet shows that the local activity of the signaling molecule Rac1 controls cycles of microscopic protrusions and retractions of the cell membrane. The cell uses these cycles to sense its surroundings, which among other things affects the cell's ability to move. Understanding of the cellular and molecular mechanisms that control cell movements, can help us to develop better diagnostics and treatment of various diseases such as cancer.

To sense their surroundings, cells use cycles in which microscopic cell protrusions are formed and retracted. The ability of cells to sense their surroundings is important for, among other things, the uptake of nutrients, but also for the cell's ability to move in a certain direction. The cell's ability to move is crucial for embryonic development and tissue repair, and in many disease states, such as when cancer cells spread (metastasize), as well as in inflammation and fibrosis. By understanding the cellular and molecular mechanisms that control cell movement, we can develop better diagnostics and treatment for cancer and other diseases. 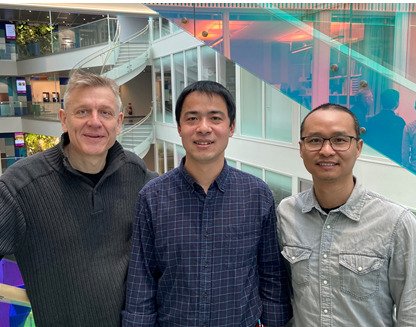 "It is the local activity of the signaling molecule Rac1 that paradoxically controls both the protrusion and retraction of the microscopic cell membranes by switching between an active and an inactive state in different parts of the cycle," says Professor Staffan Strömblad, who together with his group at the Department of Biosciences and Nutrition, Karolinska Institutet, is responsible for the study. "We have also for the first time been able to show that Rac1 controls the mechanical forces between the cell and its attachment surface".

The next step for the group will be to at the molecular level map how Rac1 can control both the protrusion and retraction of local cell membranes, and how Rac1 controls the cell's power-generating machinery.