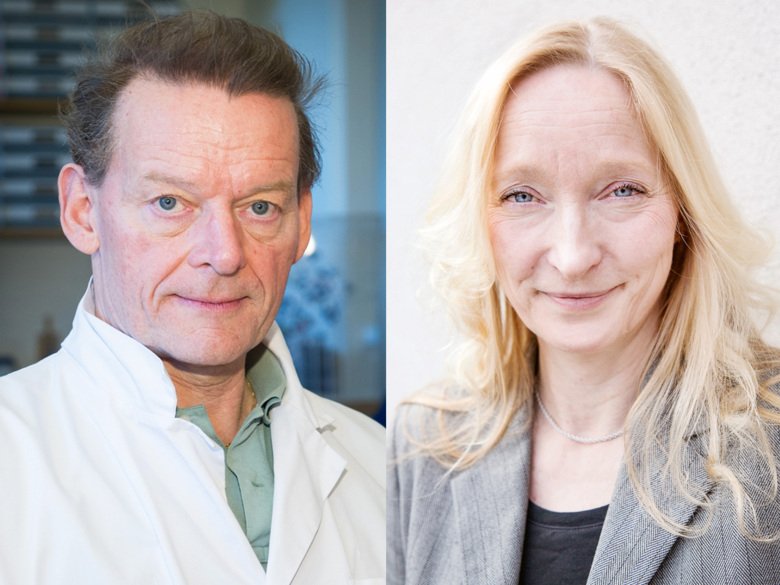 Two researchers at Karolinska Institutet, Per-Olof Berggren and Birgitta Henriques-Normark, receive a total of SEK 68 million in grants from the Swedish Foundation for Strategic Research, SSF. The Med-X research program is an interdisciplinary initiative in medicine and technical science. The purpose is to provide new solutions for clinical needs.

In total, six projects in Sweden share SEK 200 million, with the individual grants being between SEK 24 and 35 million each for a five-year period. A total of 67 applications were received.

Researchers at KI who have been awarded grants

Professor Per-Olof Berggren, at the Department for Molecular Meidcine and Surgery has been awarded 32 962 368 SEK with the project ”Micrometer-scale wireless cell fluorescence detection device"

Our long-term goal is to develop a fully-implantable wireless micrometer-sized sensor device for dynamic health functional monitoring in diabetic and pre-diabetic patients.

The goal for the five-year-project is to develop the technical platform and evaluate it in vivo in animal models. Genetically-encoded fluorescent biosensors that report cell function will be expressed in pancreatic islet cells. The islet will be incorporated in a miniaturized optoelectronic fluorescence recording device that can be implanted and read the signal from the biosensor in vivo.

The work plan includes development of a bio-compatible scaffold that will integrate an islet with a fluorescence recording system, which will allow islet vascularization and innervation to permit full functional in vivo integration. A wired photonic microdevice will be developed as the first intermediate prototype, including components for fluorescence excitation and detection, to evaluate system architecture and function. A miniature ultra-low-power integrated circuit will be developed to serve as control electronics, and wireless power and data transfer techniques will be developed.

Expected final results include methods and technology to manufacture the functional bio-compatible scaffold, an integrated circuit and the power transfer technique. Finally, the fully integrated wireless photonic microdevice will be completed and tested in vivo.

Professor Birgitta Henriques-Normark, at the Department of Microbiology, Tumor and Cell Biology has been awarded SEK 35 000 000 with the project ”Bacterial exosomes and their nano-mimics as vaccine”

The project aims at using novel technological approaches to develop nano-vaccines against Gram-positive infections with a focus on infections caused by pneumococci, Group A streptococci and Staphylococcus aureus. These infections are major causes of mortality and morbidity globally and new approaches are urgently needed. The main goal is to generate new nano-vaccines based on bacterial exosomes. Bacterial exosomes are produced by bacteria and are composed of proteins present in the outer leaflet of the plasma membrane. Our preliminary data suggest that bacterial exosomes are protective in mice.

We will characterize bacterial exosomes and identify protective antigens, and generate mimic exosomes and exosome-inspired functionalized nano-probes using bioengineering approaches. To optimize the composition, binding properties and fate of the exosomes and nano-probes, to be developed as vaccines, they will be studied in vitro and in vivo using biophysical and biomedical techniques. We will adapt fluorescence-based ultrasensitive, super-resolution imaging and spectroscopy technologies, harnessed with a new generation of single-photon detectors in our pathogenesis models to reveal knowledge on detailed underlying molecular mechanisms and host-bacterial exosome interactions. Generated vaccine candidates will be studied in our mouse protection models. We expect that the fluorescence, photon detector and nanoparticle technologies developed will find a broad biomedical applicability.