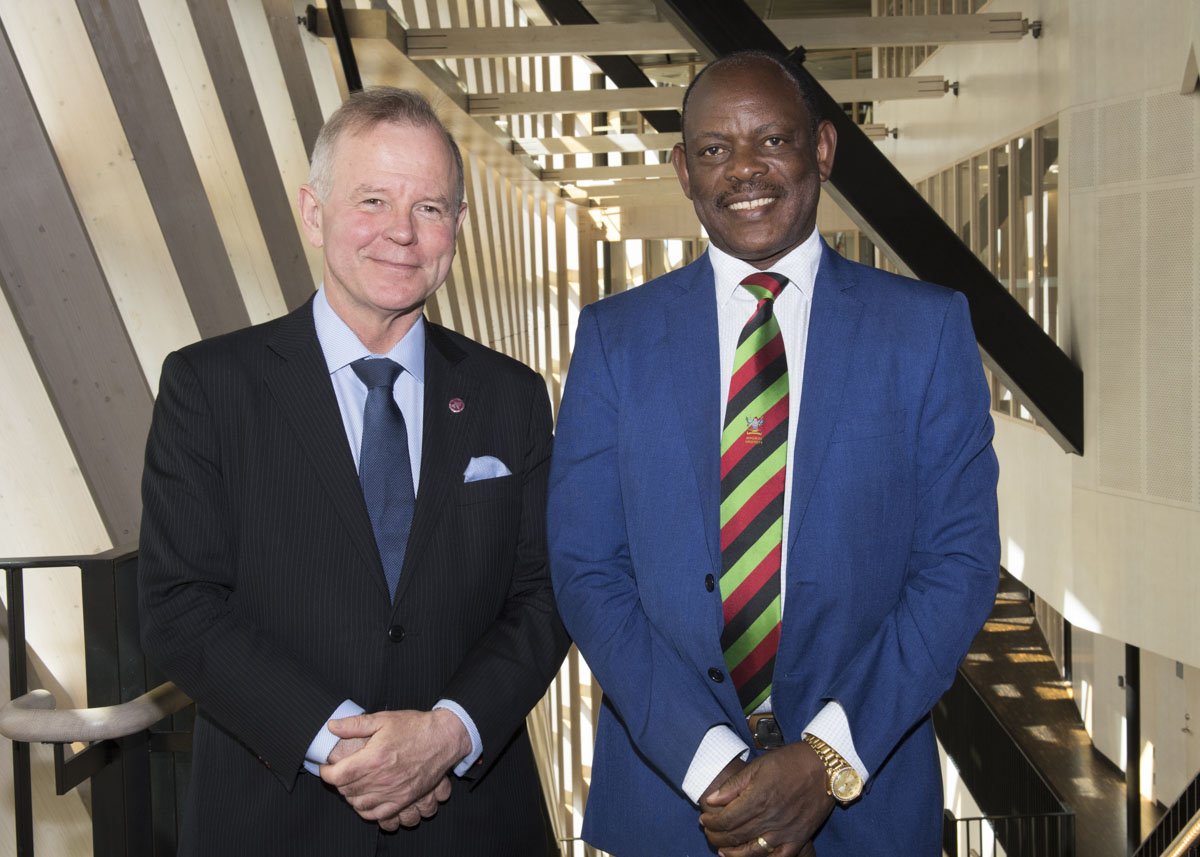 A delegation from Uganda’s Makerere University visited Karolinska Institutet on 7-8 June for talks on strengthening the collaborative partnership between the two universities.

The delegation, which was led by Makerere University’s vice-chancellor Professor Barnabas Nawangwe, met the Karolinska Institutet (KI) management to discuss the long-standing collaboration between the two institutions. The partnership, which began back in 2003 with the first memorandum of understanding, enables doctoral students to obtain a joint PhD from both universities.

“The partnership with Makerere University is one of our most important and far-reaching international partnerships, including as it does student and teacher exchange, joint doctoral education and research collaboration,” says KI president Ole Petter Ottersen.

During the visit, which included a tour of KI’s new Neo and Biomedicum research facilities, discussions were held on common research interests surrounding non-communicable diseases, such as cardiovascular diseases, cancer, diabetes and chronic respiratory infections that can lead premature death. Apart for the human suffering they cause, they are also a major global economic burden and most countries are doing all they can to develop their healthcare systems to prevent and treat the diseases.

KI and Makerere University are now working on strengthening their research and collaboration in the NCD field and will be launching a pilot study in August on conducting longitudinal studies of risk factors for cardiovascular disease in Uganda.

To date, some 40 doctoral students from Uganda have graduated through the partnership and joint degree scheme, and over 500 peer-reviewed scientific articles have been published. It is hoped that the enlarged pool of researchers and locally targeted research on health issues and healthcare systems will have an impact on the development of Ugandan civil society. In many cases, the outcome has been policy reforms and changes in practice.

More than 300 students and teachers from KI and Makerere University have been on exchange at a Bachelor’s and Master’s level at each university, and strong research capacity has been built in both countries over the years. There are now many alumni from the partnership, and both universities consider them a group worth taking better care of.